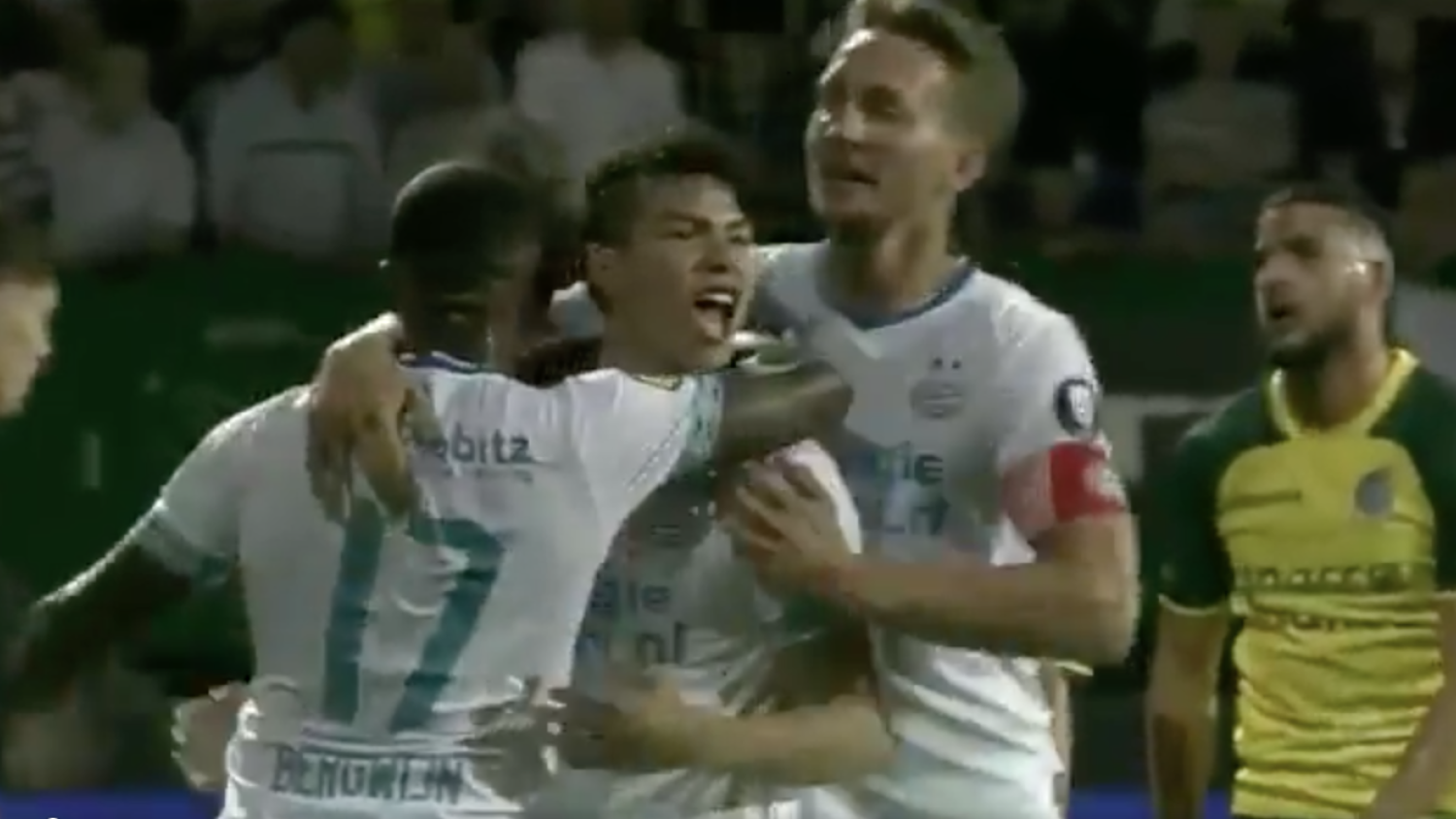 Hirving Lozano has two goals in two matches with PSV this season, though the second was kind of sloppy.
@Mobyhaque1 | Twitter

Mexico’s 23-year-old winger made it two goals in two Eredivisie matches, scoring the opener for PSV Eindhoven against Fortuna Sittard on Saturday.

Against newly promoted Fortuna, Chucky opened the scoring in the 33rd minute, finishing off a sloppy goal.

Another week another Goal for Hirving Lozano pic.twitter.com/9b5ojopLJJ

Hey, they all count.

The match ended 2-1 for PSV, which substituted Chucky out of the match in the 66th minute. Andrija Novakovich equalized for Fortuna in the 61st minute, but Dante Rigo saved the day in the 90th minute for PSV.

Lozano’s goal again raises questions as to why the El Tri star hasn’t moved to a bigger club yet.

Last season he tallied 17 league goals, finishing fifth in the Golden Boot race in his first season in the Netherlands, winning a league title in the process. Chucky raised his profile in Russia over the summer, scoring against Germany and playing so well the Mexico fans began chanting his name to the tune of Seven Nation Army.

Lozano’s impressive displays garnered interest from English clubs, who are no longer in the running to sign the winger because the English transfer window has closed. Transfer windows in other leagues in Europe are still open, so it’s possible Chucky still makes a move, though it’s growing increasingly unlikely.

PSV plays its biggest two matches of the year in the coming week and a half. Trying to reach the Champions League for the third time in four years after spending last season in the Europa League, PSV faces BATE Borisov in a two-legged affair to enter the Champions League group stage. The first leg is Tuesday followed by the return leg in Eindhoven on Aug. 29.

PSV will want Lozano out there for those matches, which would cup-tie the youngster, preventing him from playing in the Champions League for any other club and therefore decreasing the likelihood of a transfer.

That said, there’s still a chance Hirving Lozano moves on this summer or even in the winter transfer window. Either way, he keeps raising his value with every goal.