Chucky Lozano Shows No Signs Of Slowing Down, Scores Cracker In First Match Of Season For PSV 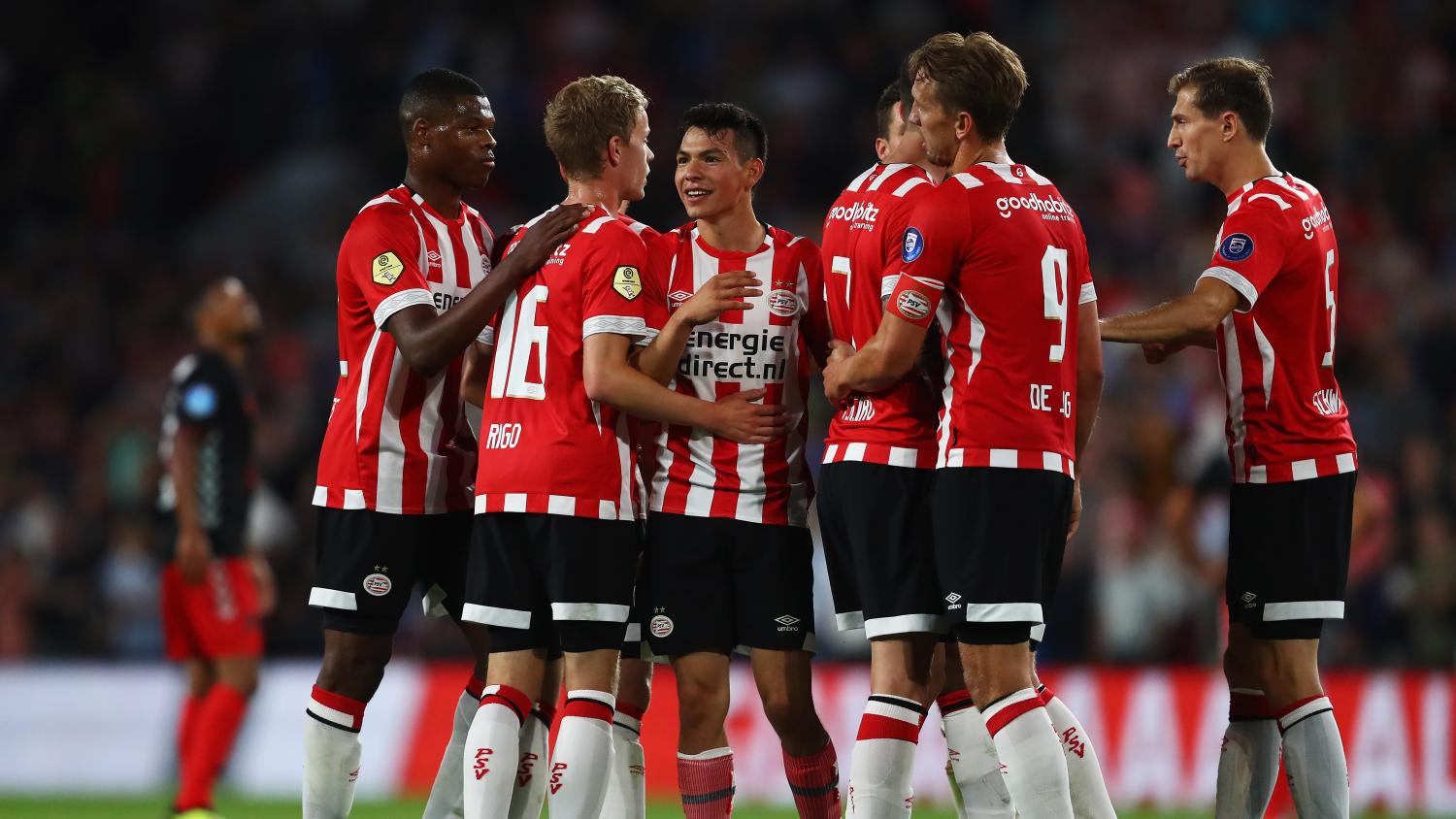 PSV leads the Eredivisie in part thanks to the Mexico international’s first goal of the season.
Getty Images

After a torrid World Cup with Mexico, the 23-year-old winger scored yet again in PSV Eindhoven’s first league match of the season.

Chucky was a second-half sub in the 2018 Johan Cruyff Shield match on Aug. 4 against Feyenoord, which ended in a 6-5 loss on penalty kicks for PSV. The Mexico City native started and played the full 90 against FC Utrecht in the opener of the Dutch Eredivisie on Saturday.

The Chucky Lozano goal vs Utrecht came in the 77th minute, with PSV already up 2-0. Luuk de Jong had a one-on-one denied by goalkeeper David Jensen but the ball bounced right to Chucky, who smashed the ball into the back of the net first time with authority.

Even if Jensen had been fully set for the shot, it’s unlikely he would have been able to save Lozano’s cracking effort.

Chucky’s goal wasn’t even the best of the day for the Boeren. That honor went to Gastón Pereiro, who lofted a lovely free kick into the top right corner in the 16th minute.

In his first season with PSV, Chucky scored 17 Eredivisie goals to finish fifth in the Golden Boot race and help PSV win the league title. At the 2018 World Cup in Russia, Lozano played in all four matches for El Tri, scoring the winner against Germany and generally impressing with his play. He also had an assist.

With the Chucky Lozano goal vs Utrecht, the Mexico international is off to another prolific season in the Netherlands.