Why Is Seven Nation Army A Soccer Chant? 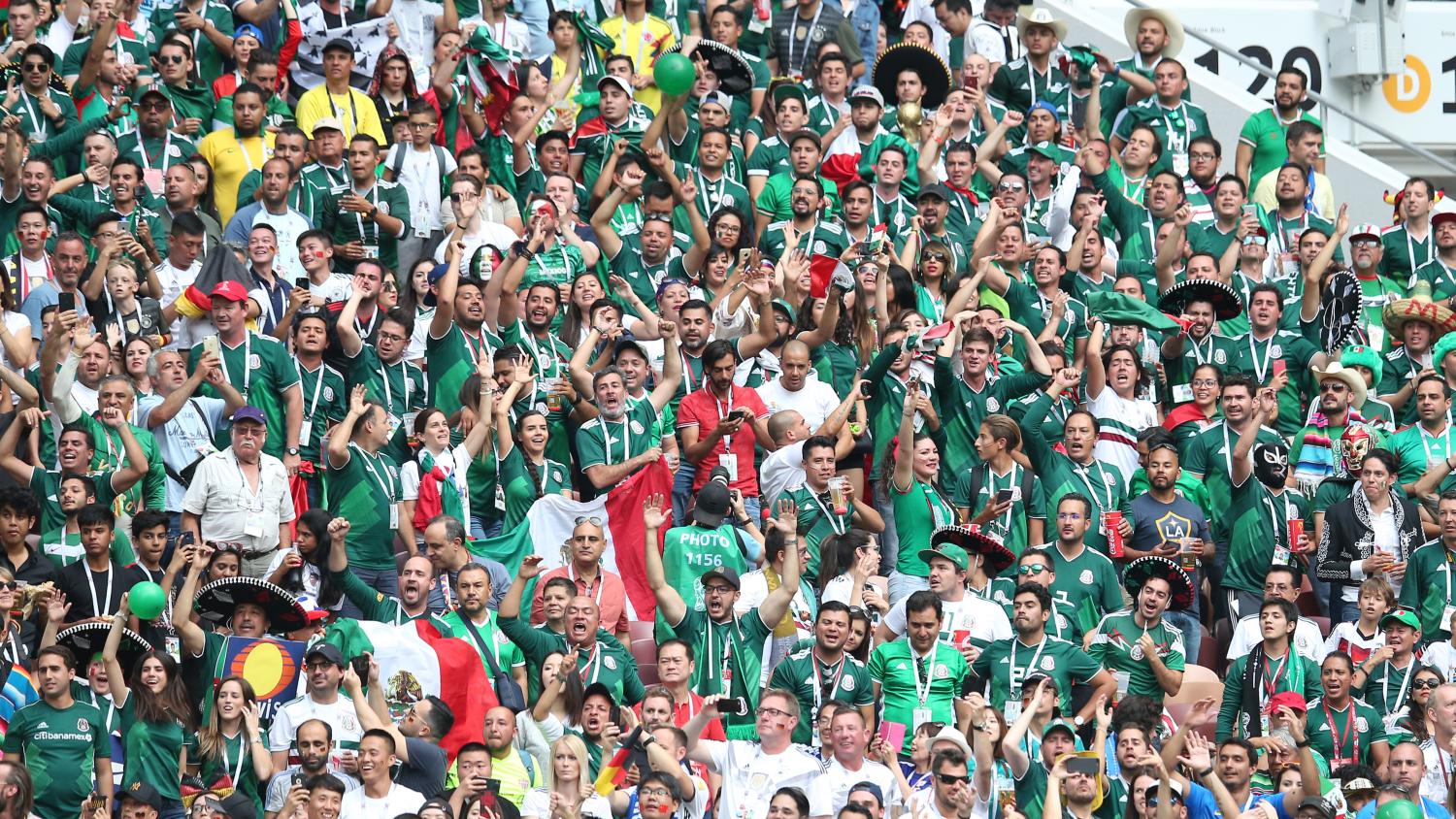 Fans of Club Brugge made Seven Nation Army a soccer chant in 2003. Since then, the White Stripes' hit has conquered sports from the NFL to the World Cup.
Shutterstock.com

The story of why is Seven Nation Army a soccer chant began, as most great stories do: in a bar, before a soccer match. But what makes Seven Nation Army such a unique force in soccer culture is not its small-time origin story or even its catchy riff — it’s the ability for people around the world, regardless of language or background, to meld as one in a unique chorus.

The 2018 World Cup has seen a resurgence of the White Stripes song Seven Nation Army as a soccer chant. Before every match, as players trot onto the pitch alongside little mascot children, the Russian speakers blare the unmistakable riff from a semi-hit song released in 2003.

Seven Nation Army rose to prominence at the 2006 World Cup, when it was a huge hit in stadiums in Germany and Italian fans adopted it as their unofficial anthem. It’s been blasted all over American sports stadiums, from NFL and college football to the NBA and NHL. Fans around the world have modified it to fit their favorite players’ names into the seven-note chorus: Javier Mascherano, Santi Cazorla, Robin van Persie and, now, Chucky Lozano.

It’s unavoidable in Russia during the 2018 World Cup.

So why is Seven Nation Army a soccer chant?

For that, one must go back to 2003, seven months after the song was released as the lead single from the White Stripes’ fourth studio album, “Elephant.”

Why Is Seven Nation Army A Soccer Chant

The Rossoneri had just won the Champions League with the likes of Paolo Maldini, Alessandro Nesta, Andrea Pirlo, Clarence Seedorf, Andriy Shevchenko and Filippo Inzaghi. Rivaldo, the 1999 Ballon d’Or winner, couldn’t even get off the bench in the final, a win over Italian rival Juventus. Milan went on to win the Serie A in 2004, finishing 11 points ahead of second-place AS Roma aided by the newly signed Brazilian Kaka.

One October weeknight in Milan, Club Brugge was in town for a group-stage clash on Match Day 3 of the Champions League. In a group that also included Ajax and Celta Vigo, every point was vital for both clubs.

Before the match, a number of Club Brugge fans were at a local bar in Milan before heading out to the San Siro, one of the meccas of soccer. Seven Nation Army came on the stereo at the bar and fans began chanting along — and continued to do so as they marched to the stadium.

That night, Club Brugge scored an unlikely 1-0 victory over the European giant, Peruvian Andrés Mendoza scoring the lone goal in the 33rd minute, Blauw-Zwart fans singing the OH oh-OH-oh OHH OHH all the while. Back into the streets the delirious fans filed out, still singing this new American song as if it was the national anthem.

Buoyed by the night’s magnificent scenes, the Club Brugge fans brought the chant back to Belgium, where the Jan Breydel Stadium adopted it as the team’s anthem.

But it was still just a one-team chant on the periphery of Europe’s glamor leagues.

In February of 2006, long after most American radio stations stopped playing Seven Nation Army, AS Roma was visiting Bruges, replete with stars like Francesco Totti, Daniele de Rossi and Simone Perrotta. The Italians (fans and players) heard Club Brugges’ Seven Nation Army anthem and took an immediate liking to it. Totti reportedly went right out and bought the first White Stripes Album he could find.

The Roma fans brought the chant back to Rome with them and it slowly grew in popularity, known in Italy as the “po po po” song, though Totti butchers the tune.

During the World Cup that summer, the Italians rode a wave of defensive solidity and Zinedine Zidane madness to their fourth world championship. While all fans chanted along the familiar Seven Nation Army refrain throughout the tournament, nowhere was it more prevalent than when the Azzurri were playing.

Seven Nation Army as a soccer chant had become global.

Across the pond, Seven Nation Army was picking up steam as well. The U.S. added a considerable portion to the World Cup audience in 2006, but the USMNT crashed out in the group stage (but not before giving Italy a black eye in what should have been an American victory). Perhaps because of this, the tune became popular at college football stadiums, joining “Kernkraft 400” by German artist Zombie Nation as one of those anthems with which everyone wants to sing along.

Notably, the fans at Penn State’s Beaver Stadium added it to their repertoire during football games. (This was before Joe Paterno was disgraced for harboring a pedophile.) A marching band version of the song was quickly licensed and 2,000 copies were sold.

From there it spread all over the western world. From the 2008 Euros to the NFL, the song was right up there alongside traditional American stadium favorites like “We Are The Champions,” “Rock And Roll Part II” or “Sweet Caroline.”

But at the 2010 World Cup in South Africa, the song was drowned out. Replacing any chanting, singing or music of any kind was the incessant buzz of the vuvuzela. The tune was barely heard in 2014 in Brazil.

Throughout the 2010s, Seven Nation Army was still a common soccer chant throughout Europe (and at American sporting events). Clubs used it to celebrate individual players whose names fit the seven-syllable refrain, but it faded in popularity — until this summer.

With the World Cup back in Europe for the first time since 2006, the White Stripes are back on the world’s biggest stage.

The usage of Seven Nation Army as a soccer chant is just as high now as it ever was.

Mexico fans started off singing Oribe Peralta’s name to the chant but have switched to El Chucky Lozano. Colombia fans forced El Tigre Falcao into the lyrics. France fans better get on to chanting Kylian Mbappe’s name or we’ll be very upset.

It’s all just another chapter in explaining why is Seven Nation Army a soccer chant — one that doesn’t seem to be going away anytime soon.