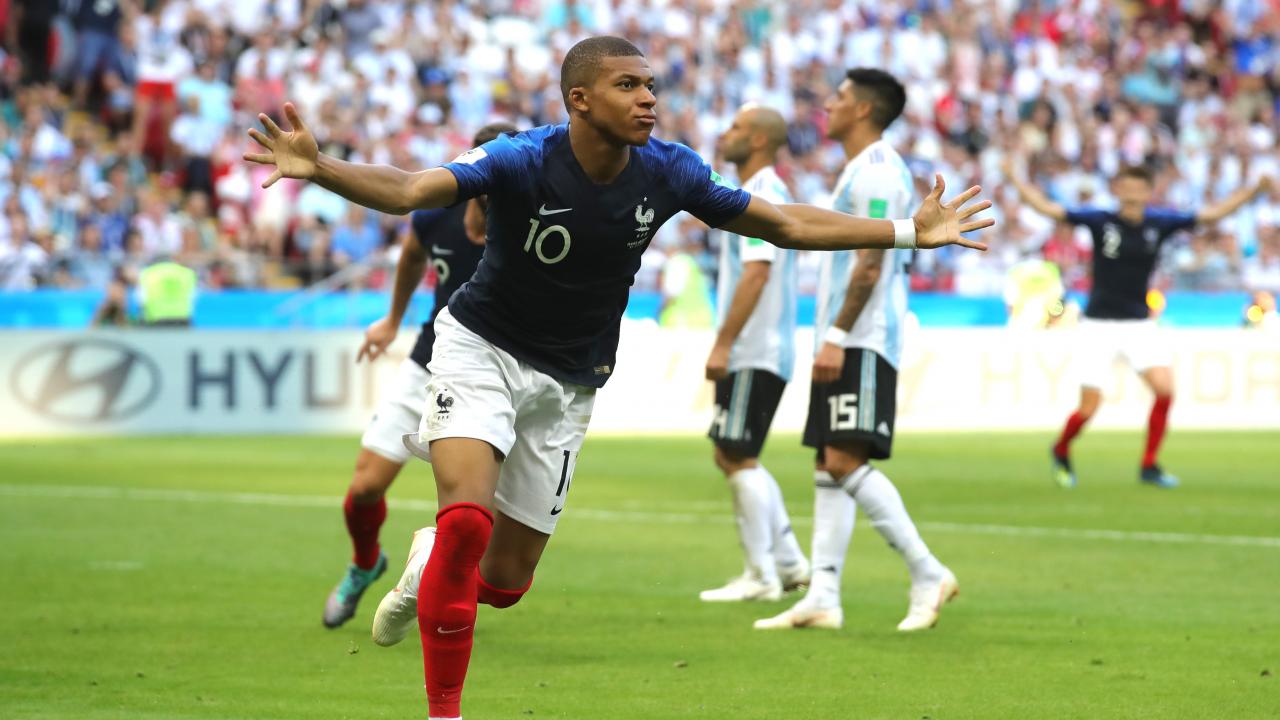 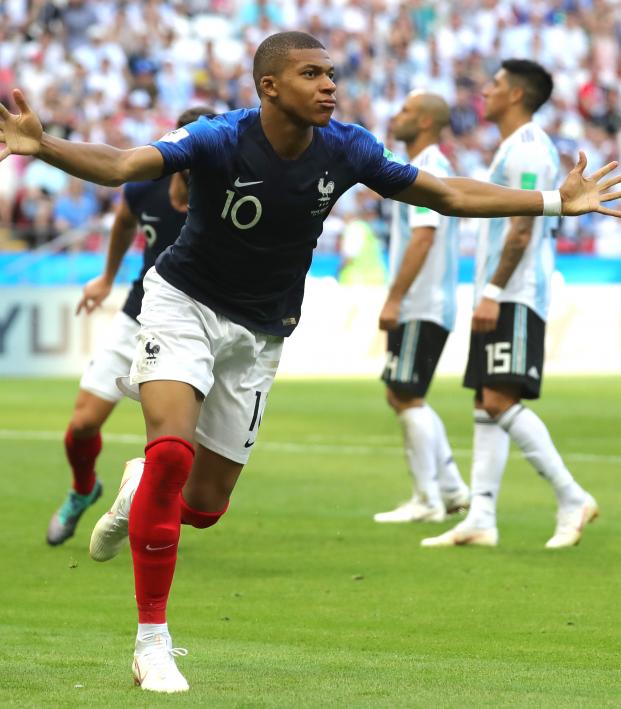 Mbappe, Not Messi, Made Argentina-France Look Like A Game Of FIFA With Scintillating Skill, Speed

On Saturday in Kazan, Kylian Mbappe was playing a video game; everyone else was just trying to keep up. In a match full of some of the world’s best talent including the inimitable Lionel Messi, the 19-year-old PSG forward outshined all other stars in the France vs Argentina highlights.

France beat Argentina 4-3 thanks to two goals from Mbappe, who tore up the Argentine defense for nearly 90 minutes. The teenager’s performance was so damn dominant, France coach Didier Deschamps felt compelled to take him out in the 89th minute just so the fans could applaud the magnificent display.

From the opening minutes, Mbappe was playing at a completely different level compared to everyone else. He zoomed past defenders like they were Armos from the Zelda game series, adding in the type of skills, flicks and tricks that only a precocious youngster would attempt in a match of this magnitude.

Mbappe became the second youngest player to score two goals in a World Cup knockout stage. The youngest? None other than Pele.

We’ll get to all the Mbappe moments as we go through the France vs Argentina highlights. But first, a word on Lionel Messi.

This was perhaps the final international match for one of the greatest players the game has ever seen. He was conspicuously absent throughout the World Cup. Much of this was down to being the focus of opposition defenses, but so are folks like Neymar and Cristiano Ronaldo, who have had no problem putting their marks on the 2018 World Cup, for better or worse.

This was a disappointing end for the legendary Argentine, who unfortunately be remembered more for his failure with the national team than his amazing exploits at the club level.

France vs Argentina Highlights — First Half

France opened the match with all the verve and forward momentum. In the ninth minute, Griezmann stung the post with a free kick.

Not long later, Mbappe exploded past the entire Argentine defense, including Marcos Rojo, who took the PSG forward down for an obvious penalty kick.

Mbappe kept terrorizing the Argentine defense and nearly drew another penalty kick within the opening 20 minutes. This time he was taken down just outside the box and Paul Pogba blasted the ensuing free kick over the bar.

Kylian #Mbappé is giving #Argentina a lot of problems. Great run in behind, outpaced 3 defenders, took down the long ball with a superb touch, and won a dangerous free kick right outside the box. #France#FRAARG #LesBleus #FRA #ARG pic.twitter.com/G2uTDBzKqO

Argentina looked incapable of creating anything moving forward in the first half. Les Bleus sat back and allowed La Albiceleste to come at them, clamping down with their midfielders when Argentina moved the ball into the middle to start a quick counter attack.

But that strategy doesn’t work when the midfielders fall asleep, as happened when Angel Di Maria was given acres of space to launch a ballistic missile into the back of the net from 30 yards.

France vs Argentina Highlights — Second Half

Buoyed by the goal late in the first half, Argentina came out on the front foot in the second half. After Di Maria drew a free kick in the left corner, a shot from Lionel Messi was turned in by defender Gabriel Mercado. Hugo Lloris didn’t react to Messi’s first shot or the deflection to give La Albiceleste their first lead in the 48th minute.

The goal meant for the first time France was behind at this World Cup and all it did was awaken the beast.

France equalized about 10 minutes after going behind thanks to a cracking volley from right back Benjamin Pavard.

Then Mbappe took over.

The first goal came when the teenager was just quickest to react to a loose ball in the box, moving around all other players to shoot past Armani.

Then Mbappe finished a clinical French attack, aided by an inviting assist from Olivier Giroud.

Take a second look at the build up. France just sliced through Argentina with ridiculous ease.

Wonderful buildup by #France for their 4th goal! Starting all the back with Lloris, it only took 5 quick passes to slice through the entire #Argentina team, and then Mbappé finished it off with aplomb. Great football! #FRAARG #LesBleus #JogaBonito #FRA #ARG pic.twitter.com/kWz2zvcxmJ

Sergio Aguero, a second-half sub, made it 4-3 in the 93rd minute with a nice header, but it was too little too late, though it did made for a nervy finish.