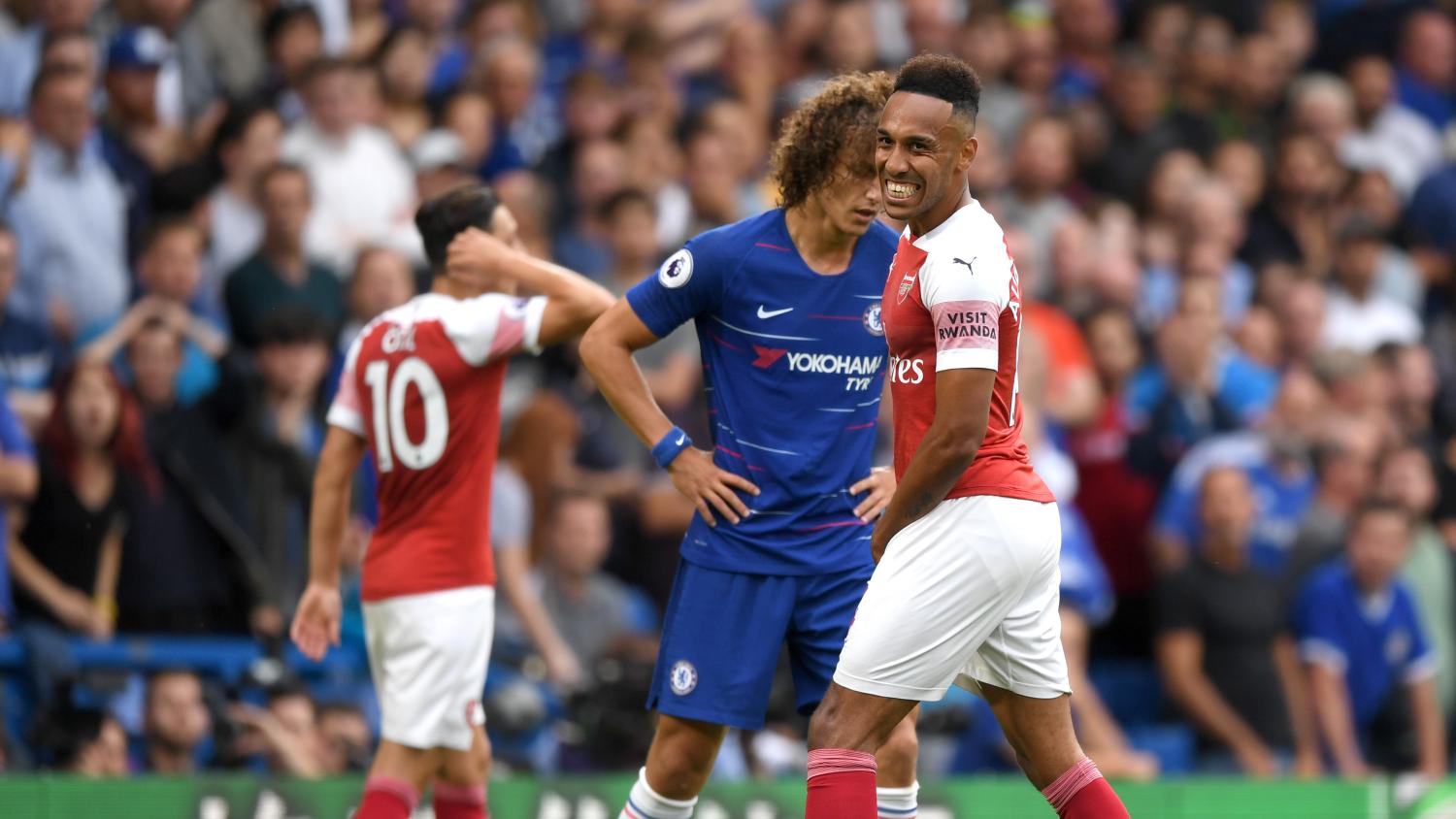 Aubameyang and Mkhitaryan combined for some shocking displays in the final third.
Getty Images

Chelsea defeated Arsenal 3-2 on Saturday at Stamford Bridge in London. But the Gunners repeatedly shot themselves in the foot with some shocking wayward shots, chief among them the first Pierre-Emerick Aubameyang miss.

Arsenal, under new coach Unai Emery following longtime boss Arsene Wenger’s departure after last season, lost its first two matches of a season for the first time since 1992. Much of that comes down to some poor finishing.

While a 2-0 loss to Manchester City wasn’t much of a surprise, Arsenal failed to convert a few chances you’d expect an Arsene Wenger-coached team to put away. Traveling across town to face London rival Chelsea on Saturday, the finishing didn’t get much better.

The Blues opened the scoring through Pedro in the ninth minute as Arsenal’s defenders showed a preview of the type of showing the Gunners’ forwards would soon put forth.

Arsenal should have equalized soon after but for a deplorable Aubameyang miss, the worst of the game as he improbably skied his shot.

Aubameyang with a hideous miss for Arsenal Vs Chelsea pic.twitter.com/N7m8nJTiq5

The Aubameyang miss proved costly as Chelsea immediately went down the other way and doubled its lead through Álvaro Moratao.

What a finish from Alvaro Morata  pic.twitter.com/KhhPhrNSmJ

About 10 minutes later, Arsenal’s Henrikh Mkhitaryan joined in on the skyward shooting, somehow missing from inside 10 feet with the goal gaping.

Mkhitaryan did redeem himself, deciding to actually shoot at the goal for Arsenal’s opener and setting up Alex Iwobi for the Gunners’ second.

Arsenal have their goal! A beautiful finish from Mkhitaryan! pic.twitter.com/GtX52Q7p6z

But Arsenal wasn’t done with challenging the Chelsea ball boys.

A second Aubameyang miss denied Arsenal the lead going into the half, his tame effort skidding wide.

Did Arsene Wenger take Arsenal’s shooting boots with him when he left the club? Sure the Gunners aren’t trying to walk it in, but on a day when Theo Walcott scored (and Harry Kane actually got a goal in August), Arsenal showed inexcusable composure in the final third.

Chelsea ultimately pulled out the win thanks to a fine piece of skill from Eden Hazard (or maybe just bad defending from forward Alexandre Lacazette) to set up Marcos Alonso for an 81st-minute winner.

Marcos Alonso scores what could be the winner for @ChelseaFC!

Wonder if Aubameyang would have put that away?