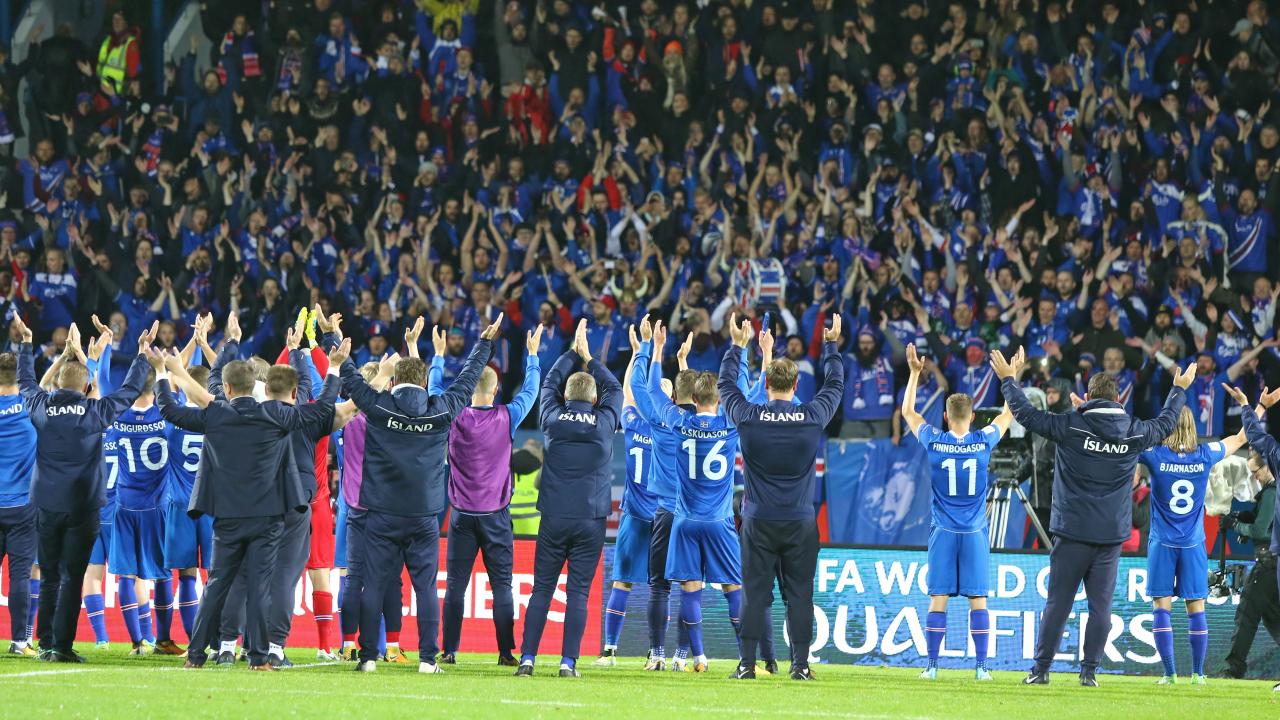 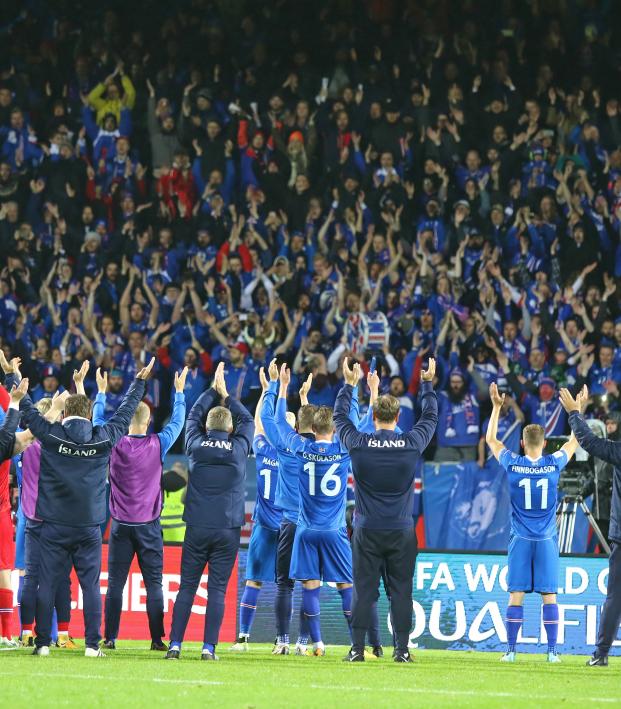 What Has Happened To Icelandic Soccer?

Travis Yoesting November 15, 2018
Once the darling of the Euros, Iceland finished a horrific 2018 with Nations League relegation.

In 2016, Iceland was the darling of the football world. Buoyed by bearded backers belting out their brilliant Viking chant, Iceland reached the quarterfinals of the European Championship, the country’s first-ever major international tournament.

The following year, Iceland qualified for its first-ever World Cup, becoming the lowest-populated country to ever reach the tournament. Qualification coincided with Iceland peaking at No. 18 in FIFA’s rankings of international teams earlier this year, an astonishing climb after hitting the nadir of No. 131 just six years prior.

Heading into the 2018 World Cup in Russia, Iceland was the hipster’s favorite, a team many Americans began supporting after the U.S. failed to qualify.

But 2018 has not been kind to Icelandic football.

Since qualifying for the World Cup with a 2-0 win over Kosovo on Oct. 17, 2017, Iceland has managed to beat just one country: Indonesia.

There have been some positives for Iceland, to be sure. The country “beat” Argentina 1-1 in the World Cup, stunning Lionel Messi and Co. in their World Cup opener. They also drew 2-2 against world champion France in a friendly in October.

Most of 2018 has been one disappointment after another.

Iceland began the year with a couple friendly victories over Indonesia by scores of 4-1 and 6-0. While Indonesia is the world’s fourth-largest nation (about 800 times larger than Iceland), its soccer is not great, currently ranked No. 160 in the world and having not played in a World Cup since 1938 (as Dutch East Indies).

Iceland played a couple of pre-World Cup friendlies in the U.S. in March to try to gain some fans but that did not go well. Mexico thrashed Iceland 3-0 with two goals from Miguel Layún in Santa Clara, California, and Peru won 3-1 in Harrison, New Jersey.

Iceland played two teams that failed to qualify for the World Cup right before the tournament and couldn’t find a way to make things click then, either. First came a 3-2 defeat to Norway and then a 2-2 draw with Ghana.

None of these were particularly damning defeats. Iceland was still an overachieving nation getting ready for its first World Cup. There were still plenty of fans on the bandwagon when Iceland stunned Argentina. Despite a 2-0 loss to Nigeria in its second match, Iceland had a chance to advance to the knockout rounds on the final day but couldn’t overcome eventual runner-up Croatia.

Since the World Cup, however, things have gone from not great to really quite bad in a hurry.

The UEFA Nations League kicked off this fall and Iceland, by virtue of its successful Euro 2016 and qualifying for the World Cup, was placed in League A. With the draw against Switzerland and Belgium, surviving was a real possibility — it certainly wasn’t anything as scary as Group 1 or 4.

But Iceland has failed miserably at every turn in the Nations League.

It started with a horrifying 6-0 defeat to Switzerland in the opener of the Nations League. Three days later, Belgium beat Iceland 3-0 in Reykjavík. From there, it was always going to be a long haul to get back into contention, but a win over Switzerland at home on the third match day would’ve given them hope.

Instead, a 2-1 home loss to Switzerland on Oct. 15 meant Iceland was the first nation relegated from Nations League A — and still is the only team to be relegated from League A.

On Thursday, Iceland completed its poor run of form, losing 2-0 to Belgium to finish off its League A stint. It could be Iceland’s final match in League A ever.

Iceland has one more match in 2018 — a friendly against Qatar on Monday. But even a win over a team that stunned Switzerland 1-0 on Wednesday can’t put a shine on the turd that is the past 365 days for Iceland, which finished 2017 with a 2-1 loss to Czech Republic and 1-1 draw to Qatar. The Iceland 2018 record current stands at 2-9-3 — two wins, nine losses and three draws.

But rather than lament the lost year, perhaps we should put into perspective what Iceland was able to do before 2018.

With a population of about 335,000, Iceland wouldn’t even rank among the top 50 U.S. cities. That Iceland even reached the Euros and World Cup in succession is a testament to the impressive player development programs in the country.

Iceland was able to beat England 2-1 in the Euro 2016 Round of 16. In contrast, the U.S. lost 3-0 to England on Thursday. Iceland also qualified for the World Cup in UEFA, which is far harder than Concacaf, where the USMNT failed to qualify.

That Iceland had a bad 2018 is more of a return to the mean than a stunning loss of form. The team played out of its mind for a couple years, which was always going to be hard to replicate in the long run with a population a fraction of the size of most of its competition.

So while Iceland’s great run appears to be all but over, here’s one last Viking chant to give you chills.