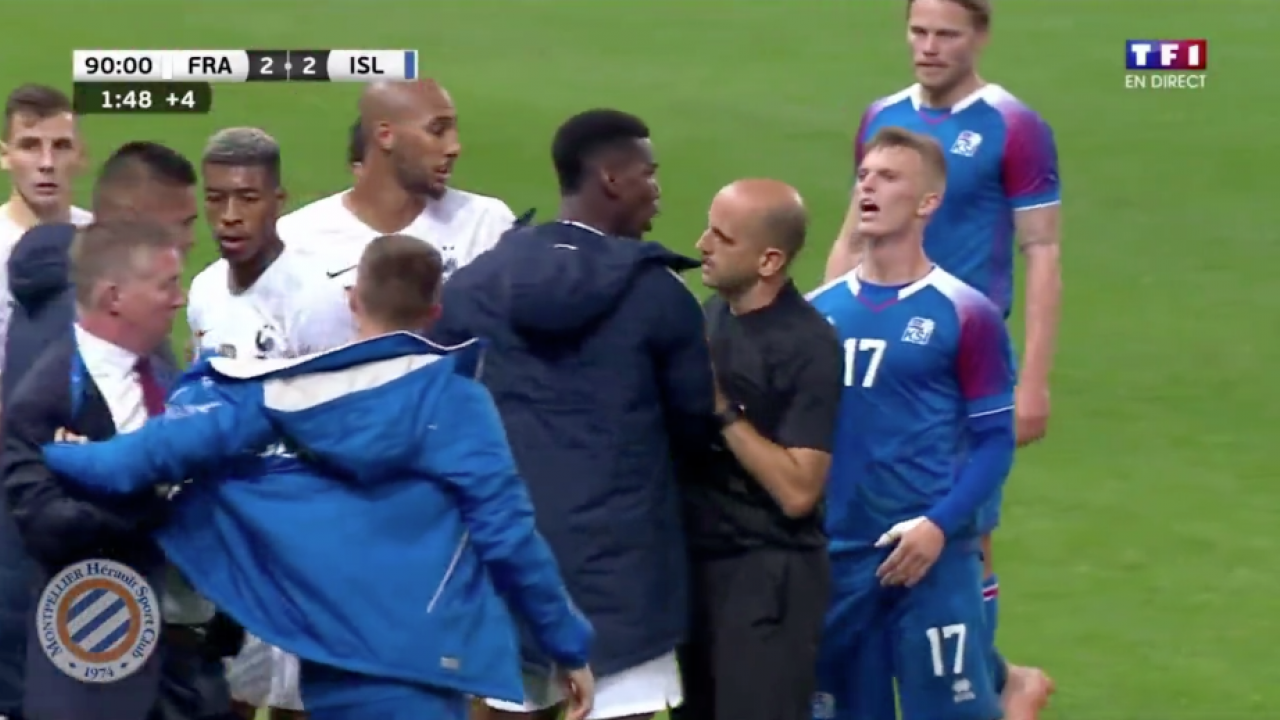 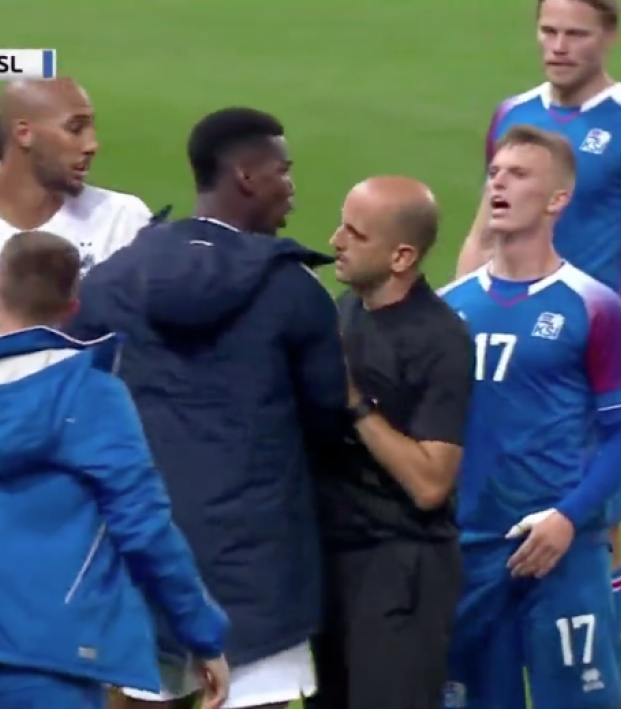 Travis Yoesting October 11, 2018
After inspiring a French comeback in the final five minutes, Iceland was not happy with Mbappé.

Time magazine announced he would become the fourth footballer to grace its cover on Thursday and the feature story on the 19-year-old included this statement on giving his $500,000 World Cup bonus to charity.

“(It) does not change my life, but it changes theirs,” Mbappé said.

What’s not to love?

Well, if you’re Iceland, you hate Mbappé, because the PSG winger is the primary reason Iceland was unable to record an historic win over the World Cup champion France on Thursday evening in Guingamp, France.

And Iceland — Runar Mar Sigurjonson, to be specific — showed Mbappé just how it feels with some unsporting play late in the friendly, nearly sparking a brawl and upsetting Paul Pogba more than Jose Mourinho ever could.

Kylian Mbappé started Thursday’s match on the bench but was brought on moments after Kári Árnason put Iceland ahead 2-0 in the 58th minute. Les Bleus still trailed 2-0 entering the final five minutes of the match when Mbappé took over.

Mbappé created the first goal out of nothing with an exquisite first touch in the box before blasting the ball into the six-yard box, where it deflected off Iceland right back Hólmar Eyjólfsson and into the goal to make it 2-1 in the 86th minute.

The comeback was on at this point and after a hand ball in the box by Iceland gave France a penalty in the dying minutes of the 90, Les Bleus turned to their star teenager to take the shot.

You know he buried it, blasting it into the top-left corner.

10 - Kylian Mbappé is the first player ever to reach the 10 goals scored for France before turning 20. NoWords. pic.twitter.com/vfy7IzZHNp

At this point, France began thinking it could steal a win with four minutes of announced stoppage time. It may have been just a friendly, but Mbappé was still full of energy and trying to drive his team to victory.

In stepped Sigurjonson, who stopped another galloping run from Mbappé with a cynical foul in the 92nd minute. Mbappé rolled down the sideline like his PSG teammate Neymar while Sigurjonson fell into the French bench, where he was immediately met by angry opponents.

Pogba was one of the first off his bum and into the scrum, at times holding others back and at times having to be held back, giving the assistant referee a piece of his mind and generally standing up for young Mbappé.

Despite the extreme cynicism of the foul (and the fact it came after Mbappé had torched Iceland), Sigurjonson only received a yellow card. The teams shared the spoils of the meaningless friendly as the match finished 2-2.

Iceland will rue missing an opportunity to hang a loss on the World Cup champion, but they’ll always remember Thursday as the day Mbappé burned them so bad they had to resort to petty violence.