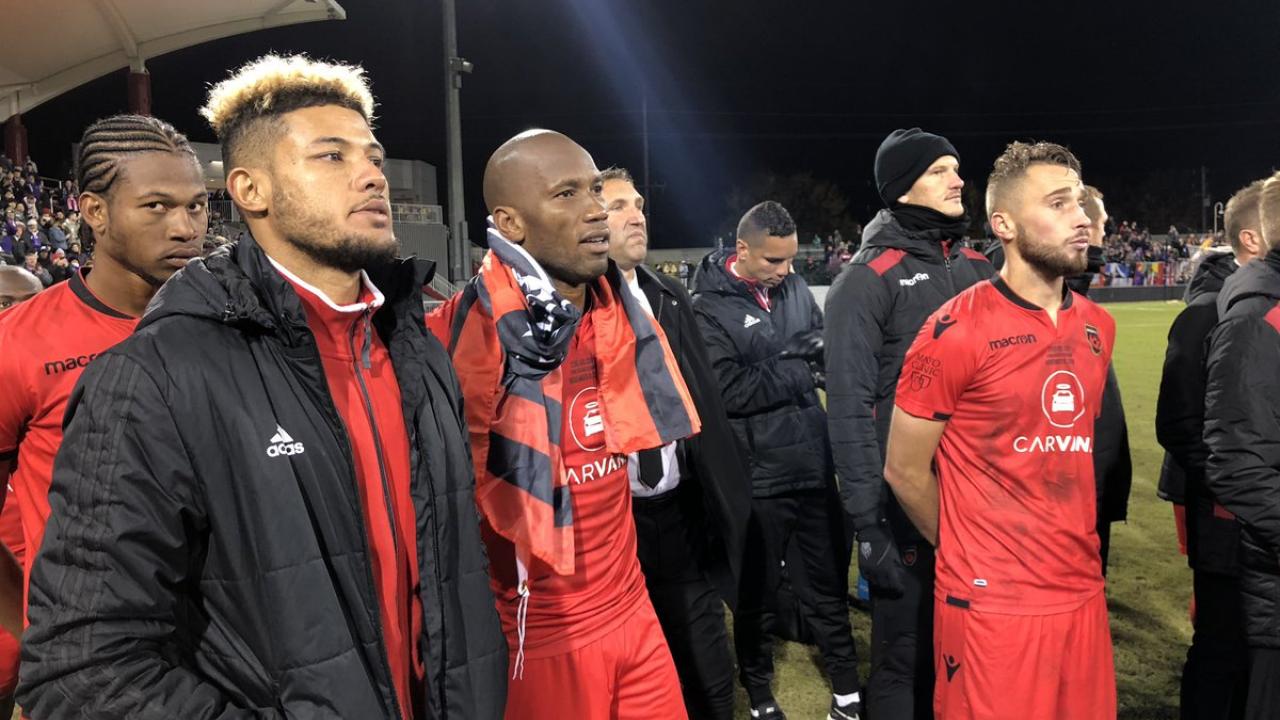 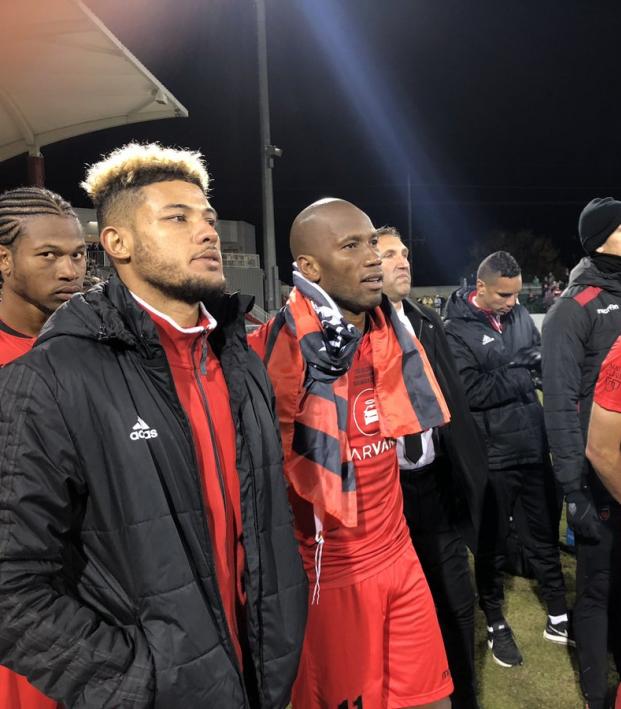 The Didier Drogba USL fun appears to be at an end.

Drogba, the former Chelsea and Ivory Coast star striker, became a part owner and player of the United Soccer League’s Phoenix Rising last year and thrilled the league with his goal scoring and affable nature.

But Drogba’s time in the USL — and indeed on any soccer pitch in a professional capacity — is likely over after his Phoenix team lost 1-0 to Louisville City FC in the USL Cup final on Thursday night in at Mark & Cindy Lynn Soccer Stadium (home of the Louisville Cardinals) in Louisville, Kentucky.

Drogba said earlier this year that this season would be his final one, and after the match he appeared to say his farewell to fans, though he has yet to make his retirement official.

Without the fans, we’re nothing. We know not everyone could come out to Louisville but we know you were all with us tonight. Thank you for making this club more than just a soccer team. We can’t wait to be with our family again in 2019. #UpRising pic.twitter.com/uCbEzg93mF

Drogba became a legend with Chelsea, scoring more than 150 goals for the Blues while winning four Premier League titles and one Champions League, in which he scored a late equalizer and the winning penalty kick against Bayern Munich. He also appeared more than 100 times for Ivory Coast, scoring 65 goals.

In his final match, the 40-year-old Ivory Coast native showed he’s still a menace for defenders, using both his strength and creativity to spark almost every positive move from the Rising.

In the fifth minute, Drogba attempted a shot on a free kick barely 10 yards into the Louisville City half — and actually almost scored. Keeper Greg Ranjiitsingh scrambled over to make the save, but had to push the ball out of bounds for a corner kick (highlights in the full package at the bottom of the story).

Drogba had another free kick later in the first half from much closer (about 25 yards) that he literally kicked out of the stadium.

You can’t blame the Ivorian for trying. He scored from about 40 yards out on a free kick in the first round of the playoffs against Portland Timbers 2, a 3-0 win.

Phoenix was the stronger side early on, forcing Ranjiitsingh into a number of saves, the best of which came on this move started by Drogba.

Eventually, the defending champs settled in, though Louisville City’s goal was nothing special: a goal-mouth scrum after a corner kick. Drogba was right in the middle of the action but neither he nor his teammates could properly clear the ball before Luke Spencer finally smashed it into the back of the net.

Both teams had chances to score later in the match but it ultimately ended 1-0 as LCFC proved it’s the best team in the USL right now with a second championship in as many years. Louisville City only began play in 2015, reaching the conference finals in its first two seasons.

Pure class from our team @PHXRisingFC to honor the champs by staying on the field.
Congratulations to @loucityfc organization. They have showed great hospitality.
The whole city of Phoenix is proud of our team! We go to work for next year ASAP and bring  home
PROUD OF MY TEAM! https://t.co/SP5hHO3xbp

Here are the full highlights of what is likely the final Didier Drogba USL match.

Perhaps this wasn't Drogba's final match. The two-time Africa Player of the Year tweeted this out on Friday afternoon.