It Can't Be That Hard To Man Mark Didier Drogba, Can It? 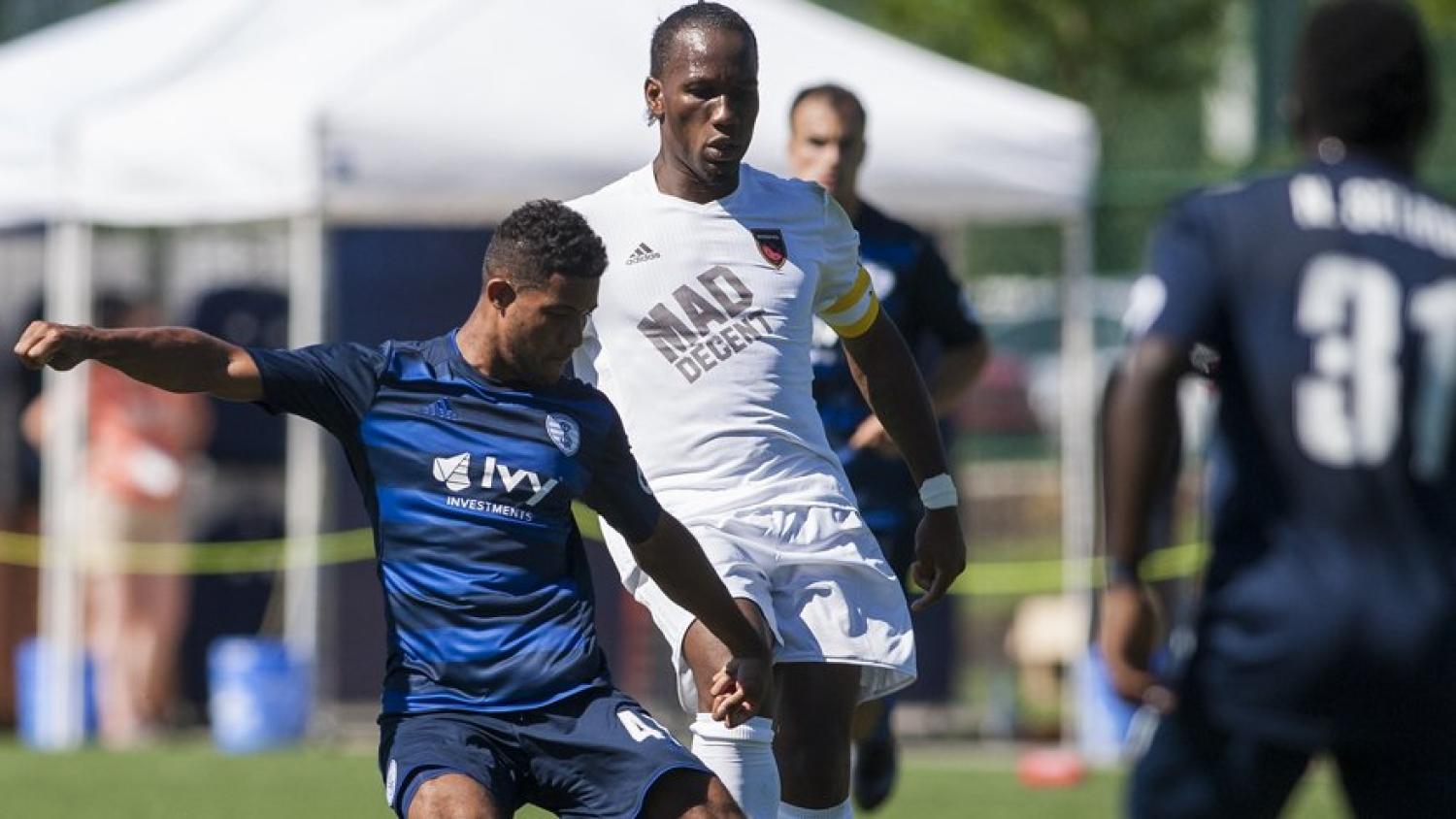 Here’s a scouting report for every United Soccer League team with Phoenix Rising FC on the schedule.

I’m no coach, but the best player to ever wear the USL badge on his sleeve probably needs to have a defender or two in his back pocket at all times.

Still a hulking 6-2 powerhouse, Drogba isn’t hard to find on the pitch. But on Sunday, he was allowed acres of space and did what Drogba does: score.

It was the first of two for the former Chelsea man, assisted by former Blues teammate Shaun Wright-Phillips. It was also the only goal of the 2-2 draw vs. Swope Park Rangers that wasn’t scored from the penalty spot.

(Side note: It doesn’t seem fair that Phoenix has two former EPL stars playing against these second-tier Americans. Though given Phoenix are 10th in the 15-team Western Conference, 18 points out of first place, maybe the point is moot.)

Drogba now has three goals in two matches for Phoenix Rising FC and has scored or assisted on every goal since his debut a week earlier.

With 21 games left on the schedule, Drogba may have his eye on the USL scoring record of 20. He’s currently on pace for 34.

Drogba came to Phoenix in April to join the MLS expansion ownership group, planning to help the team on the field before moving into an executive role.

At 39, Drogba can still pour in the goals — at least at the USL level. The Ivory Coast international scored 161 goals with Chelsea to go with 66 in 106 matches for his national team.

At this rate, he’ll be adding quite a few more before he finally hangs up his boots.