Sunday’s El Clásico Promises Chaos, And That’s Just The Way We Like It 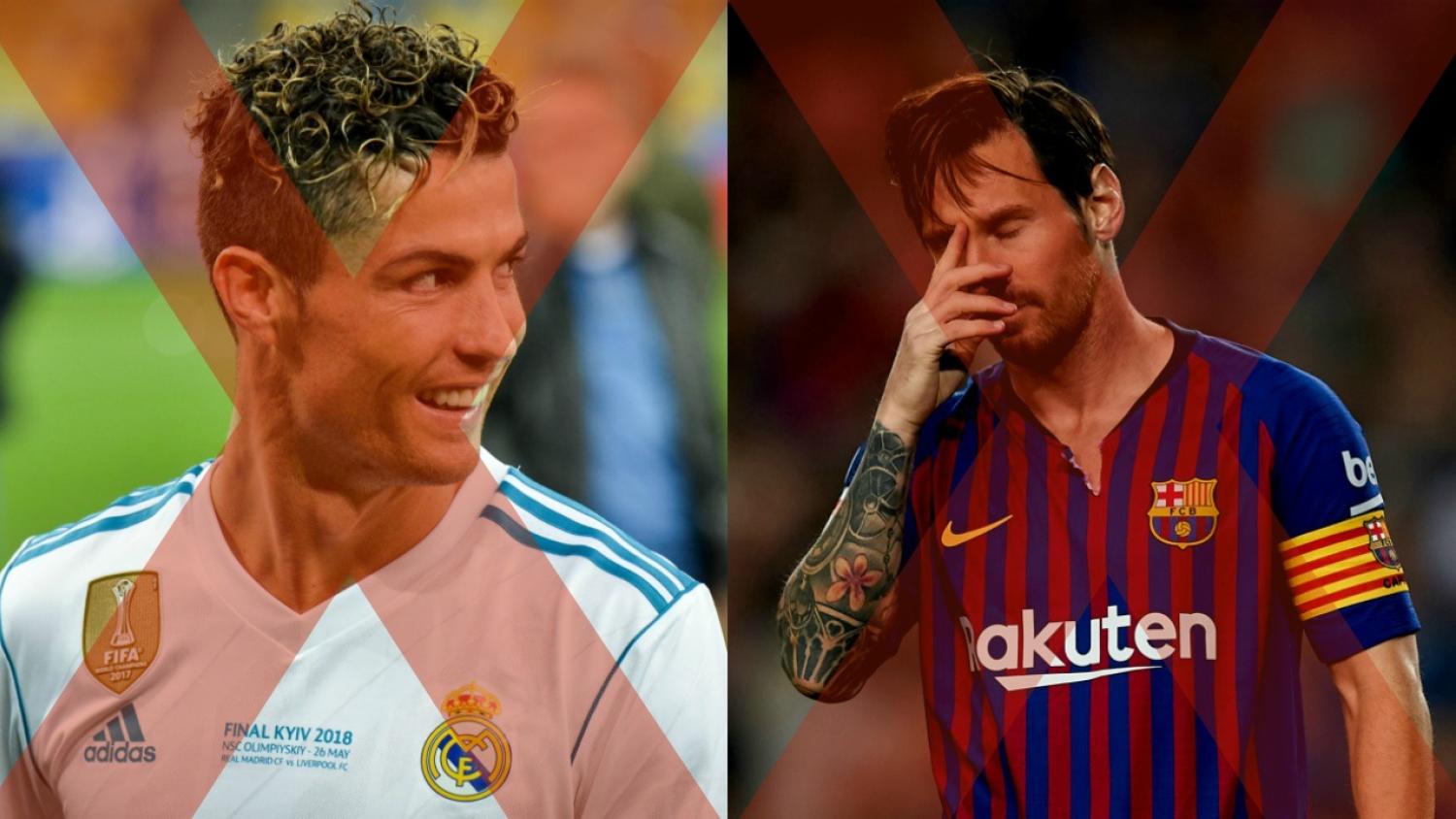 We all know the struggles of a Ronaldo-less Real, and it’d be foolish to think that Barcelona will cope any better without Messi.
Shutterstock

The wizened told us to appreciate the titanic clashes between Cristiano Ronaldo’s Real Madrid and Lionel Messi’s Barcelona for what they were: spectacles of incomprehensible goodness. Deep down, we knew the ephemerality of the occasions, but the seeming sporting invincibility of the match’s main protagonists helped create the aura of a battle to be waged throughout eternity. This Sunday, we well and truly realize that everything that shines ain’t always gonna be gold — it’s an El Clásico without both Ronaldo and Messi; it’s a harbinger of the less fun times to come.

Ronaldo’s now in Turin and Messi’s on the road to recovery after fracturing his arm Saturday, but make no mistake, the dramatics of the match still tower. With Barcelona leading the LaLiga table and the match taking place at the Camp Nou, the Blaugrana are firm favorites. It’s the contrast of fortunes in the Spanish capital that currently dominates the back pages.

Real is bad — historically so. The club sits seventh in the table with only four wins and 14 points from nine matches. Ronaldo’s absence is felt, but a return of only 13 goals (eight of which came against Girona and Leganes) is a preposterously meager tally from the likes of Karim Benzema, Gareth Bale, Isco and Marco Asensio. And while the attack has been dragged, the outstanding trio of Thibaut Courtois, Raphael Varane and Luka Modric has also been scrutinized for what can only be classified as a sort of World Cup delirium tremens.

Reports of manager Julien Lopetegui’s impending firing have been oft-repeated, but Real director Emilio Butragueno insisted he’ll be in the dugout this weekend.

“Yes, yes, everything is totally normal,” he said after Real’s midweek Champions League victory over Viktoria Plzen. “We have to stay calm and united.”

And he has a point. For all of Real’s struggles, a victory on Sunday puts the club one point behind Barcelona. While Barca sits atop the table, the Catalan giants have only registered one more win than Real, drawing matches with Girona, Bilbao and Valencia while losing to Leganes. Perhaps Atletico manager Diego Simeone said it best following his side’s 1-1 draw with Villarreal on Saturday.

“LaLiga is fantastic at the moment,” he said. “It’s chaotic; all the teams are competing and fighting for points. It’s much more competitive than when Ronaldo and Messi defined the championship.”

Lionel Messi is out with a forearm fracture, and he’s not expected to return until after November’s international break. In defense, center backs Thomas Vermaelen (hamstring) and Samuel Umtiti (knee) are out.

Despite limping off against Viktoria Plzen on Tuesday, Marcelo’s injury was not a muscular problem, and he should be good to go on Sunday. Dani Carvajal remains sidelined with a calf injury.

Anything can happen in El Clásico, a n y t h i n g. Just take last season, for instance. Who foresaw Barca’s 3-0 win at the Bernabéu? What about the 2-2 return in Catalonia where Sergi was sent off for slapping Marcelo? Form generally goes out the window when these two teams meet.

However, when a player like Casemiro is saying “we have to be honest, we are not playing well,” you don’t need me to tell you that Real is looking a lot like post-Sir Alex Ferguson Manchester United at the moment. To put your money anywhere besides Barcelona would be foolish, so we’ll go 2-1 in favor of the league leaders with goals from Coutinho and Suarez.