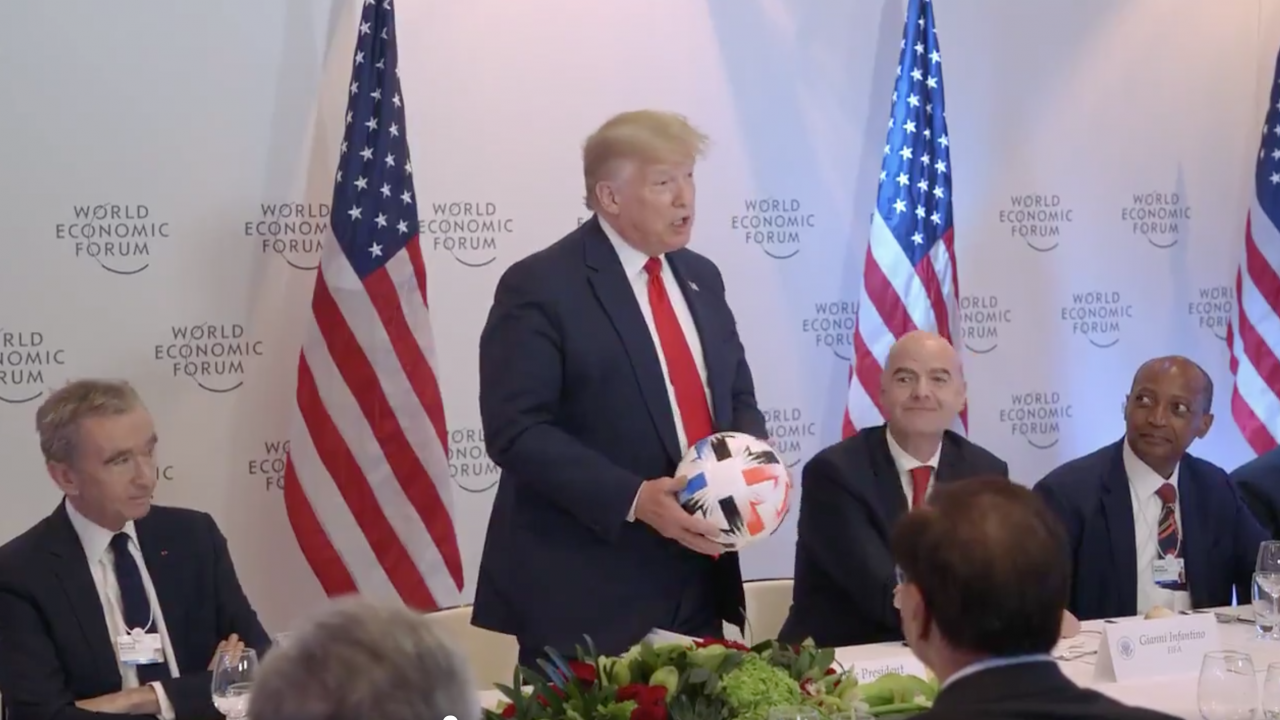 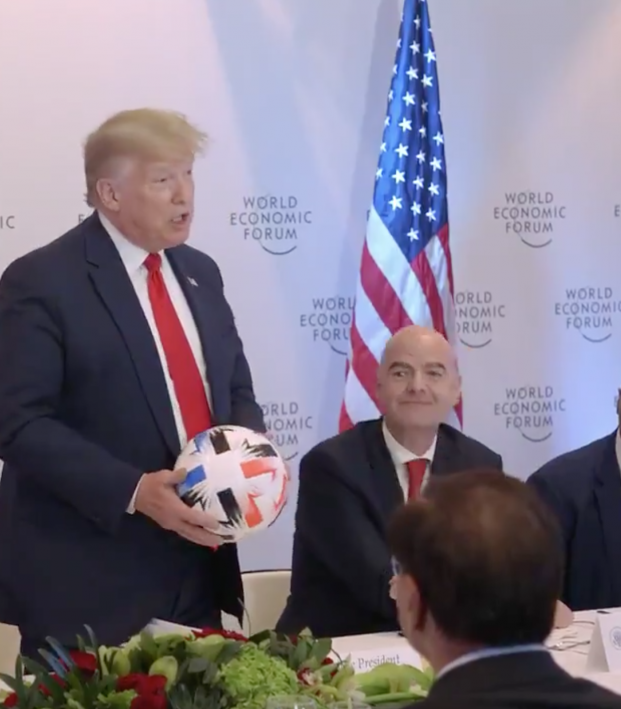 Some Unsettling Things Were Said During Recent Trump-Infantino Exchange

Donald Trump absconded to Davos, Switzerland, this week for a brief appearance at the World Economic Forum. While there, the U.S. President met with FIFA president Gianni Infantino.

What followed was one person saying some really stupid stuff (no, it wasn’t Trump) and some really awkward coverage of the whole exchange.

But this week’s meeting was even more bizarre, because Infantino said something that we at The18 simply cannot wrap our heads around.

“I have to inform you that the U.S. is on the verge of becoming the soccer power of the world,” Infantino said.

It seems Infantino has been drinking the same off-brand Kool-Aid Jurgen Klinsmann has been drinking all these years. The USMNT is no closer to becoming a soccer power than Trump is to becoming a socialist. Sure, the USWNT dominates, but we all know Infantino and FIFA ignore women’s soccer all but one month every four years, so there’s no way he was referring to the women’s game.

Infantino was introducing Trump at a dinner of global business leaders. The FIFA prez gave the U.S. prez credit for the U.S. getting hosting rights for the 2026 World Cup.

“President Trump has been in this venture (planning for the 2026 World Cup) since the beginning,” Infantino said, before making the dubious claim: “He wanted it to be organized with Canada and Mexico.”

Infantino went on to spout some nonsense about the American dream, but most curious about this exchange was how ESPN covered it. In this story, ESPN wrote that the USMNT has high hopes because of Christian Pulisic and Weston McKennie, which I suppose is true for the most optimistic of fans. But the author then said the U.S. has won the last three Women’s World Cups, apparently forgetting Japan beat the U.S. in a shootout in the 2011 final.

Then, according to an AP report, “Trump fingered” the ball, which is a disturbing image. And no, we’re not making that phrase up, as much as we wish we were.

At #wef20, President @realDonaldTrump discusses bringing the @FIFAWorldCup to the United States!  pic.twitter.com/amDAHET2Gx

Trump, for his part, lapped up the praise from Infantino. While his role in bringing the World Cup to North America probably wasn’t as great as Infantino made it out to be, he’s not one to turn down a good photo op.

The President tweeted out the above video on Wednesday promoting the 2026 World Cup. It was part of a record-setting day for the President, who tweeted more times in one day than he has since becoming President. Clearly he was motivated by Soccer Twitter to tweet more, and nothing else going on in the Senate motivated his tweet-storm.

In other soccer-related news in Switzerland this week, FIFPro general secretary Jonas Baer-Hoffmann spoke out against new Olympic rules banning any sort of protests on Wednesday. Speaking at a United Nations labor agency conference, Baer-Hoffmann said free speech on issues such as anti-discrimination and gender equality must be protected from “a hypocritical rule.”

The head of the soccer players union, which represents more than 65,000 professional footballers, also said FIFPro would stand by and defend any players who are disciplined by the IOC for making protests for human rights, which should please many members of the USWNT.