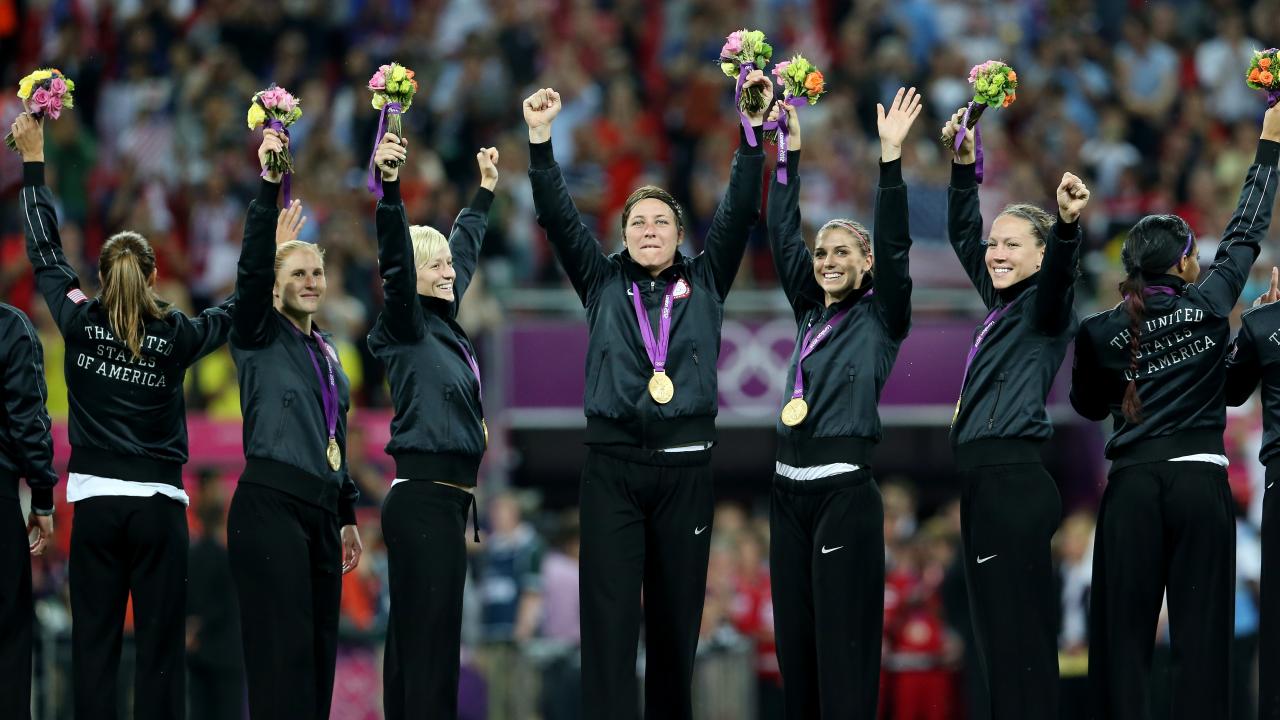 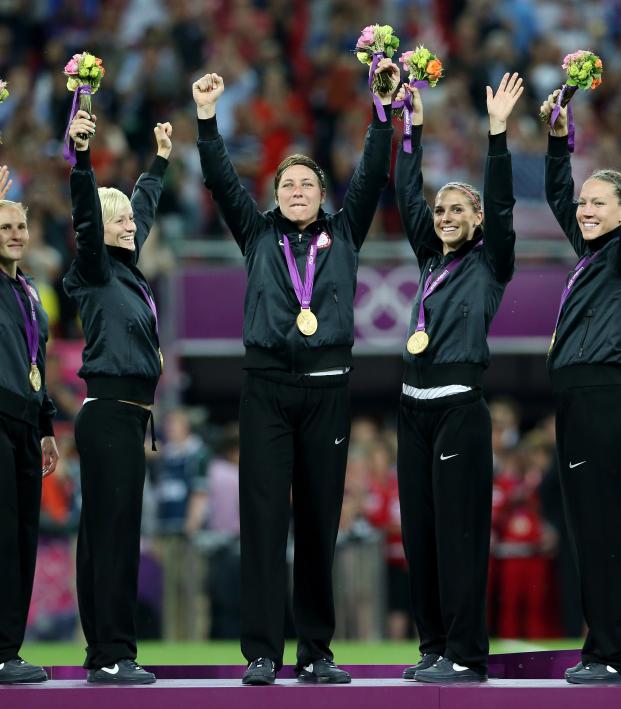 Travis Yoesting January 10, 2020
Megan Rapinoe will not be silenced.

The International Olympic Committee announced guidelines limited free speech during the 2020 Tokyo Olympics this summer. The parameters, released Thursday, codified previous rules barring athletes from making political statements during competition or medal ceremonies by specifying what actions are not allowed.

While the IOC said athletes are free to speak their minds on social media or while speaking with the press, the IOC will not allow athletes to kneel, make political hand gestures or have political messages or signs on their person.

Megan Rapinoe, among others, does not appreciate being silenced.

Rapinoe was one of the first footballers to kneel for the national anthem, following the lead of Colin Kaepernick, to protest police violence and institutionalized racism. She and many of her USWNT teammates continue to fight for issues such as equal pay for the USWNT and LGBTQ+ equality.

Needless to say, Rapinoe, a 2012 Olympic gold medalist, was none too pleased with the IOC’s recent list of demands, making the following statement on her Instagram Stories. 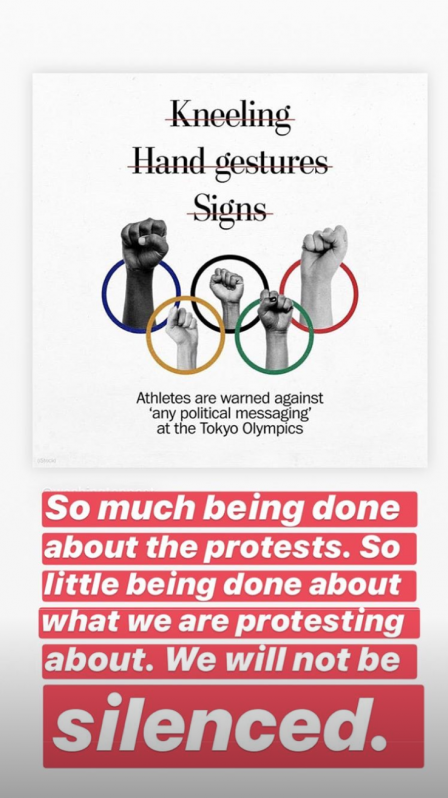 What Rapinoe seems to be saying is that those in power seem to care more about protecting their money-making event than helping people.

The Olympics have long been a venue for athletes to speak their mind about issues important to them, most memorably in 1968 when American sprinters Tommie Smith and John Carlos raised their gloved fists.

While Rapinoe has been involved in politics — and what a Sports Illustrated story on this topic completely failed to understand — most of what Rapinoe fights for isn’t political. Racism isn’t a political issue, it’s a social one. Equality for women, people of color and the LGBTQ+ community are social problems. Were Rapinoe to make a statement against Donald Trump, as she has done in the past, that would be political and understandably not allowed. If she kneels to end police brutality, that should be a topic everyone can get behind.

Even FIFA allows footballers to make a stand for social issues, but the IOC just wants everyone to shut up and dribble, or swim, or whatever they do in badminton.

The IOC said punishment for offenses is up to the athlete’s national Olympic committee and the international federation of the sport. Recently the U.S. Olympic Committee placed a fencer who knelt and a hammer thrower who raised her first during medals ceremonies on 12 months probation each.

The USWNT has the clout to make a stand against the IOC if it so desires. A 12-month ban from Olympic competition (or even all international matches) isn’t going to harm a team that doesn’t have another major competition after the Olympics until 2023.

Of course, the USWNT has to make the podium before it can make a statement during any medal ceremony. Four years ago, the team lost to Sweden in the quarterfinals and missed medaling for the first time ever.

The U.S. begins qualifying for the 2020 Olympics with the Concacaf qualifiers starting Jan. 28 in Houston.