Carli Lloyd, Megan Rapinoe Among Nominees For U.S. Soccer’s Player Of The Year 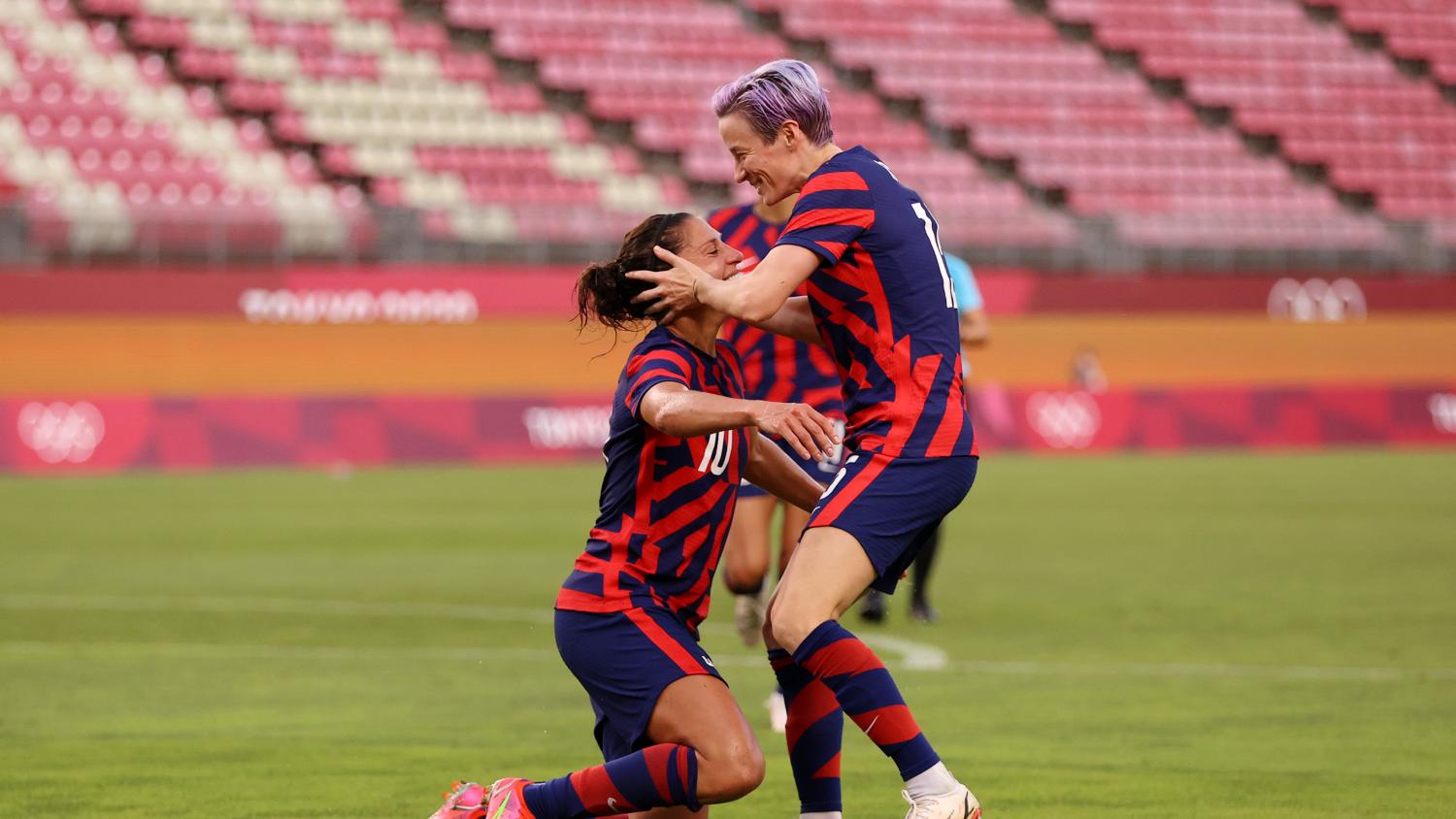 The nominees for U.S. Soccer’s annual awards highlight where the USMNT and USWNT are at right now.
Getty Images

U.S. Soccer announced the nominees for its wide range of 2021 Player of the Year awards, and voting is open now for fans until Dec. 12. The finalists for the awards highlight where the men’s and women’s national teams are right now, and they’re clearly not in the same place.

The Young Player of the Year awards — given to the best U.S. Soccer players under the age of 23 — represent some of the best and brightest in the world, at least on the women’s side. Emily Fox, Jaelin Howell, Catarina Macario, Mia Fishel and Trinity Rodman are finalists for the Young Female Player of the Year award, each already having shown their qualities at various levels from college to the Champions League. On the men’s side, we’ve got George Bello, Gianluca Busio, Yunus Musah, Jesús Ferreira and Ricardo Pepi.

On the women’s side, it’s clear this is a team in transition.

Lloyd retired after the NWSL season and Rapinoe, 36, could follow suit within the next year. Naeher, 33, has been the USWNT No. 1 for years, but faces stiff competition to keep her job. Horan and Lavelle are the only two Player of the Year nominees who you’d expect 100 percent to be on the squad in Australia/New Zealand in two years.

Vlatko Andonovski’s team is indeed in transition. With aging superstars like Lloyd, Rapinoe, Alex Morgan, Christen Press and Tobin Heath closer to 40 than 25, the team needs some fresh faces to keep up the push for a third straight Women’s World Cup title.

But the future looks bright with the Young Player of the Year finalists. Rodman, 19, was an easy choice as NWSL Rookie of the Year ahead of fellow finalist Fox, Macario has been a standout for Lyon, the biggest club in Europe, and Howell and Fishel have been stellar in the college ranks. Rodman, Fox and Macario already look like they’ll be regulars in the USWNT for years to come (assuming Rodman accepts the call-ups).

On the men’s side, it’s clear this is still a young team. While the women are trying to transition to youth, the men have been in the midst of such a transition for a few years now.

Turner is the oldest of the Player of the Year nominees at 27, which is young in goalkeeping years, followed by Acosta (26), Robinson (24), Pulisic (23), McKennie (23) and Aaronson (21), who could have been nominated for Young Player of the Year. McKennie won Player of the Year in 2020 while Pulisic has already won it twice despite their ages. It’s obvious the strength of the USMNT is in youth.

Even the nominees for Young Player of the Year are young, led by 18-year-old breakout star Pepi. Ferreira is 20, the oldest of the finalists for a U-23 award, while Musah, Busio and Bello are all 19. After failing to qualify for the 2018 World Cup, the U.S. is turning to its youth for 2022, and so far the team has done well in qualifying.

Of course, it’s easy for the USWNT to hang on to older players when they’re some of the best footballers in the world. Both Rapinoe and Lloyd have won World Player of the Year awards while Naeher, Horan and Lavelle all were on the team that won the last Women’s World Cup. The USMNT was forced to phase out the older players who couldn’t get the team to the 2018 World Cup. Still, it’s great to see such quality Young Player of the Year nominees on both the men’s and women’s sides.

Pulisic was also nominated for one of five new awards from U.S. Soccer. In addition to male and female beach and futsal player of the year awards — you can find them here — the Chelsea man is one of four players nominated for the new “One Nation Social Impact Award,” given to the athlete who has made a significant off-field contribution, having a positive impact in their communities and the advancement of diversity, equity, inclusion and belonging.

Lynn Williams and Imani Dorsey, who made her USWNT debut against Australia last week, were both nominated for their involvement with the Black Women’s Player Collective. Pulisic is a finalist for his work with young players in Hershey, Pennsylvania, while Para 7-a-side player Shea Hammond was nominated for founding a soccer club for players with Cerebral Palsy.

The nominees for the One Nation. Social Impact Award:

One last U.S. Soccer award will go to either Sandy Castillo, Sharon Smith or Kate Ward, each nominated for the ADAPTandThrive Disability Award for making an impact on disability soccer. The name may be a bit too much, but the award itself is great.

Adapting and thriving, no matter the obstacle.

Fans can vote here on the Player of the Year and Young Player of the Year awards from Dec. 6 to 11:59 p.m. ET on Dec. 12, which will make up 15 percent of the voting. The other 85 percent is made up of national team players, coaches, media and other “related constituencies.”

Personally, I think Lindsey Horan and Miles Robinson should win the Player of the Year awards for their U.S. performances. However, I suspect Carli Lloyd will win for no other reason than nostalgia (she hasn’t done much on the field this year) while Pulisic will probably win based on his Champions League title and performances against Mexico. For the young-player awards, Macario is currently the better player but I suspect Rodman will win because of name recognition (her dad is an NBA Hall of Famer), while Yunus Musah should win on the men’s side but I have a feeling Pepi will win for his impact in World Cup qualifying.

Winners will be announced throughout December. The USWNT is done for 2021, but the USMNT has one more match, a friendly against Bosnia and Herzegovina on Dec. 18, featuring a young, MLS-focused roster that includes Turner, Bello.