Latest USWNT Roster Is Revolutionary, Albeit With Two Surprising Omissions 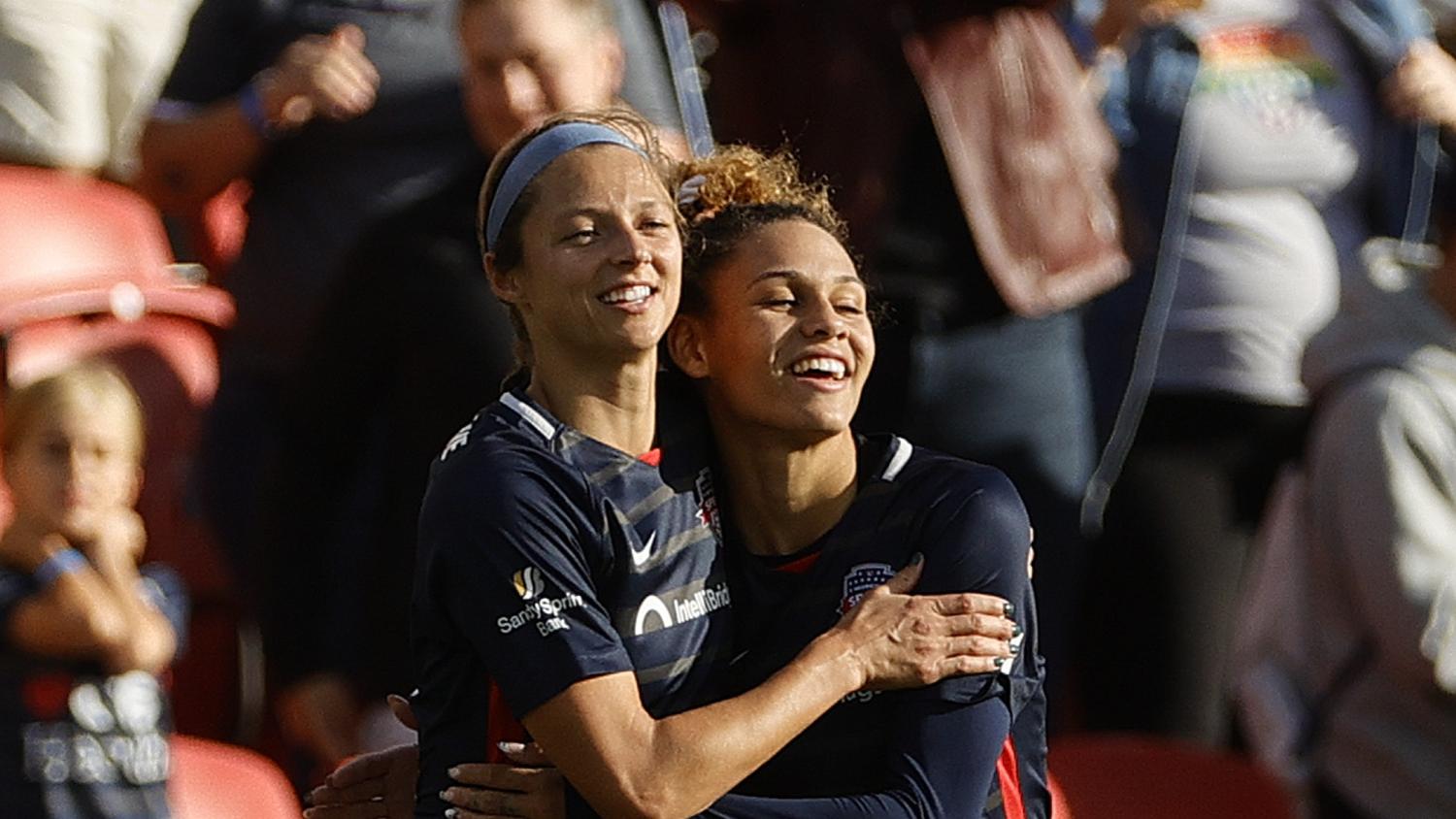 Some interesting names were left off the roster, and we have theories as to why.
Getty Images

There was a large sense during the USWNT’s last two friendlies against South Korea that the team was growing stale. Relying too much on players who have been around for a decade, Vlatko Andonovski’s squad looked unimaginative in a rare 0-0 draw before rebounding with a 6-0 win to send Carli Lloyd off in style. Fortunately, Andonovski is looking to revitalize the team, and the USWNT roster vs Australia looks to incorporate many of the nation’s young rising stars — with a couple of notable exceptions.

The U.S. will play Australia in a pair of friendlies in late November. The first is slated for Nov. 27 in Sydney, which is actually 11 p.m. ET (FS2) on Nov. 26 in the States. The second will be Nov. 30 in Newcastle, equating to 4:05 a.m. ET (ESPN) that day back in America. The matches will be great preparation ahead of the 2023 Women’s World Cup, which Australia is co-hosting with New Zealand. (And also a good time for fans to practice waking up early or staying up late.)

Andonovski announced his 22-player roster for those two matches on Tuesday. We knew Carli Lloyd would be missing, but so too are Alex Morgan, Tobin Heath, Megan Rapinoe, Julie Ertz and Crystal Dunn.

The squad is set and ready to close out the year Down Under!

The USWNT will travel to Australia to take on the 11th-ranked team in the world with a squad that includes five players who have never played for the senior national team. The last USWNT roster included seven players with at least 100 caps; this squad has two: Becky Sauerbrunn and Lindsey Horan. Just 10 players who won bronze in Tokyo are going to Australia.

The newcomers are exactly what the U.S. needs right now. After a disappointing third-place finish at the 2020 Olympics this summer, the Americans can’t rely on the same squad that won the 2015 and 2019 Women’s World Cups and expect to win every time. Defeats to Sweden and Canada dispelled the American exceptionalism and aura of invincibility that had been built up in recent years. The U.S. had far too many players who will be closer to 40 than 30 by the time the next World Cup rolls around and now is the time to start building toward 2023, now that the obligatory post-Olympic friendlies are out of the way.

Unfortunately, a couple of young, exciting players were not on the roster: Trinity Rodman and Mal Pugh.

Rodman is one of the most exciting players in the NWSL right now and expected to win NWSL Rookie of the Year at just 19 years of age. She's one of the most promising players in the American system after leading the NWSL with six assists (tied with Sofia Huerta, who was chosen to the USWNT squad) to go with six goals, 10th best in the league. And she’s got style, panache and grit that Americans love to see from their national team.

good news everyone i brought you a trinity rodman nutmeg for lunch pic.twitter.com/2uptkVunqO

so many forwards would stop to cuss out clouds after their touch let them down in a big moment, but watch rodman pic.twitter.com/VaPH7yoDqE

Rodman recently helped the Washington Spirit advance to the NWSL semifinals, with her famous father Dennis in attendance. Monday night, she posted an emotional message about her relationship with her father.

But by Tuesday morning, she was not chosen to join the USWNT in Australia. Nor was Mal Pugh, who has revitalized her career this season, both with the Chicago Red Stars and USWNT.

There are theories (rumors) swirling around as to why neither Rodman nor Pugh were included. Australia requires those coming into the country be vaccinated against Covid-19, and it is possible one or both of these players are not vaccinated. Back in September, when Pugh was in the squad for friendlies against Paraguay, it was reported that vaccination rates were at 80-90 percent among USWNT players, confirming not all of the team has been vaccinated yet.

Vlatko on the USWNT's vaccination rate (Q from @thegoalkeeper): "I really don't know all the details on it. That's probably a question for ... anyone on the medical staff."

It was possible Andonovski simply chose not to add Pugh and Rodman (and others like Dunn, Morgan, Rapinoe, etc.) for personnel reasons. But that suggestion was dismissed when it was reported later Tuesday that both Pugh and Rodman were called into the team but opted not to participate, lending credence to the theory they chose not to be vaccinated, though it is possible they wanted a break after the NWSL season.

Andonovski says that both Pugh and Rodman were called in for this camp, both opted out. #USWNT

I suppose it’s anyone’s choice to not get vaccinated, and there are certainly legitimate medical reasons for a small group of people to not get the vaccine. That said, it’s incredibly selfish to not get vaccinated if able when all rational scientists say it’s the best thing to do for the health and safety of yourself and those close to you. The unfortunate rise of anti-vax bullshit — including people like Aaron Rodgers, Joe Rogan, Fox News and most of the Republican party — has sadly convinced many not to do what is best for their health.

We hope all soccer players who are above the age of 5 and do not have a medical reason not to do so are vaccinated or will be vaccinated soon, including Pugh and Rodman. We can’t say for sure what their vaccine statuses are, we’re just suggesting it as a possibility for why neither was included, because both have clearly been playing well enough to be on the USWNT.

Without the Rodman and Pugh, we instead can focus on the potential first caps for players like Bella Bixby, Casey Murphy, Ashley Sanchez, Morgan Weaver and Bethany Balcer. Other up-and-comers like Midge Purce, Sophia Smith, Emily Fox and Ashley Hatch (the NWSL Golden Boot winner) are also welcome additions.

This is a young, exciting squad, with just two players over the age of 30 (Sauerbrunn and Kristie Mewis). Andonovski has revolutionized the USWNT roster for the Australia friendlies. Hopefully soon we’ll find out how many of these decisions were made by him or by the players.