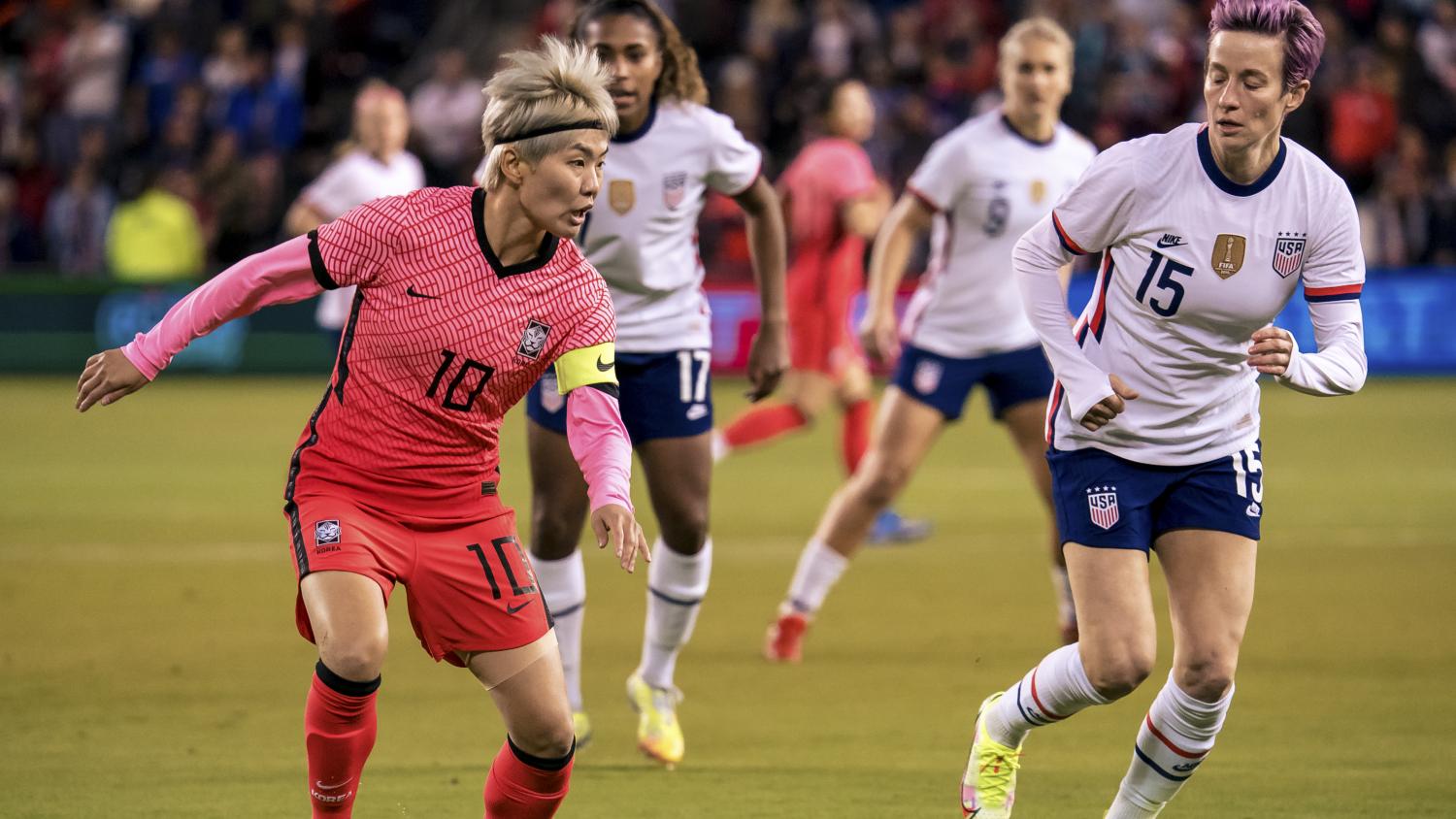 The Carli Lloyd farewell tour took a detour with a scoreless draw against South Korea on Thursday.
Getty Images

If the USWNT’s two October friendlies were supposed to be feel-good send-offs for Carli Lloyd, no one told Yoon Young-Guel and South Korea.

Yoon made eight saves to earn a 0-0 draw against the U.S., ending the USWNT’s 22-game home winning streak on Thursday at Children’s Mercy Park in Kansas City, Kansas. The last time the U.S. failed to win on home soil was Oct. 6, 2019, a 1-1 draw to this same South Korea side, a match that ended the USWNT’s 17-game winning streak that included winning the 2019 Women’s World Cup.

FINAL | That's a wrap from Kansas City. Back at it again Tuesday night in St. Paul! ⚽️

Yoon was magnificent in goal, as were her Korean teammates in front of her, who provided a compact defense that was too difficult for the U.S. to break down. Not even the introduction of Lloyd in the 63rd minute — her 315th appearance all time — could spark the U.S. to break the deadlock. It was a far cry from the last two post-Olympic friendlies in September, which the U.S. won over Paraguay by a combined 17-0, with Lloyd scoring six goals.

Though South Korea earned every bit of the draw, the U.S. dominated possession and chances. The Americans racked up 19 shots, but none of the eight shots on target could beat Yoon.

The U.S. looked better in the second half after youth replaced experience as Megan Rapinoe (36) and Tobin Heath (33) swapped places with Sophia Smith (21) and Mal Pugh (23) at the break. Smith and Pugh — especially Pugh — were brilliant on the wings, but they weren’t on the same page as Lloyd, who repeatedly zigged when she should have zagged to connect with her young teammates’ crosses.

When a stunning combination of passes set Lloyd up for a close-range shot in the 76th minute, Yoon made a stellar kick save to keep the match scoreless.

In the first half, Lindsey Horan hit the post and Alex Morgan wasted a great breakaway by shooting straight at the keeper for the best chances. Horan, who before the match was honored for becoming the 41st USWNT player to hit 100 caps, was arguably the game’s best player both offensive and defensively.

Almost a beaut! @LindseyHoran nearly laces one but it goes off the outside of the post pic.twitter.com/kHeNRG79AP

South Korea occasionally was able to venture forward with Chelsea’s Ji So-Yun leading the way, but Kansas native Adrianna Franch only needed one save to record a clean sheet in her 10th cap.

Next up, these two teams face off again on Tuesday from Allianz Field in Saint Paul, Minnesota.