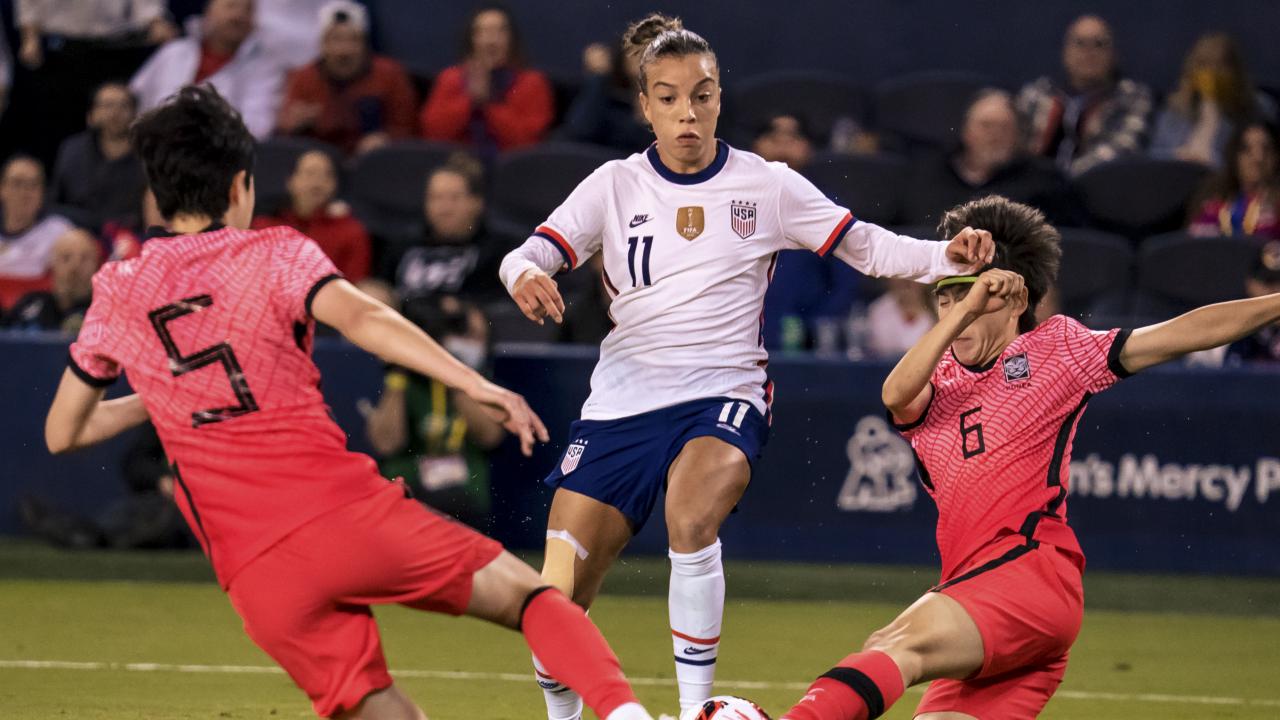 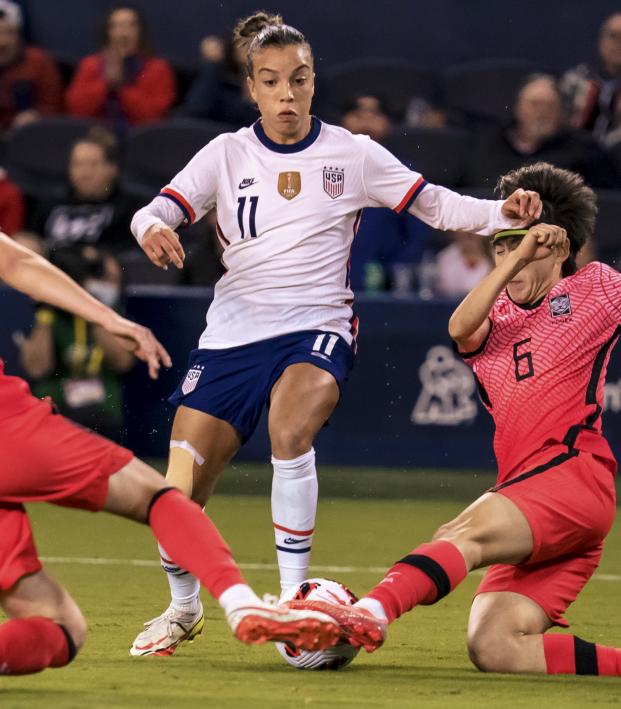 On Thursday night, the USWNT bossed South Korea around the pitch but couldn’t find a way through to score. The 0-0 draw ended a 22-game home winning streak that dated back to another draw with South Korea in 2019.

It was a disappointing result for a team that is facing a bit of an identity crisis right now. Friendlies against Paraguay in September and South Korea in October (the same teams play again Tuesday) are part of an Olympic victory tour, meant to celebrate the players who brought home bronze from Tokyo over the summer. But they’re instead stagnating a team that expects to win gold.

The USWNT could have put out its fourth string and easily beaten Paraguay given the lack of resources the Paraguayan women receive from their federation. South Korea, on the other hand, provides legitimate competition, ranked 18th in the world and no stranger to playing the Americans. While the U.S. is expected to win every game it plays, the rest of the world is catching up, and anyone ranked in the top 30 now can go head to head with the USWNT on a good day.

Such was the case on Thursday, when South Korea’s compact defense and Yoon Young-Guel’s superb goalkeeping kept the match scoreless, frustrating the USWNT and the sellout crowd at Children’s Mercy Park in Kansas City, Kansas, which just wanted to celebrate the one American soccer team you can usually rely on to actually win, especially at home.

While it would be easy to criticize individual players or coach Vlatko Andonovski, the truth is the frustrating draw was in part the result of U.S. Soccer’s scheduling. By making this an Olympic victory tour, Andonovski had to call in any eligible player who competed at the Olympics. This meant he was unable to utilize more young players to revitalize what is an aging squad.

The result is a team that still looks an awful lot like the group that won the 2015 Women’s World Cup six years ago. Part of this, of course, is intentional. Carli Lloyd, 39, is retiring, and U.S. Soccer wants to honor her in her final USWNT appearances (the final one is Tuesday). Similarly, this could be the final hurrah for Megan Rapinoe, who at 36 has been coy about whether she’ll play beyond this year.

Unfortunately for USWNT fans looking toward the future, this isn’t exactly the best way to start a cycle heading into the 2023 Women’s World Cup. With 21 months to go until the next major competition, now is the time to start working in younger players so they’re ready to go for qualifying in July. Yes, qualifying for the Women’s World Cup is less than a year away.

On Thursday, the average age of the starting lineup against South Korea was 29.9 years old despite including relative newcomers Tierna Davidson (23) and Catarina Macario (22). Rapinoe, Alex Morgan (32) and Tobin Heath (33) started up front for the Americans, while Becky Sauerbrunn (36) anchored the back line.

If the next World Cup started today, those four would undoubtedly be starters. But in two years, who knows? Morgan might be the only lock for Australia/New Zealand among that group, but mostly because no central striker has yet emerged to take her mantle.

This is a problem for the U.S.

While nine months can seem like a long time to prepare for World Cup qualifying, there really aren’t many more chances to get the squad together before then. Currently, the U.S. doesn’t have any matches scheduled for the remainder of 2021 despite one window remaining at the end of November. There will still be the SheBelieves Cup early in 2022 and two more windows for friendlies after that, but qualifying will be here before you can figure out how to spell “Vlatko Andonovski” in Macedonian. (It’s Влатко Андоновски.)

The USWNT can’t afford a repeat of the near disaster in 2011 World Cup qualifying, when the U.S. was stunned by Mexico in the semifinals of Concacaf qualifying and forced into a do-or-die playoff with Italy, then ranked No. 11 in the world. The USWNT drew 0-0 with current No. 11 Australia at this summer’s Olympics.

The USWNT is still an incredible squad. Even if this same group minus Lloyd wound up playing in the 2023 Women’s World Cup, they’d be one of the best teams in the tournament. But the USWNT is expected to do more than just be one of the best — it’s expected to win. Currently the U.S. badly needs an injection of youth to compete with the Swedens, Frances and Canadas of the world. Let’s not forget how much this team struggled just to get bronze at the Olympics.

And we saw on Thursday there is exciting youth coming through the ranks. At halftime, Andonovski brought on Mal Pugh (23) and Sophia Smith (21). Both were electric on the wings, providing much-needed verve to the U.S. attack. Pugh in particular looked like the young star we thought she’d be five years ago. Though they weren’t able to create any goals — some of that came down to not being on the same wavelength as Lloyd, who came on in the 63rd minute — they showed what the U.S. has at its disposal. In fact, Morgan looked far better flanked by the younger players than Heath and Rapinoe.

The U.S. needs more friendlies where the youth is given a chance to shine instead of wasting time reliving old glories. Lloyd has been one of the greatest to ever play the game, but it’s time for her to step aside and let the youth take over. Let’s allow Trinity Rodman, the 19-year-old who’s tearing up the NWSL this season, show what she can do. Let’s give Jaelin Howell, Ashley Sanchez and Mia Fishel more opportunities to earn a spot on the World Cup roster. Let’s stop wasting rare opportunities with the national team.

On Tuesday, Andonovski will undoubtedly start Lloyd in her final USWNT game to give her the sendoff she deserves. After that, hopefully the U.S. can move on and fix the stagnation that’s plagued this team since 2019.