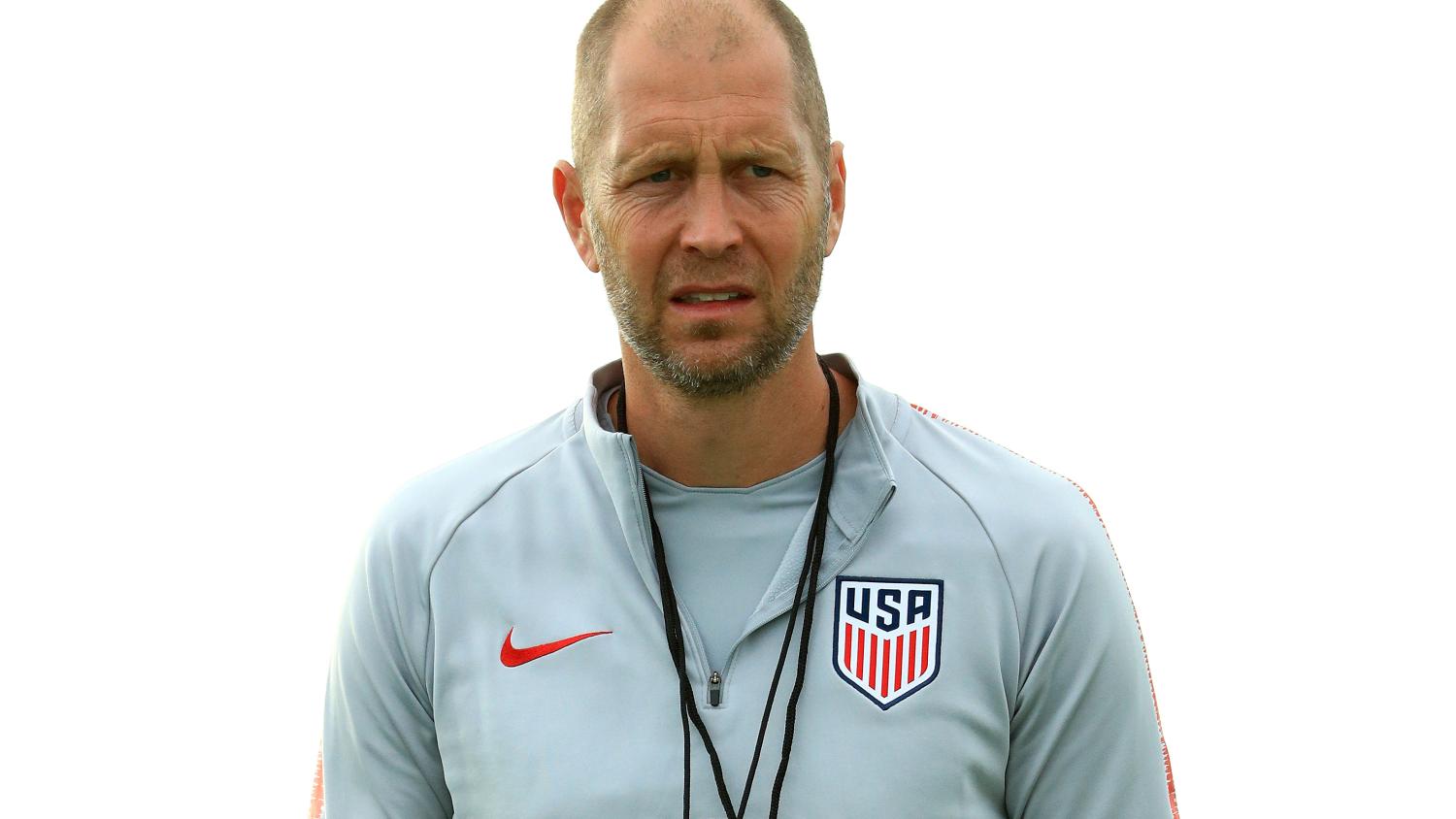 Gyasi Zardes has the most caps on the roster with 65.
Getty Images

The U.S. men’s national team will play Bosnia and Herzegovina in Los Angeles for an international friendly on Dec. 19. The December USMNT roster for this game was released Friday morning and fans will need to familiarize themselves with some new names.

This friendly isn’t being played during an international break, meaning big names like Christian Pulisic, Weston McKennie and Sergiño Dest won’t make the trip to LA. The roster features 21 MLS players, two USL Championship (the league below MLS) and three players who play for club teams outside the U.S.

It’s clear that this is a Z-team when the roster has heavy MLS representation and Berhalter’s favorites like Sebastian Lletget and Paul Arriola are still being rested. Here are some takeaways from this roster.

Where Is Daryl Dike?

According to Berhalter, Orlando City star Daryl Dike is “beat up” and needs to rest.

Berhalter on Daryl Dike not being called in. "He's beat up. He needs recovery." #usmnt

Dike last played on Nov. 24 in the MLS Playoffs and has nearly a month before the friendly against Bosnia, so I’m not entirely sure what Berhalter is getting at here.

The popular rumor right now is that Dike is finalizing a move to a European club now that his MLS season is done. The 21-year-old had an incredible stint with England Championship side Barnsley earlier this year and could be poised for a return to Europe.

Jonathan Gomez Is An Important Inclusion

Gomez is a dual-national right back who still has the option to play for the U.S. or Mexico. The 18-year-old’s time in the USL Championship is done after he secured a move from Louisville City to LaLiga side Real Sociedad.

The friendly against Bosnia won’t automatically tie Gomez to the USMNT should he play. Friendly competitions don’t cap-tie a player to a national team. Ricardo Pepi is the prime example of the importance of dual-national players, and boy could the USMNT use more depth at right back.

Johnny Cardoso Is Back

It’s quite rare to have a USMNT member play their club ball in South America. Johnny is Brazilian-American and has been playing in Brazil’s top flight with Internacional for the past two years.

The 20-year-old central midfielder has made two friendly appearances for the USMNT, and I’ll be curious to see if he gets more action against Bosnia.

The friendly against Bosnia isn’t some meaningless game where Berhalter is just letting some new faces get playing time. This match was scheduled to help boost the U.S. in the FIFA rankings ahead of the 2022 World Cup.

The top seven ranked teams in the world plus Qatar will be the highest seed in their respective World Cup group. The USMNT was ranked 12th in the world in November’s rankings. A victory against Bosnia and Herzegovina (61 in the world) can only help the Americans.

Bosnia is ranked higher than Panama (63), El Salvador (69) and Honduras (76) who the USMNT will play at home in the coming months for World Cup qualifiers.