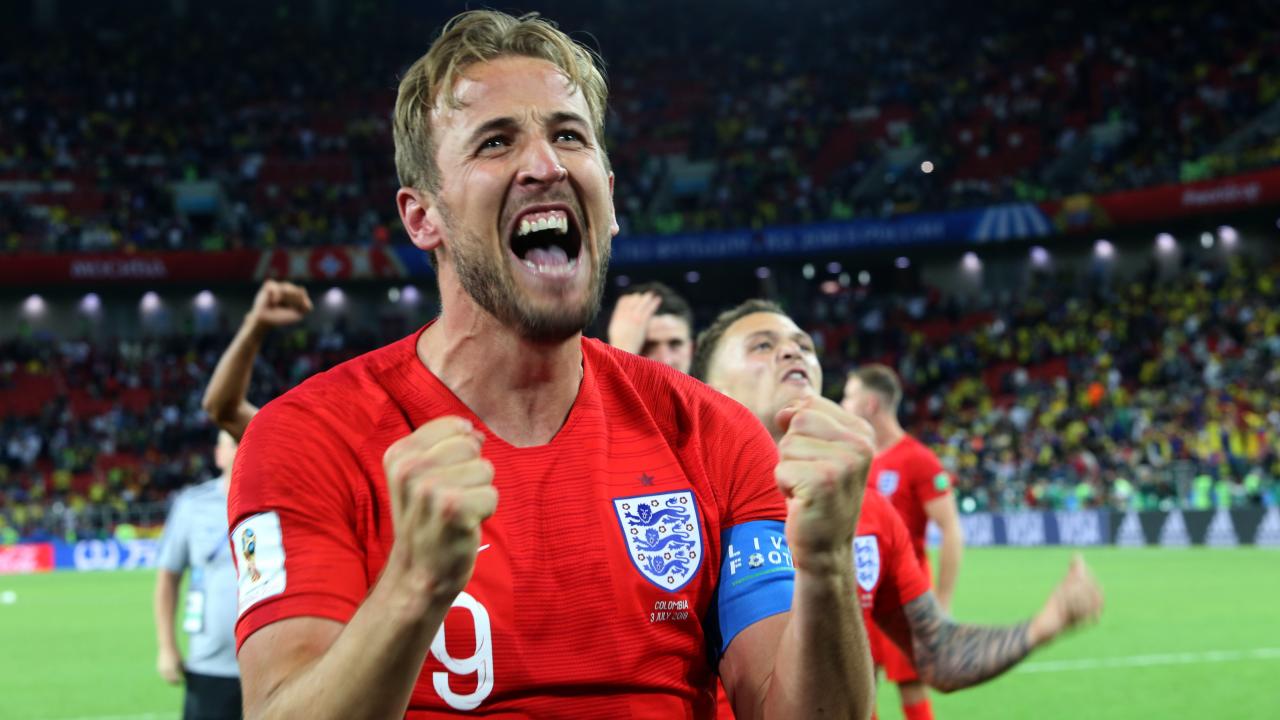 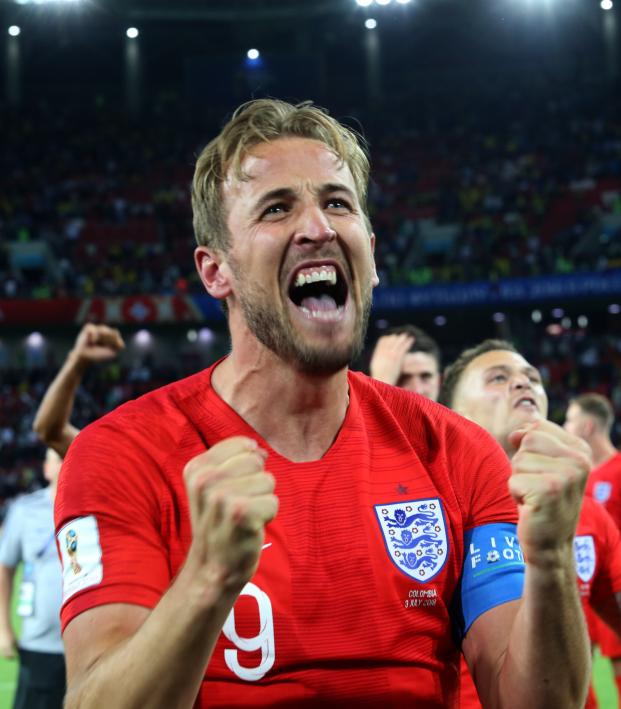 A month after Russia thrashed Saudi Arabia to open the World Cup, France took advantage of its chances and was crowned world champions for the second time. Those high-scoring matches bookended a tournament in which there were 169 World Cup goals. With 12 of those resulting from own goals, there were 157 goals where the celebration wasn't marred by an untimely mistake.

Of those 157 World Cup goals, nearly 80% were scored by players from the top five leagues in Europe. Thanks in large part to England advancing further than Spain, the EPL finished just ahead of La Liga in the race for most World Cup goals. 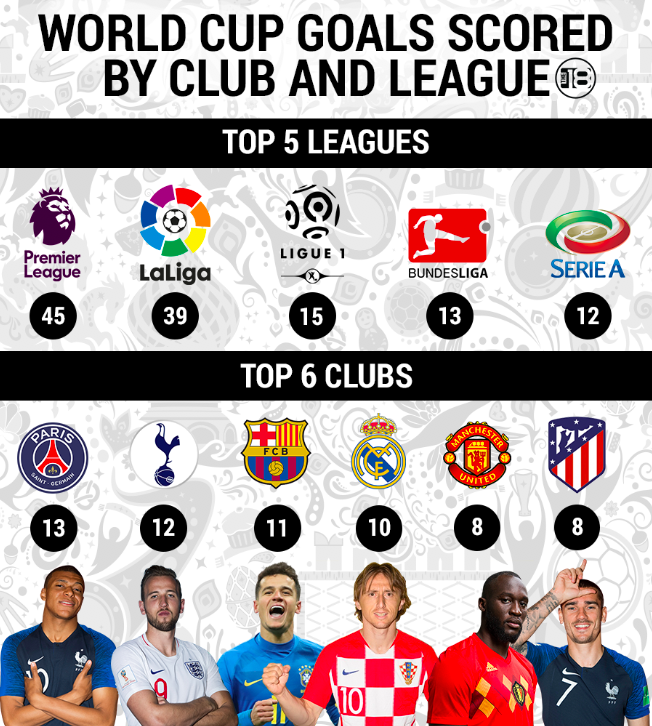 England was the only national team to have all members of its 23-man roster play domestically. The EPL also had more players in the tournament than any other team, and it backed up that advantage.

There's a notable drop-off from the EPL and La Liga to the remaining three of Europe's top five leagues. Serie A posted an unusually low number, but that was mostly a result of Italy's first absence from the World Cup since 1958.

Ligue 1 had a surprising third place finish, and they have PSG to thank for that. Of the 15 World Cup goals scored by players from France's top flight, PSG players bagged 13 of them. That number is consistent with PSG's dominance domestically.

On the flip side of that coin, 14 of the 20 teams in the 2017-18 Premier League had a goalscorer at the World Cup. The six clubs to miss out were Watford, Burnley, Bournemouth, Swansea City, Crystal Palace and Brighton Hove & Albion.

La Liga's goalscoring output was heavily weighted towards Real Madrid, Barcelona and Atletico, but six other clubs chipped in.

Perhaps most surprising was one European giant missing from the scoresheet entirely. Adding insult to injury, Bayern Munich players — looking at you Thomas Muller and Robert Lewandowski — didn't score any goals in Russia.

If you had guessed that Guatemala's Liga Nacional would outscore Bayern Munich before the tournament began, I hope you were able to cash in on that bet.

Municipal's 37-year-old defender Felipe Baloy scored the first World Cup goal in Panama's history. It would have been impossible to guess the 6-1 scoreline in favor of England given the celebrations that poured out onto the streets in Panama City.

Although we are a long four (and a half) years from World Cup action, we can expect Qatar 2022 to bring heaps of goals from Real Madrid, Barcelona and PSG players. But there's no doubt that a Felipe Baloy 2.0 is waiting in the wings.