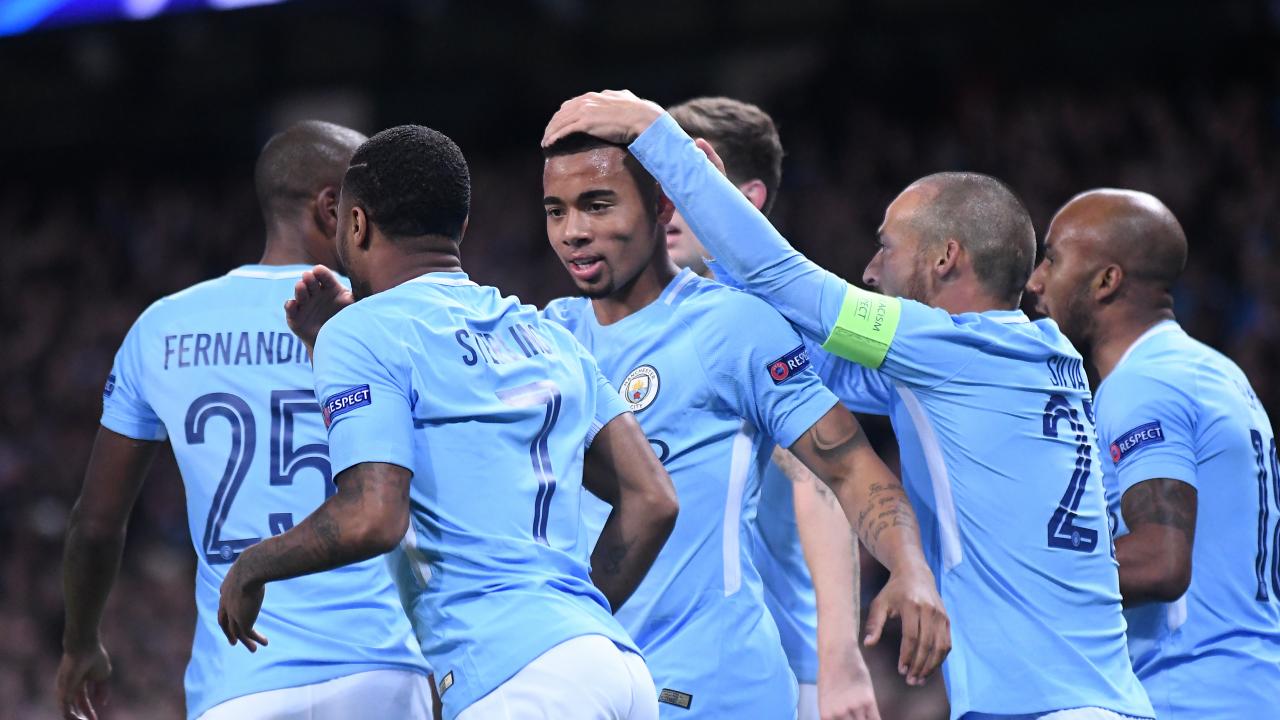 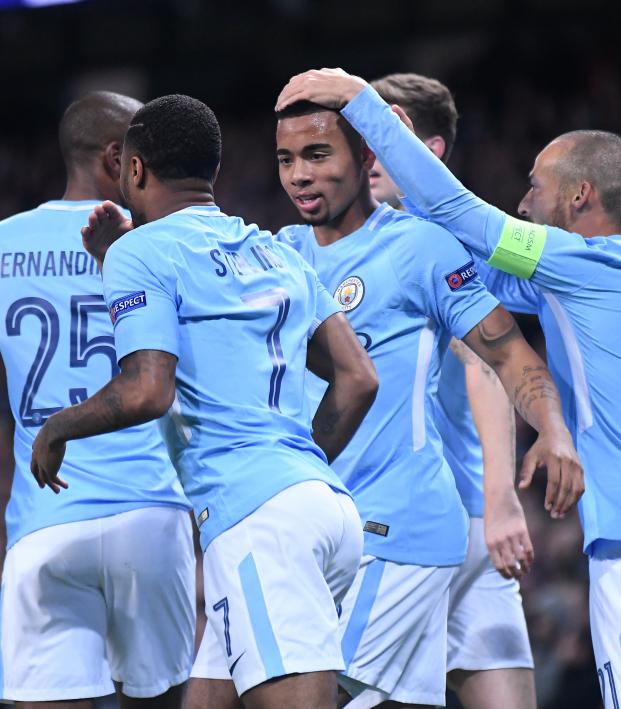 Manchester City, Real Madrid and Barcelona will be the top clubs at World Cup 2018, sending 16, 15 and 14 players, respectively. Even with Leroy Sane and Aymeric Laporte finding themselves among the most valuable World Cup snubs, Man City still managed to eclipse the two Spanish giants as the most-represented club in Russia.

Remarkably, the national teams that Man City players will compete for are the eight teams with the best odds of winning the World Cup. There's a reason City became the first team to earn 100 points in a Premier League season.

The top clubs at the World Cup feature a few surprise teams. Saudi Professional League clubs Al Hilal SFC and Al Ahli SC and Egytpian Premier League team Al Ahly SC are sending nine players each. All but two of the players from those Saudi Pro League teams will compete for Saudi Arabia. 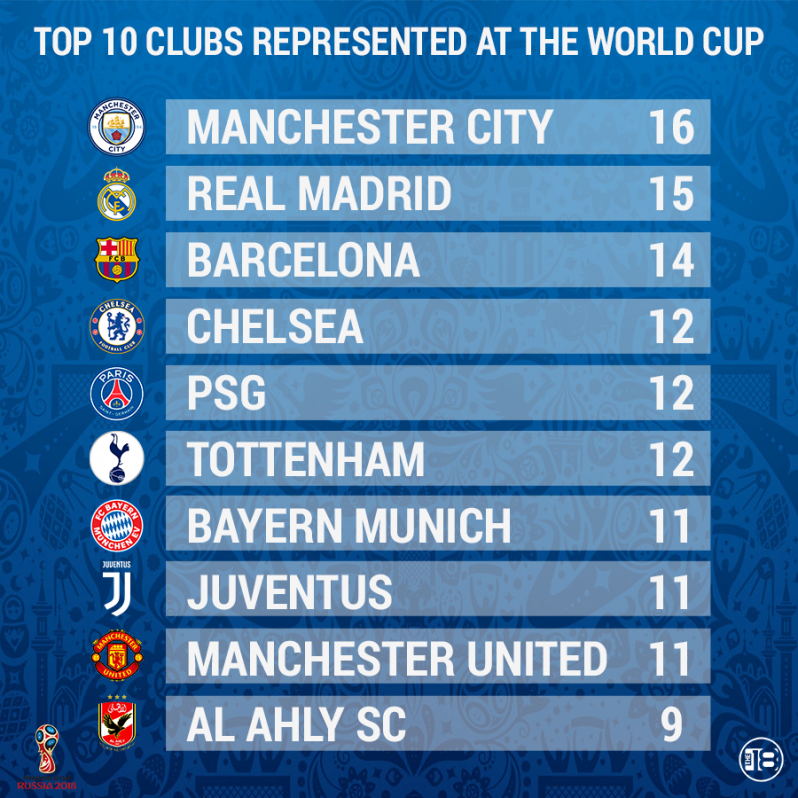 If you're a believer in team chemistry from the club season carrying over to the international pitch, then you might fancy Saudi Arabia to advance from the weakest group. Only eight clubs are sending five players from the same international team to the World Cup. In addition to the two Saudi Pro League teams, those clubs include Bayern Munich (7), Real Madrid (6), Al Ahly SC (6), Tottenham (5), CSKA Moscow (5) and Zenit Saint Petersburg (5).

The top clubs at World Cup 2018 are a good indicator of which leagues are sending the most players. Not surprisingly, the top five leagues in Europe will be the most represented. A whopping 43 percent of players competing in the World Cup come from those five leagues. 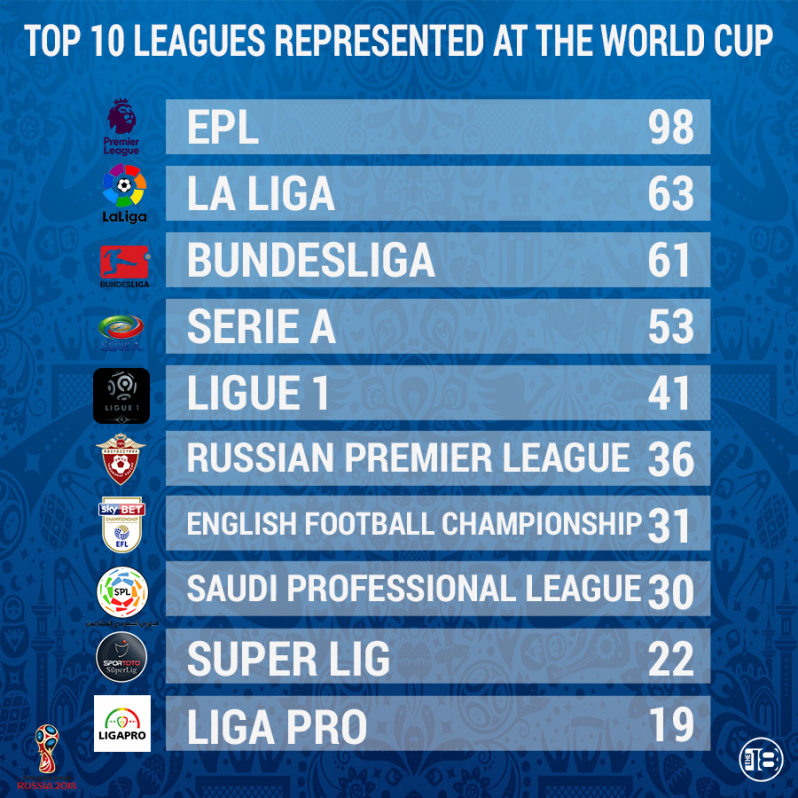 Liga MX and MLS just missed the cut for the top 10, as they're sending 18 players each. League representation was tallied by the number of players currently in each league. This means that the 12 players going to the World Cup on relegated EPL teams were counted in the Championship, while the five players from promoted teams were counted toward the EPL total.

Either way, the Championship is by far and away the most-represented second division league. La Liga 2 comes in tied for 20th with the Chinese Super League, as those leagues are sending eight players apiece.

The top leagues and top clubs at World Cup 2018 suggest that fans of the top five leagues in Europe will be most familiar with World Cup players. Still, the Russian Premier League and Saudi Pro League will have a chance to prove their mettle on the sport's biggest stage. The World Cup opening match will essentially be a contest between the best players from those two leagues.