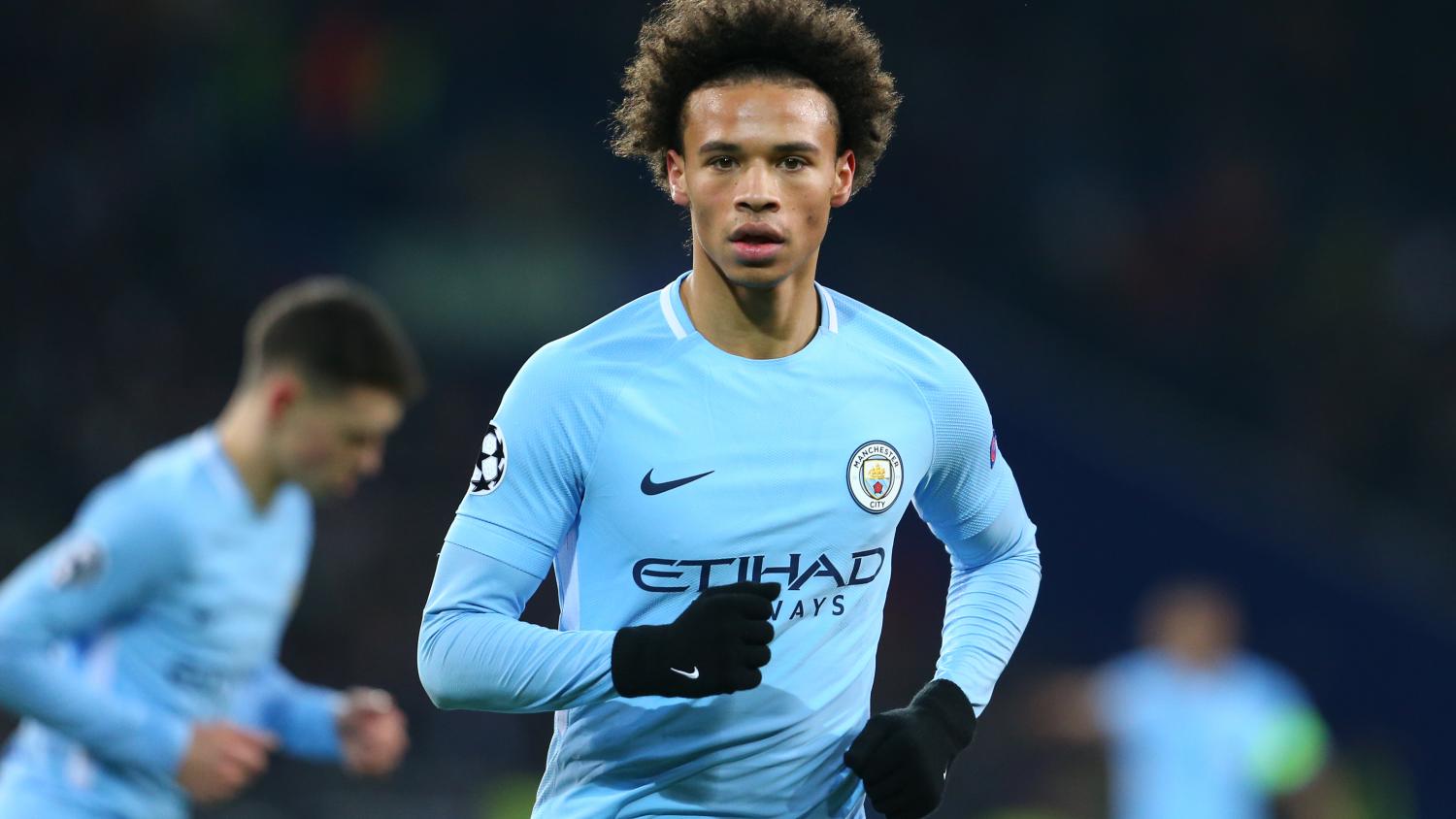 These are the 18 best players who will be watching the World Cup from home (or vacationing in some exotic paradise).
Shutterstock

When Germany announced its final roster for the World Cup, the exclusion of Leroy Sane vaulted the Man City winger to the top of the list of the best players not going to the World Cup this summer. Whether a player was snubbed from a loaded World Cup roster or plays for a country that didn't qualify, there is some great talent that will be missing out on the action in Russia.

We're using player values on Transfer Markt as the benchmark to determine the best players not going to the World Cup. In total, 30 of the top 100 most valuable players according to Transfer Markt will be watching the sport's biggest tournament from home.

The 18 Best Players Not Going To The World Cup

Sane's snub shocked many, as he was one of the most valuable and consistent players for Pep Guardiola this season at Man City. His 10 goals and 15 assists helped City become the first 100-point team in EPL history. Sane seems to be taking manager Joachim Low's decision in stride.

Icardi's 29 league goals tied him with Lazio's Ciro Immobile for the top spot in Serie A. The shared Golden Boot wasn't good enough for a place on Argentina's team. Manager Jorge Sampaoli opted instead for Gonzalo Higuain's experience and Paulo Dybala's versatility.

Aubameyang led Gabon to the final round of Africa's World Cup qualifying, but his country of two million must wait at least another four years to qualify for its first World Cup. Aubameyang provided a significant boost to Arsenal following his mid-season transfer from Dortmund, bagging 10 goals in 13 league games.

Transfer Markt lists Oblak and Man United keeper David de Gea as the most valuable keepers in the world. Oblak has been criticial to Atletico's pristine defensive record over the past four seasons, and he wasn't to blame for Slovenia falling short in qualifying. He conceded just seven goals in Slovenia's 10 qualifying matches.

Italy's most valuable player on Transfer Markt has been a fixture in the center of the midfield for PSG during the last six seasons. Verratti missed the 2016 Euros after hernia surgery, and he was then a part of the first Italian team that failed to qualify for the World Cup since 1958. Still just 25, Verratti should have a few more cracks at international glory.

Sanchez is the all-time leading goal scorer in Chile's history with 39 goals in a record 121 games with the senior team. He led his country to consecutive Copa America titles in 2015 and 2016, but the wheels fell off at the end of Chile's 2018 World Cup qualifying campaign. Chile mustered just one point in its final four qualifying games to finish behind Peru on goal difference.

Keita will join Liverpool's newest transfer prize Fabinho to overhaul a midfield that look outmatched in the Champions League final. The 23-year-old Guinean helped his country advance to the final round of CAF qualifying, but Guinea only managed three points en route to finishing last in its group.

Martial found himself in a timeshare at Man United during the past season, but he made the most of his 30 appearances by scoring nine goals and providing five assists. It seems like he's been around forever, but Martial is still just 22 and should feature for France in the next two World Cups. His omission from the World Cup speaks to the depth of France's team; Martial is the first of five French players apppearing on this list.

Morata had a dismal second half of the Premier League season, scoring just one league goal after the calendar turned to 2018. That string of poor performances cost him his starting spot on Chelsea and ultimately a place on Spain's World Cup team. Manager Julen Lopetegui opted for Celta Vigo's Iago Aspas and Valencia's Rodrigo in place of Morata.

Pjanic has been a mainstay in the center of the pitch for Juventus during its consecutive seasons of domestic doubles. After making the 2014 World Cup, Bosnia was favored to finish in the top two of its qualifying group, but Greece edged them out to advance to the second-round playoff.

Insigne would have featured up top for the Italians in Russia, but the European qualifying gauntlet said otherwise. Adding to Insigne's disappointment was Napoli's hard-earned, second-place finish in Serie A, after it looked like they just might wrestle the Scudetto away from seven-time defending champion Juventus.

Following Lacazette's 2016-17 season at Lyon in which he scored just under a goal per game, his follow-up campaign at Arsenal was largely underwhelming. That didn't help him secure a spot on what was perhaps the most difficult roster to make for this year's World Cup.

Lopetegui left out Barcelona's starting right back in favor of Real Sociedad's Alvaro Odriozola. Spain's defense is loaded, as both Javi Martinez and Marc Bartra also did not make the final 23-man roster.

Coman and Martial will likely be key players on France's 2022 World Cup team, but an overflow of talent leaves both behind this year. Coman has won league titles in Serie A, Ligue 1 and the Bundesliga, and he's still shy of his 22nd birthday.

Rabiot didn't take kindly to Didier Deschamps' decision to leave him off the French team, declining his place on France's stand-by list. The PSG man is another young French player who should feature in major international competitions in the future.

Laporte is the second Man City player on this list who has a right to feel aggrieved at not being included in his team's final roster. However, there's no shame in having Barcelona's Samuel Umtiti and Real Madrid's Raphael Varane selected ahead of you. France should probably be the World Cup betting favorite.

After competing in the previous two World Cups, Algeria fizzled out in qualifying during the 2018 cycle. Long the subject of transfer rumors away from Leicester, Mahrez nonetheless performed well for the Foxes last season, scoring 12 goals and adding 10 assists in 36 league games.

Van Dijk rounds out the list of the best players not going to the World Cup this summer. Liverpool's mid-season addition was instrumental in the Reds' run to the Champions League final, and he should lead Netherlands back to the World Cup in 2022.