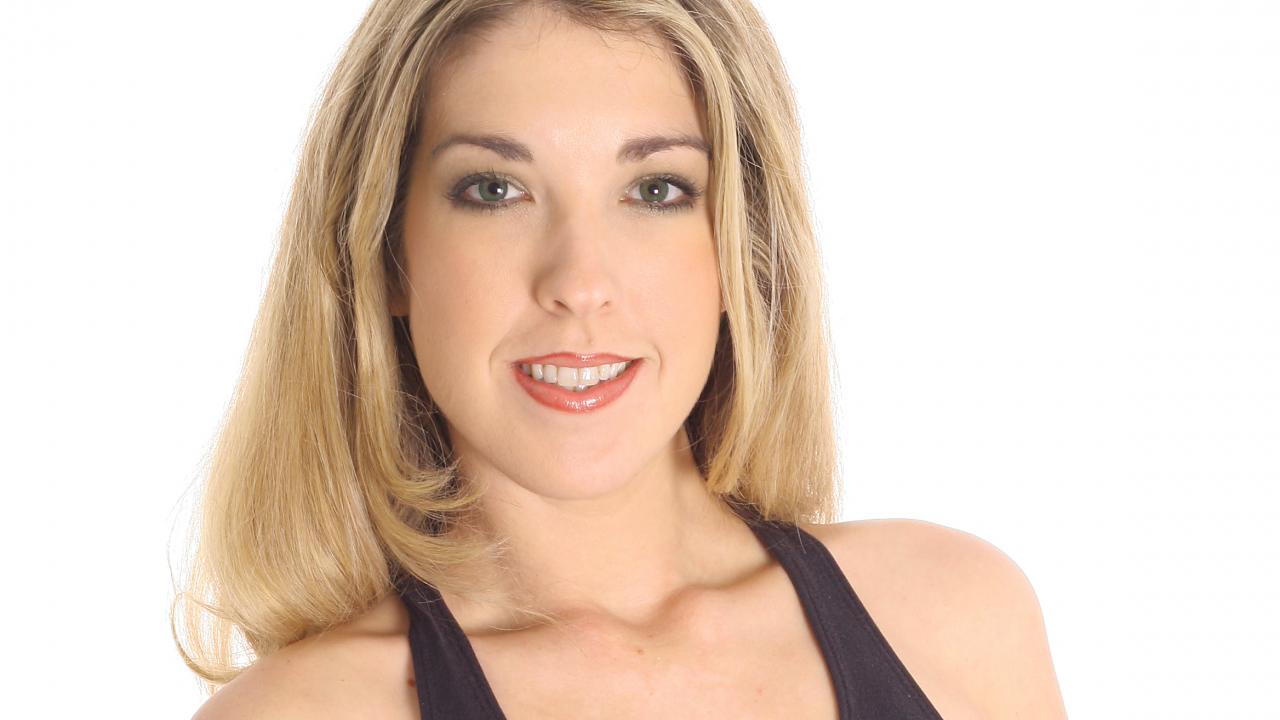 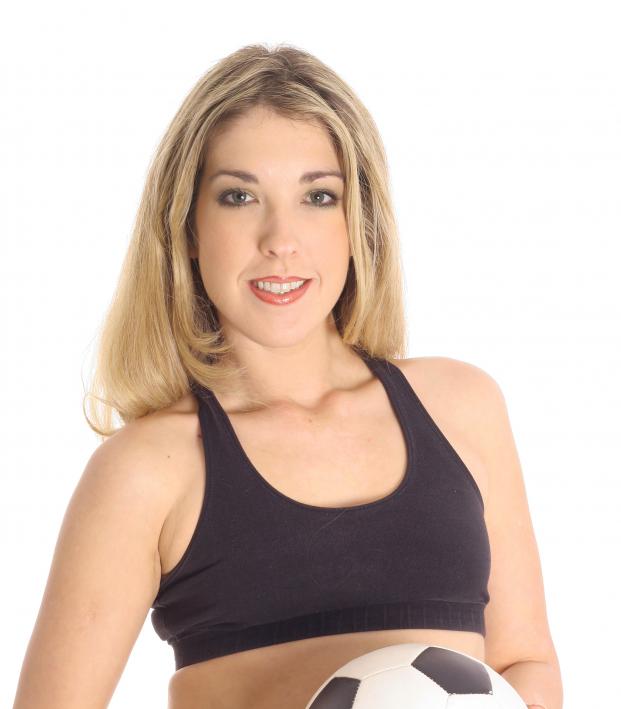 As much as we all love soccer here at The18 and around the world, we have to admit that there are a few things more important than the beautiful game. First comes survival: We need food and water, plus a place to live. After that comes sex, followed by our social desires such as parenting and friendship. Only then do we really get to soccer.

So maybe we shouldn’t be surprised by the amount of soccer mom erotica we found floating around on Amazon.com.

Now don’t get all shy on us and click away from what you think might be dirty content. Sex isn’t anything to be ashamed of, and the U.S. would be a lot better off if policy makers understood the importance of real sex education. While we don’t want to discriminate our asexual or demisexual readers, we know that most people out there are very sexual beings, whether they want to admit it or not.

So buckle up, we’re going to take a look at the world of soccer mom erotica on Amazon.

To be clear, our aim here isn’t to shame anyone who reads these books. But we can’t in good conscience go another day without letting our readers know about this world of soccer mom erotica available at your fingertips for a small fee and a quick download to your eReader.

Without further ado, here are some of the most intriguing soccer mom erotica titles we found on Amazon.

“When Ilene Stanford’s husband left her after years of marriage for a much younger model, she just knew her romantic life was at an end. Having only known one man since high school, she was sure that at thirty-two her days as a love interest was all but over, and besides, she had a twelve year old daughter to raise. With her mind set on being an old maid, she was in no way prepared for bad boy ex-soldier Dane who came into her life literally through her bedroom window at night, and did things to her body that she didn’t even knew existed. Sure the lovemaking was off the charts good, but could she trust the craziness that he whispered in her ear in the darkness of night?”

Out of 220 readers to review this book, 64 percent gave five stars. “Annie K 69” said she loved it and said it’s fast-paced, despite clocking in at 393 pages, by far the longest on this list. “DR” said Dane is the best hero Jordan Silver has ever created. “Chrisda” wants someone to send a Dane Nightingale over to her place ASAP.

However, “HorseShowMom” (close but not exactly the target audience?) said Dane was a jerk, abusive and controlling. Others complain about Dane stalking Ilene, that it has a bizarre plot or it’s just awkward.

As a writer/editor, I cringe when I see the countless typos, grammatical errors and style issues immediately apparent in the synopsis and assume the novel is full of similar errors. But hey, bad boys don’t give a shit about grammar, and Dane Nightingale appears to be one bad boy.

Sadly, Dane isn’t a soccer player, but apparently a former soldier who has stalked this soccer mom and must have her. Stalking isn’t really healthy, even for former soccer players.

(The Real Soccer Moms of Beaver County is a series of four books each based on a different soccer mom: Blanche, Luna, Queenie and Moira.)

“Sh*t gets real when four long lost classmates reunite in their hometown and find themselves on the soccer field as moms. Old tensions flare up as all the moms are forced to play nice in front of their kids, coaches, and other parents. But these moms are anything but nice. Cut-throat, vindictive, and spiteful color these ladies... They’re not above sucking a little dick to get ahead in life or chugging a bottle of wine to get through one more damn soccer tournament. One thing they all have in common? Nobody or no one screws with their kids! And when that happens the fur, bling, and bleach blonde hair flies. Is Beaver Falls going to be able to handle the heat these “Soccer Moms” kick up?”

Each of the four books has two reviews ranging from 4 to 5 stars. No, they are not by the books' authors.

We’re intrigued by the idea of telling the story around a soccer team from four soccer moms’ perspectives, though we’re dubious about the amount of soccer discussed. That’s OK, because this is all about the soccer moms.

“Helen regretted never becoming a true soccer mom, but then something happened which was so much better.”

Believe it or not, sasquatch erotica is not uncommon. One could suggest it’s even mainstream after SNL did a bit on it this fall based on Republican Congressman-elect Denver Riggleman (seriously, Virginia?) being an author in the genre.

So it makes sense the soccer moms are getting in on it too, even if the cover art is taken straight from a stock photo (which of course we had to use as our feature image).

In this book — well, short story considering it’s a mere 20 pages — Helen’s husband Joe dies and she gets lonely until our hero sasquatch arrives to fulfill her desires. Or something.

But hey, don’t judge her. You know you’d hit that too.

We’re including a series of books under one umbrella, including:

“The proud moms of the Coolridge Cubs Girls Soccer team are invited for a training and awards weekend with the fine hunky players of New York City FC... but what exactly will be included in the training regime and will the awards be worth receiving?”

Soccer Moms On Tour: What happens on tour stays on tour!

“The Coolridge Soccer Moms find their fame has spread to England, Spain and Italy- all soccer-mad countries with more than their share of sexy guys and chicks who can't wait to join in the action. London, Barcelona and Naples...get ready for some intensive training with New York's hottest milfs! Showing Europe how to play the greatest game in the World!”

“The Coolridge Moms fly into the beautiful Bay of Naples for more outrageous adventures and sexy conquests. They have already had a bite out of London and Barcelona, now they fancy a taste of Italy! The grand tour of Europe continues for the five hungry cougars...”

We love that Melodie Horne has a little series going on here with the Coolridge soccer club moms, though if you add all the books together they're just 107 pages, including 10 pages for the first of the series.

We really want to know if MLS is getting a cut of this action — limited though it may be — from the first book given the use of New York City FC. And who are these hunky players they’re referencing? We hope it’s David Villa and not Tommy McNamara.

Fortunately, the ladies branch out of New York (not enough options, apparently) and enjoy various parts of Europe, though the England trip probably wasn’t as fun as the Italy or Spain trips.

None of these books have any reviews yet, so Melodie, if you read this, send us a free copy and we’ll be sure to leave a review.

“Ever been in bed with a woman older than your mother? Want to get me naked? Mother issues? So?

Erotica: all individuals are unrelated adults.”

This book runs at 92 pages and is likely full of short, one-off stories based on the title. We assume most of them have to do with the male hooking up with older women, presumably soccer moms.

The cover art is pretty salacious, but at least the synopsis makes it clear that all of the characters are adults who are unrelated. It is a bit odd that it doesn’t say the characters aren’t consenting, but I guess it is a work of fiction.

You should know, mainly because we're big on ethics here, if for some reason you decide you want to buy one of these soccer mom erotica books and click on one of the Amazon links to buy said book, we may receive a small payment. And, seriously, it will be small. But it will help us create more sexy content like this.