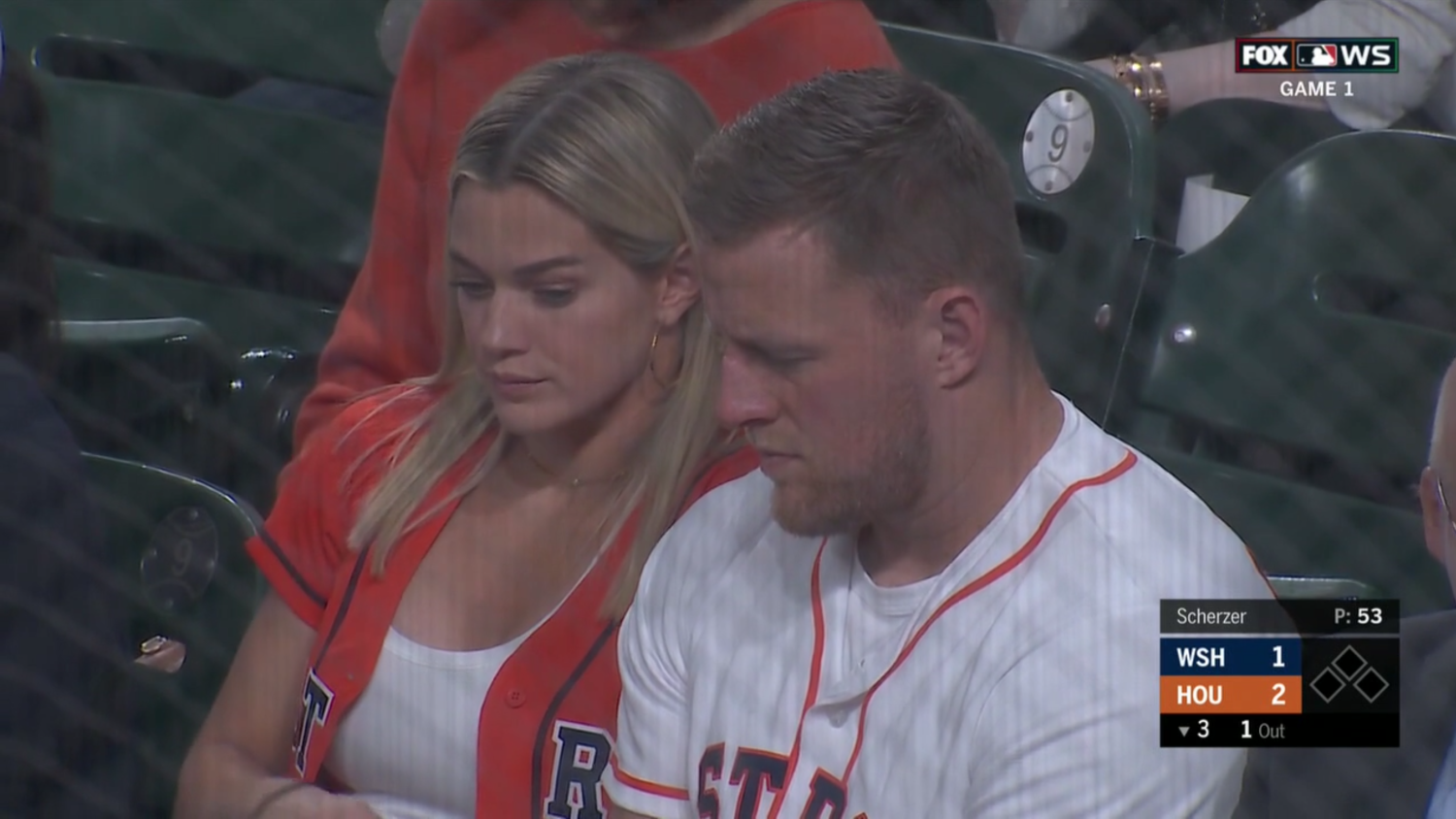 Fox, which broadcast the Women’s World Cup, put an NWSL captain on screen and failed to identify her.
Screenshot: Fox

Fox produced record audiences broadcasting the record-setting Women’s World Cup this summer. But we don’t think it really cares that much about women’s soccer.

During Game 1 of the World Series on Tuesday night in Houston, Fox cameras zoomed in on an NWSL star, the captain of the local team. Yet Fox failed to identify her, only putting a lower-third graphic to identify her slightly more famous fiancé.

In the third inning, after showing a clip of Houston Texans star J.J. Watt pumping up the crowd before the game, Fox showed Watt in the crowd watching the game from the stands. His fiancée sat next to him, ignored by Fox and thus another chance spurned by networks like Fox and ESPN to promote women’s soccer. 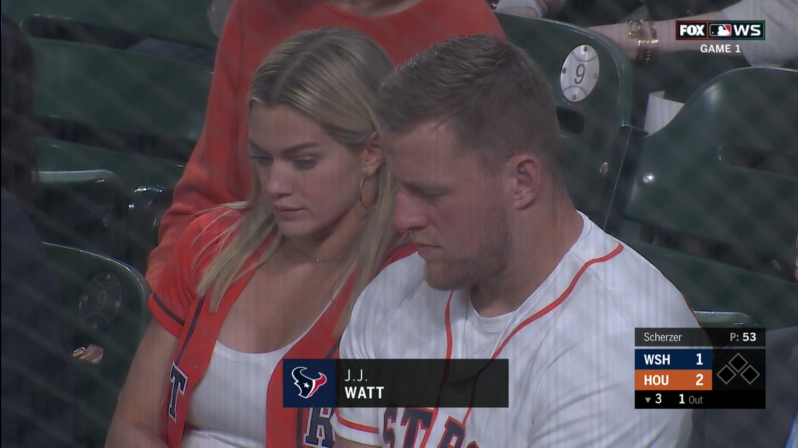 Kealia Ohai, captain of the Houston Dash and the club’s most notable player, was not deemed worthy of a mention by the Fox broadcast. The announcers talked about Watt, but said not a word about the soccer-playing star to his right.

During the World Series game tonught, the camera zooms in on JJ Watt and I know he's special to Houston but the announcer completely ignored Kealia Ohai. She's right next to him, his fiancée, a pro athlete, plays for the Houston Dash. What more do you want?

Hey @MLBONFOX that’s also his fiancé Kealia Ohai next to him (JJ Watt) can we recognize her also she plays in this city also.

No, but MLB didn’t bother to mention Kealia Ohai sitting next to JJ Watt

Some people picked up on the fact it looked like Ohai was giving Watt some side eye, perhaps trying to peep his DMs as he looked at his phone during the third inning.

Despite being perhaps the hottest footballing couple in the world and having been dating for a while, it’s a shame Fox didn’t bother mentioning a women’s soccer star.

But I guess Ohai shouldn’t feel too bad. Russell Westbrook and James Harden of the Houston Rockets had seats right behind home plate for Game 6 of the ALCS on Saturday night, and Fox didn’t mention either of them once. Either Fox didn’t care to promote a sport it doesn’t have broadcast rights to or it was scared to get into a debate about China-Hong Kong politics.