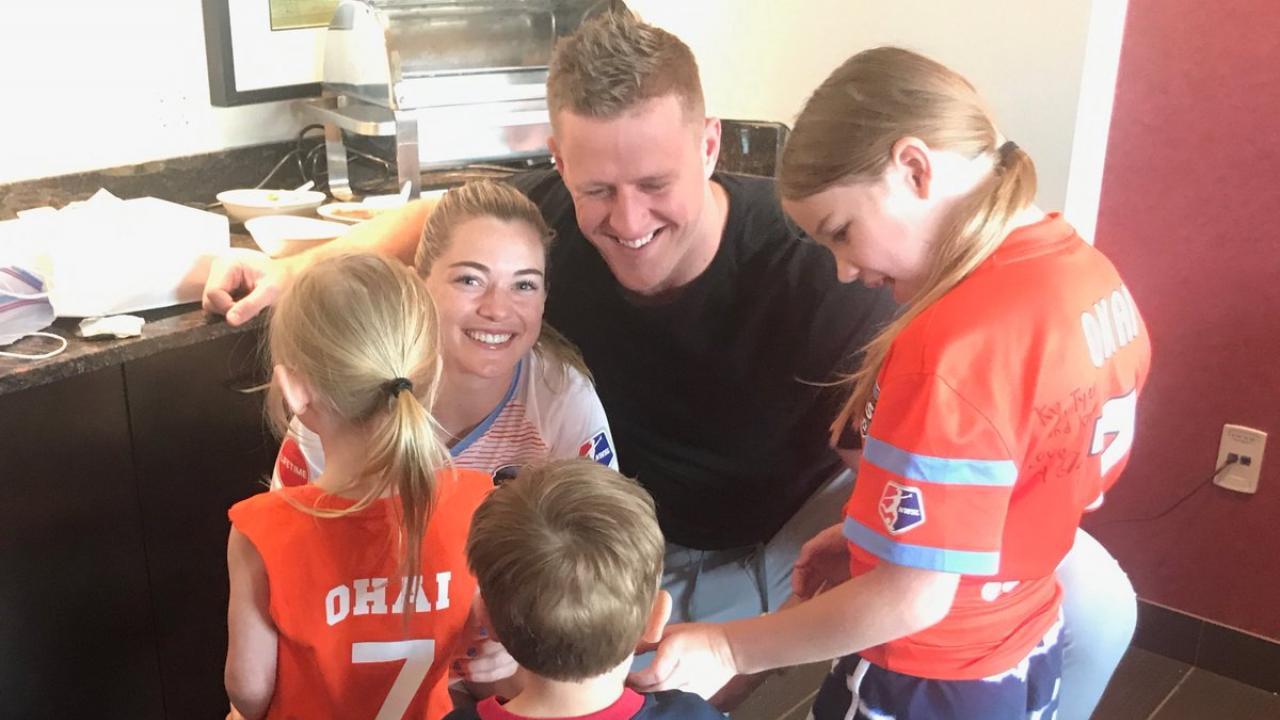 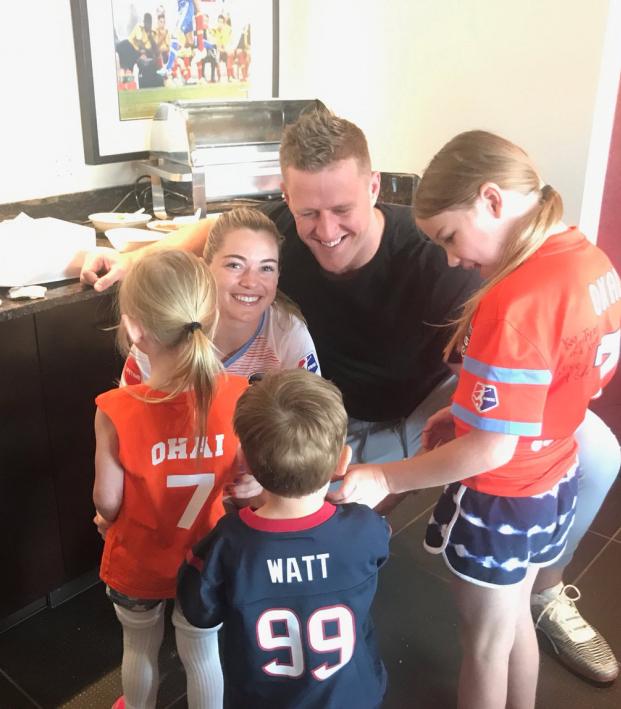 Move Over Zach and Julie Ertz, There’s Another USWNT-NFL Power Couple On The Scene

Houston Texans defensive end J.J. Watt spent his Saturday watching a different kind of football than what he's typically used to at the scenic Rio Tinto Stadium in Sandy, Utah. The four-time NFL Pro Bowl selection was taking in an NWSL match between the Houston Dash and Utah Royals.

There's no doubt that Watt was in attendance to enjoy the quality of NWSL soccer, but there was another explanation for his presence. His significant other, Kealia Ohai, was on the pitch, captaining the visiting Houston side. The 2017 Walter Payton NFL Man of the Year recipient and the Houston Dash star have been quietly dating for about a year and half, keeping away from the spotlight and managing their busy pro athlete schedules.

Both Watt and Ohai are big names in their sports. Ohai was a national champion at UNC, was tied for leading scorer in the NWSL in 2016 and is a member of the USWNT. Watt too has his fair share of accolades, including three NFL Defensive Player of the Year awards. Most recently, he made headlines for his off the field actions as he announced that he would pay for the funerals of the Santa Fe high school shooting victims.

In a bizarre turn of events, both Ohai and Watt suffered ACL injuries last year that cut their seasons short. However, the duo are now healthy and are ready to be the game-changers they have proven to be for their respective teams.

What’s the consensus on this couple? Yeah, you could say people are digging it.

In Utah for @KealiaOhai game, saw this in the stands and it got me.
Then we got to meet them after the game! pic.twitter.com/lY5lbHpDMP