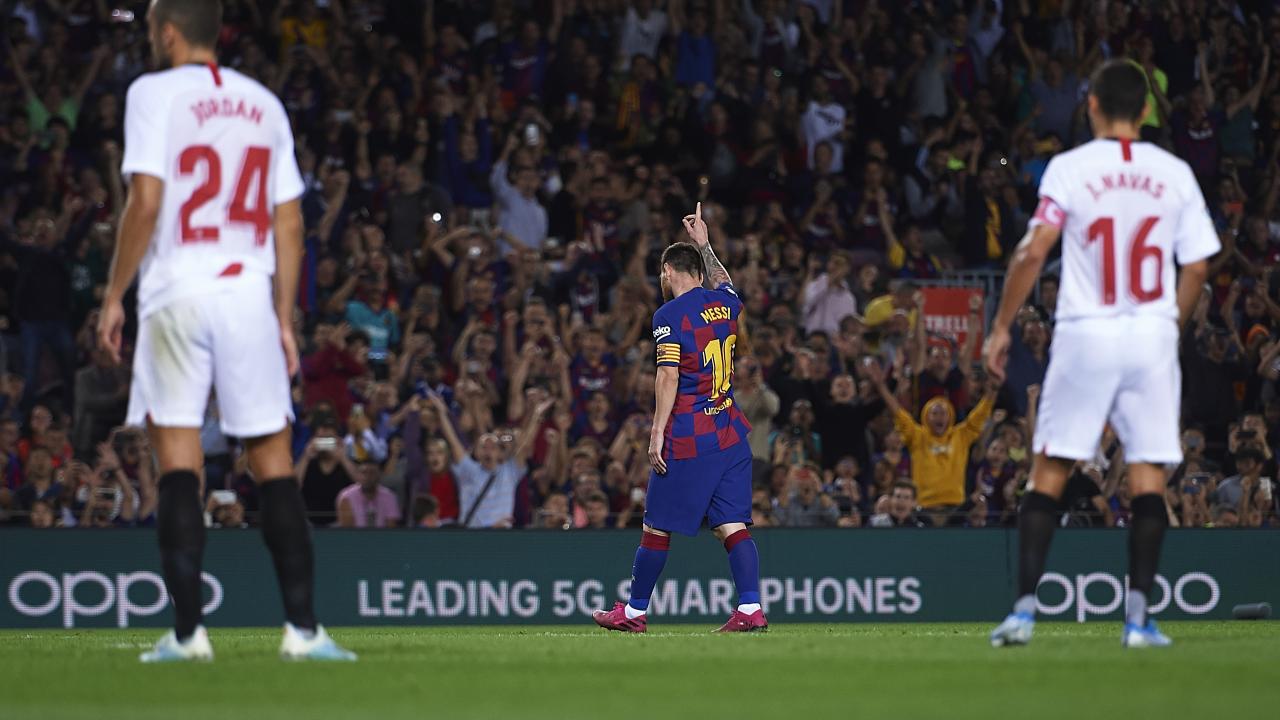 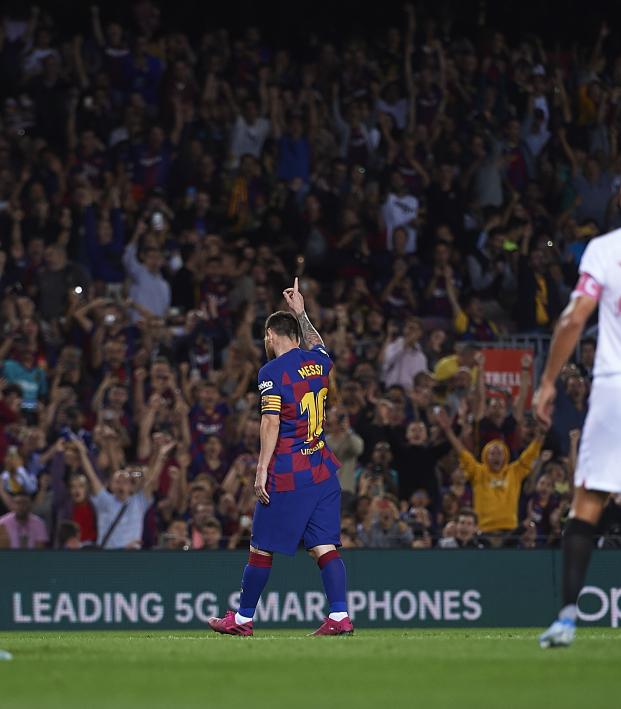 Messi’s First Goal Of 2019-20 Was Staggering, And So Are The Resulting Stats

They formed a four-man wall. They had a defender lie prone behind the wall to block a low shot. They dropped another defender to the goal-line to clear any effort at the near post. They had Czech international Tomáš Vaclík between the sticks.

Lionel Messi’s first goal of the 2019-20 season flew in from 23 yards out, avoiding it all with astonishing ease.

He’s been so prolific for so long now that each and every goal seemingly designates some new milestone.

His 100th goal from outside the box for Barcelona. His 43rd goal from a direct free kick. The fifth free kick he’s scored against Sevilla (he’s done it against 22 different teams).

How Many Goals Does Messi Have?

In total, it’s his 604th career goal for Barcelona. In terms of goals for one team, Messi is now just 39 behind Pelé’s all time record of 643 at Brazilian club Santos. That record, in a modern game dictated by money and transfers, was thought to be untouchable. Given Messi’s penchant for scoring 40+ goals per season, it’ll likely fall at some point in 2020.

It was with 420th goal in LaLiga, a very special milestone for those that prefer their La Pulga Atomica indica dominant. What’s more, his 420th goal in LaLiga moves him — however momentarily — above Cristiano Ronaldo’s mark of 419 in Europe’s top five leagues. Ronaldo’s total comes from 525 games — an average of 0.80 goals per game. Messi has hit 420 in 455 matches, an average of 0.92 goals per game.

The final number is three, which is the amount of months Messi is banned from international soccer. We could be watching Messi and Argentina play Germany on Wednesday at the Westfalenstadion, but “bullshit refereeing.”