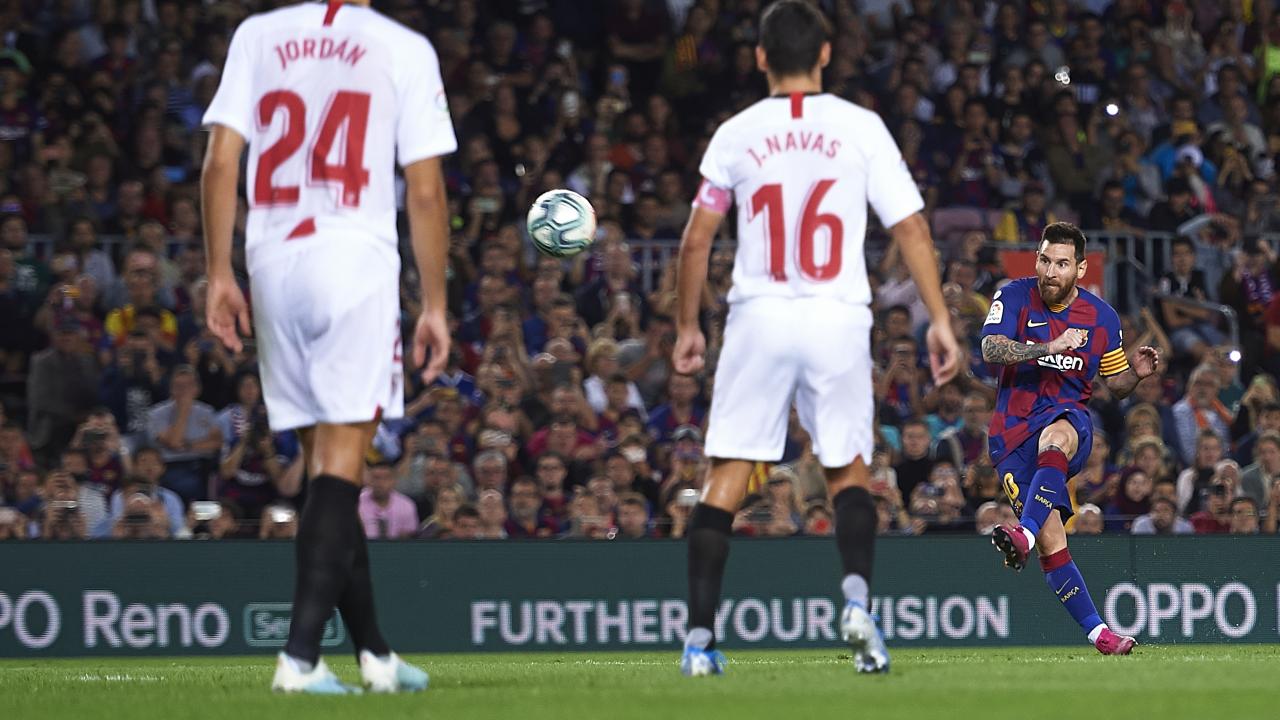 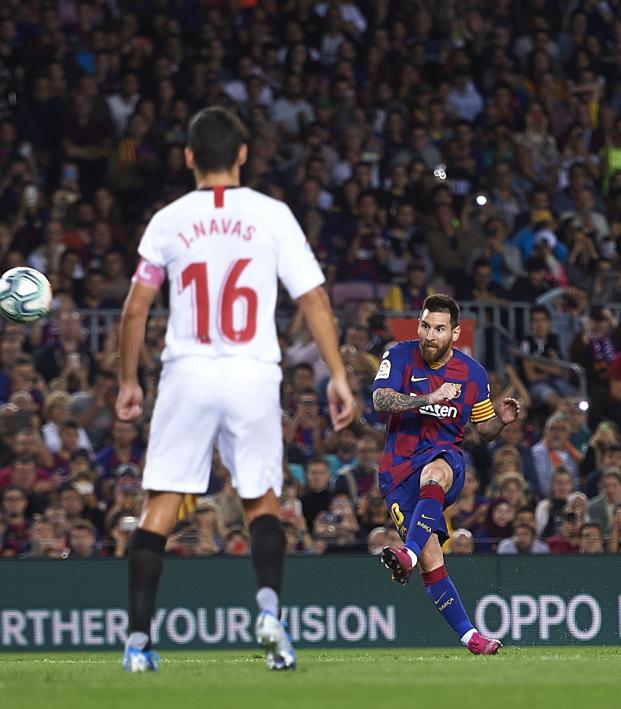 Connor Fleming October 6, 2019
All four of Barcelona's goals were pretty special in the 4-0 win.

Barcelona moved into second in LaLiga — two points behind leaders Real Madrid — with an emphatic 4-0 victory over Sevilla at the Camp Nou on Sunday. Barça raced to a three-goal halftime lead thanks to a stunning overhead kick from Luis Suárez followed by further strikes from Arturo Vidal and Ousmane Dembélé. Lionel Messi finished the scoring with a sublime free kick in the 78th minute.

Barcelona finished with nine-men after Ronald Araújo was issued a straight red card just 14 minutes after coming on for his senior Barça debut and Dembélé quickly followed after receiving his second yellow.

But let’s go to the goals — four glorious ones.

After scoring a stunning brace during Barcelona’s midweek Champions League victory over Inter Milan, Suárez opened the scoring in the 27th minute with a ridiculous bicycle kick.

Five minutes later, Dembélé kept the attack going with some magical footwork in the attacking third, and Arthur eventually found Vidal to double the advantage.

With Sevilla on tilt, Barça effectively ended the match in the 35th minute. Arthur got his second assist of the night, but this one was all down to Dembélé and the space he created for himself after faking a shot in the area.

OK, now for goal number four. It’s Messi in the 78th minute. Sevilla did absolutely everything they could to avoid this — a four-man wall, a man lying behind the wall, a man running back to defend the near post — but even a hand from goalkeeper Tomáš Vaclík couldn’t keep it out.

Messi and Barcelona return to action on Oct. 19 with a trip to the Basque Country to play Eibar.