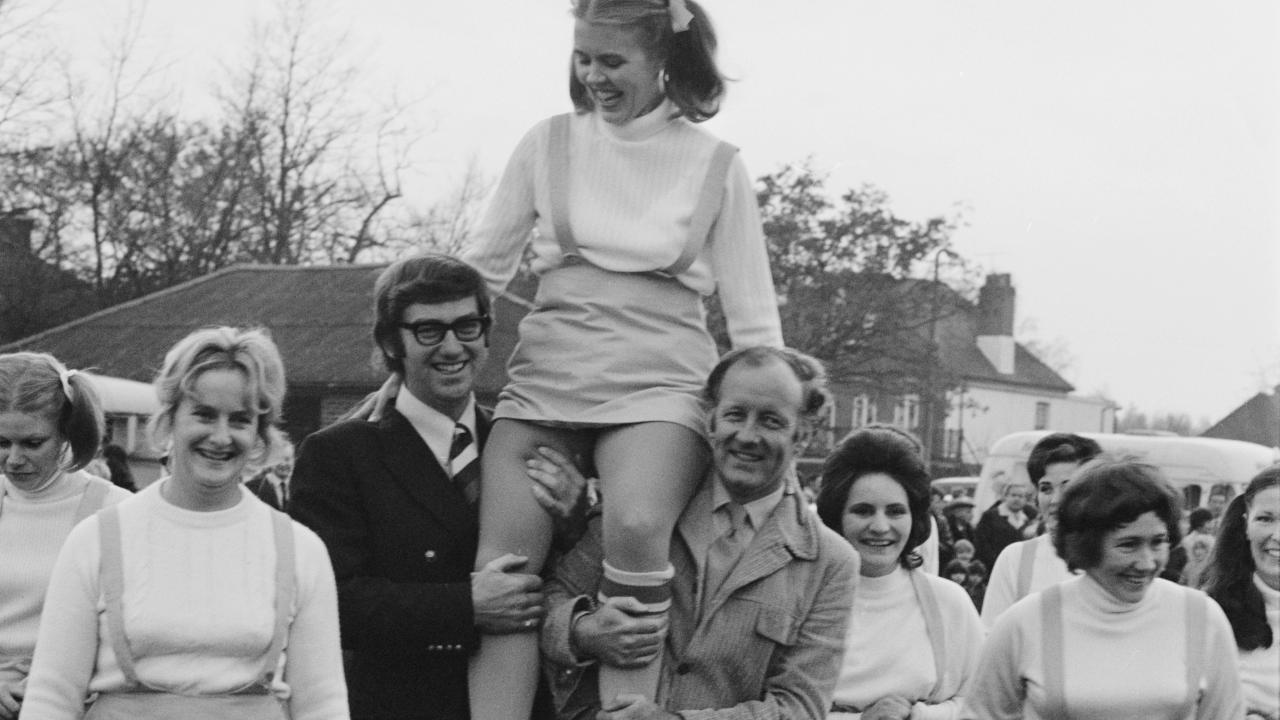 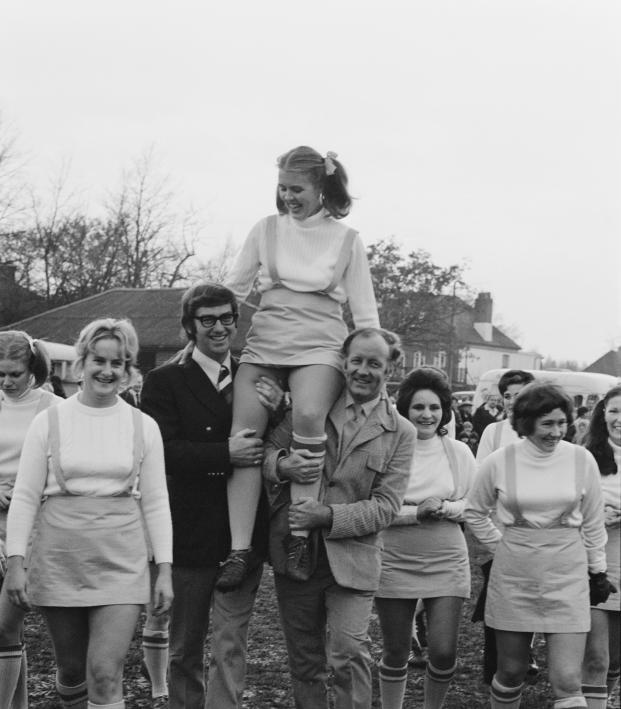 Women’s soccer is a massive sport these days, drawing more than 1.1 billion viewers to the 2019 Women’s World Cup. Leagues across the planet are growing steadily and women’s footballers are becoming household names throughout the U.S. and Europe.

It wasn’t always this way.

As soccer grew in popularity in the first decades of the 20th century, so too did women’s soccer. Lily Parr, the best player you’ve never heard of, scored 900 goals, was paid in cigarettes and once broke a man’s arm with a penalty kick. The openly gay player was way ahead of her time, but her career was limited when countries across Europe began banning women’s soccer.

When the British FA banned women’s football in 1921, it said “The game of football is quite unsuitable for females and ought not to be encouraged.” It wasn’t until the 1970s that those bans were lifted.

The ’70s were a period of both progress and ludicrous misogyny and sexism. While more and more women were able to play soccer, women playing the sport were almost always subjected to obscene chauvinism. Looking back at women’s soccer at the start of the 1970s, The18 was struck by just how sexist the media coverage was.

Word choice and photo choice are two of journalists’ most important jobs. Finding the right way to phrase a report without showing bias takes skill and practice. Similarly, photo selection requires editors to remove any sense of prejudice or partiality. But 50 years ago, it seems as though no one really cared about either of those things when it came to misogyny in women's soccer.

Misogyny In Women's Soccer In 1970s

Take, for instance, this article in 1971 previewing the upcoming Women’s World Cup (there were two such unsanctioned tournaments, the first in 1970). This wire story from United Press International published in the New York Times featured the headline: “SOCCER GOES SEXY SOUTH OF BORDER — Women’s World Cup Aimed at ‘the 2 Passions’ of Men.”

The article said the tournament would be “a mixture between sports event and a beauty contest,” adding that “women who play soccer are not muscular monstrosities, but generally pretty girls.”

An organizer for the tournament was even quoted as saying they planned to stress the feminine angle to combine two of men’s favorite things: objectifying women and soccer. The first hundred or so words of the article were shockingly dismissive of any women’s soccer player’s actual abilities, entirely focused on the novelty of it all and how the women would be eye candy for viewers. Alas, as far as we can tell, the only other written record of the tournament the New York Times published was a one-sentence story on the final buried at the bottom of a page. 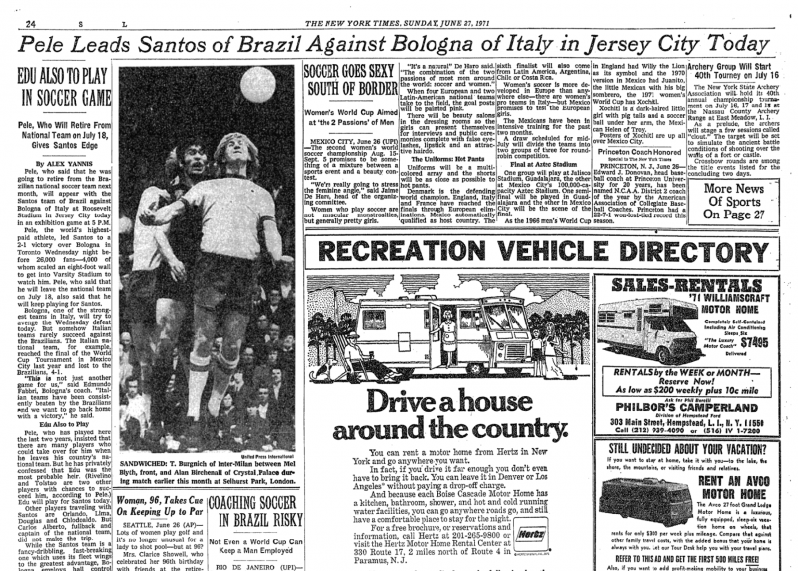 (H/T to Lindsey Gibbs of the Power Plays newsletter for discovery of this gem of an article and inspiring this deep dive.)

Despite being mostly ignored Stateside, the 1971 tournament was a huge draw in Mexico. Many in England point to that team as the real birth of the Three Lionesses, led by 13-year-old Leah Caleb. A remarkable 110,000 fans watched the final between host-nation Mexico and Denmark at the Azteca Stadium.

But almost every bit of media coverage of women’s soccer in the early 1970s was tainted with misogyny.

Some of the earliest photos of women’s soccer available on Getty Images after the lifting of the bans are riotously sexist. At the time, women’s soccer was nothing more than an opportunity for men to gawk at women.

The feature image for this story (shown again below so you don’t have to scroll back up) features English TV presenters Frank Bough and David Vine carrying a woman after a charity game. One of the presenters can be seen squeezing the woman’s leg way too high up the thigh. 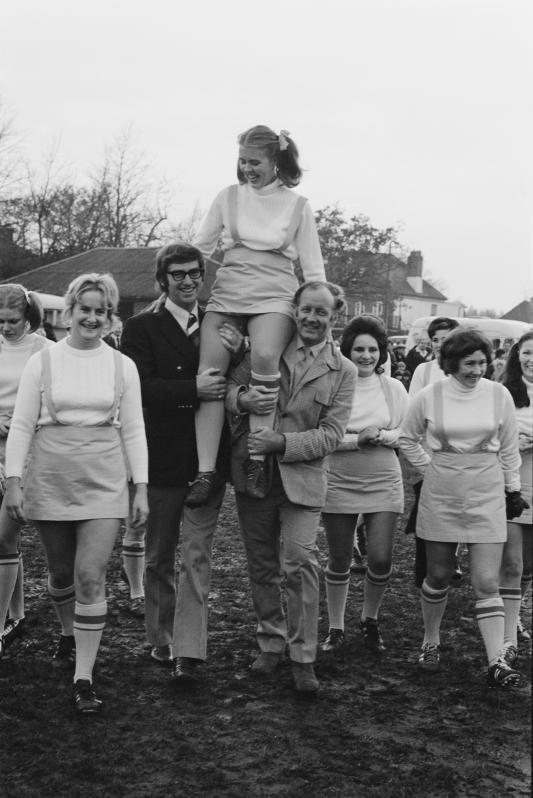 There was another women’s match put on for charity in 1971 in which all of the photos and publicity for the event focused on presenting the players as sex symbols. The match itself was billed as the “World’s Most Beautiful Football Charity Match,” and for some reason required the players to weigh themselves while mostly nude in public.

(Note: You may have to turn off your adblocker to view some of these images; if that doesn’t work, click on the text to see the image.)

As incredible as the uniforms were for the Robinson Rovers in this match, it’s impossible to see them as anything other than demeaning. (It appears the players were served punch and milk for the match, for some reason.)

Admittedly, none of this is all that different from putting women in lingerie and football pads to play American football in the U.S., which is shockingly still a thing. That doesn’t make the objectification any better.

Also in 1971, the only photos of a nascent women’s league in England involved a photographer invading a changing room like Donald Trump at a beauty pageant. The image is slightly NSFW, so we’ll just link it here.

Those are some of the more egregious examples, and, to be fair, we probably could find similar traces of bigotry in treatment of people of color during the same era. But the myriad instances of sexism in women’s soccer is staggering.

In a 1970 write-up on a friendly between Rheims and Roma women’s teams play in New York, the New York Times wrote “Women’s liberation took a long kick forward.” The story wrote about how the majority of fans “cheered at every silly little thing the girls did during the game.” Aww, look at the girls doing silly little things like play soccer.

A Reuters story in 1972 talking about the growth of women’s soccer focuses on silly clichés instead of the validity of the sport. The worries are about how the rules will have to change like using lighter balls, smaller fields and shorter matches or doing away with the phrase “ungentlemanly conduct” in lieu of something like “unladylike conduct.” The author laments the tradition of exchanging jerseys after matches will have to be abandoned.

None of these are actual concerns, merely men trying to dismiss women’s soccer as legitimate.

Searching the archives of Getty Images, the first photo of a woman in relation to soccer in the 1970s is a young woman being escorted out of a stadium by police as a fight broke out among fans at an Arsenal-Chelsea match. It’s as if the decade began with women being told they’re too delicate for soccer.

In 1970, the first attempt at a Women’s World Cup was staged in Italy. Not sanctioned by FIFA, crowds were in the 10,000s for some matches. The only action shot Getty Images has of the tournament shows two women on the turf injured, as if again to show the frailty of women.

The tournament was a start for women, with seven nations (Czechoslovakia was a late scratch) competing. Mexico was the only team from outside Europe and finished third, beating England in the third-place match.

Denmark won the initial tournament, represented by the club Boldklubben Femina, beating Italy in the final in front of an estimated 40,000 fans.

The rest of 1970 women’s soccer images on Getty featured Bayern Munich starting a women’s team, a women’s match in Germany and a photo with a cutline mocking the players for their reaction to a ball heading toward a defensive wall.

In 1971, Terry Clark became the first woman football referee in East Sussex, passing the FA’s exams. But the FA did not allow her to register as a referee, meaning she could only officiate women’s and youth matches. But at least she got a photo-op out of it.

Baerbel Wohlleben, the first German women’s football champion and first woman to win the award “goal of the month” in 1974, was asked by a reporter if she was worried about messing her hair up when she went for a header.

As the decade wore on, stories and images began to show women’s soccer for what it is: a competitive sport worthy of being covered, but it was slow progress.

In the 1980s, the Mundialito (“Little World Cup”) was held five times. In 1988, FIFA actually decided to host an international women’s soccer tournament, which led to the eventual introduction of the Women’s World Cup. However, it wasn’t until after the first Women’s World Cup in 1991 (then called the FIFA World Championship for Women’s Football for the M&Ms Cup) that FIFA bestowed upon women the right to call the tournament a World Cup. (The USWNT won the 1991 tourney and returned home to a greeting party of three due to lack of coverage.)

Finally, in 1995, women were given the validity they deserved after decades of being marginalized, with the playing of the Women’s World Cup under its official name in Sweden.

Of course, women still to this day face increased scrutiny in the football world. The USWNT was criticized for celebrating goals at the 2019 Women’s World Cup and for fighting for equal pay, star players are ignored by national and local media and people regularly use hate speech when talking about the best player in 2019.