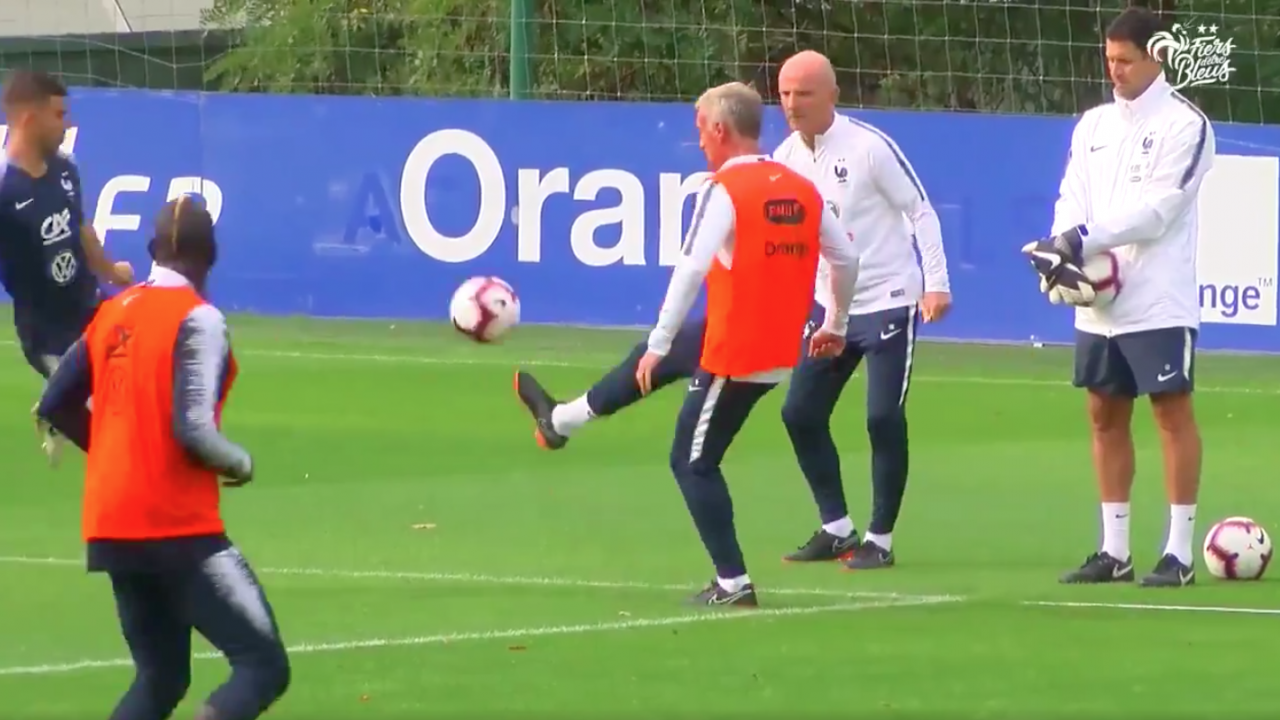 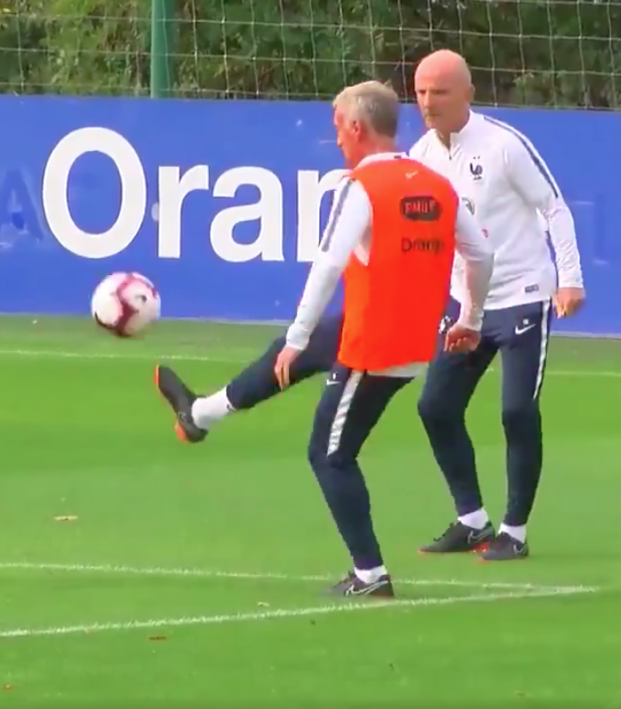 France Is So Good Right Now Even Its Manager Could Start For The U.S.

Didier Deschamps was a pretty good player in his days. He won a World Cup with France in 1998, won Champions League titles with both Marseille and Juventus and also appeared for Chelsea and Valencia in a lengthy, trophy laden career.

The former defensive midfielder has turned to coaching, having led Monaco, Juventus and Marseille before taking over the French national team in 2012. But the 49-year-old looks like he could still play — and might just be better than anyone currently on the USMNT.

Les Bleus, coming off a World Cup trophy over the summer, rallied for two late goals to draw 2-2 with Iceland in a heated friendly on Thursday, which nearly included a brawl. Now preparing for a UEFA Nations League match against Germany on Tuesday, Deschamps put on cleats and joined his team in training.

Deschamps showed why he was such a brilliant defensive midfielder, immediately dispossessing Time magazine cover boy Kylian Mbappé while dumping him to the ground. He could’ve done better to close down on attackers a couple times, but his distribution was excellent, including a clever flick over his defender’s head.

The U.S. could definitely use a player of his caliber. While the likes of Weston McKennie, Tyler Adams and Kellyn Acosta are the future of the USMNT midfield, there was a huge generational gap of midfield talent, which in part led to the U.S. failing to qualify for the World Cup that Deschamps won. There's a reason Michael Bradley has lasted as long as he has with the USMNT.

He may be 49, but Didier Deschamps probably wouldn’t have lost to Trinidad and Tobago.