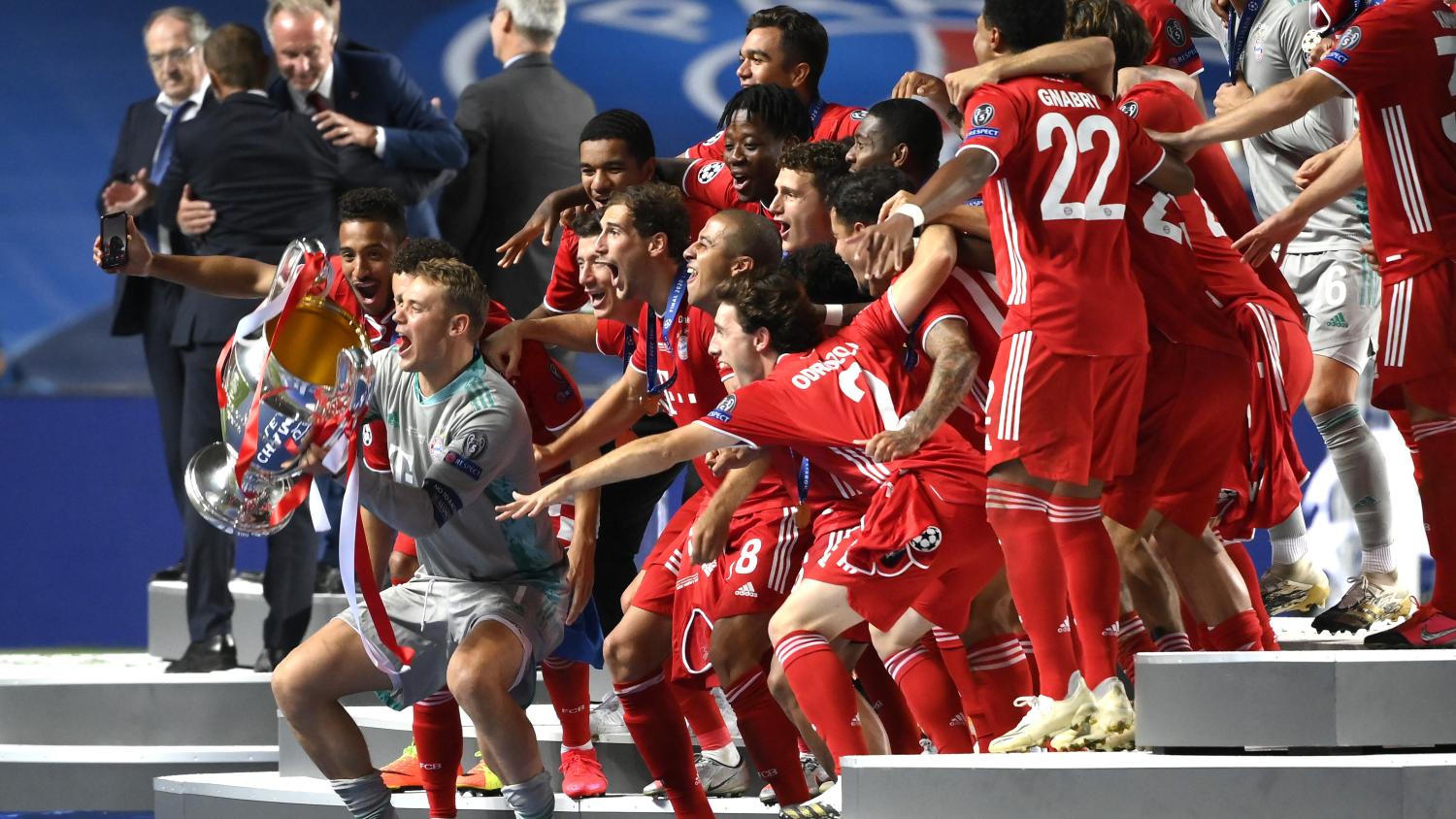 CBS, meanwhile, is being given The18’s coveted participation ribbon, seeing as it has yet to release any sort of data on its Champions League final TV ratings.

The past month has been a whirlwind of Champions League soccer, with a World Cup-style knockout tournament featuring single-elimination matches instead of the traditional two-legged affairs. The result has been some of the most thrilling UCL action we’ve seen in years, from PSG’s late comeback against Atalanta to Bayern Munich’s unrelenting decimation of Barcelona.

Stateside, this has meant big viewership numbers, at least for one half of the broadcasts.

CBS took over from Turner Sports as the English-language broadcaster during the pandemic-enforced hiatus. Despite the short turnaround to get the productions in order, CBS put together a stellar team and produced great broadcasts throughout the remainder of the tournament.

The only problem was: Hardly anyone could find the matches to watch. CBS put almost all of the matches behind a pay wall on CBS All Access, with only a couple games on actual cable TV. Even the final, the biggest soccer match of the year, was put on CBS Sports Network, an obscure cable network without large distribution.

The predictable result was Univision raking in huge, record ratings.

As the only over-the-air broadcaster of the Champions League in the U.S. this year, Univision racked up the following records in the U.S. for any language:

And to top it all off, Univision recorded the largest Spanish-language Champions League final TV ratings of all time, averaging 2.05 million viewers on Sunday. It was the fourth-most watched all time in the U.S. regardless of language. The match peaked at 2.63 million viewers and, vitally, brought in 1.13 million adults aged 18-49, a coveted demographic among advertisers.

The 2.05 million viewers were a 41-percent increase from 2019 for Univision, when 1.5 million also watched on TNT.

And CBS? Well, we’re still waiting for any sort of ratings from them for any of the Champions League. Traditional sports TV ratings trackers haven’t shown any data for Champions League coverage (English or Spanish) and the network hasn’t made any announcements of its own, which is telling in its own right.

This is a shame because the quality of the broadcasts was some of the best we’ve seen in the U.S. in years in English, a far cry from the Americanization of the event attempted by FOX and the dumbing down of TNT. CBS brought in great analysts and hosts and those who could afford CBS All Access were provided with coverage on par with what we see from the Premier League on NBC.

Though we have no ratings from CBS thus far, we can determine whether CBS made the right move to hide the Champions League on its Sports Network and All Access.

Instead of showing the Champions League final on CBS, the network broadcast the Northern Trust golf tournament. The PGA event drew 2.28 million viewers on Sunday. This was below average for CBS golf broadcasts in 2020 (2.495 million), which were up 17 percent from 2019 (Sunday’s event was won by 11 strokes, yawn). While this number was indeed strong, it drew 304,000 (a mere 13 percent) in the 18-49 demo we talked about before, about a quarter of what Univision drew. (The LAFC-LA Galaxy match on Saturday, which drew 376,000 viewers, included 35 percent from ages 18-49, showing the significant reach of soccer in that demographic regardless of event.)

So while the 2.28 million viewers is higher than what Univision pulled in, it was far less successful in the most important demographic to advertisers. And we’re confident when we add the unreleased CBS Sports Network and CBS All Access data, the Champions League final TV ratings will far surpass the PGA ratings. You can’t say CBS made the wrong decision to show golf given the total ratings and short turnaround to obtain advertisers, but you can definitely see the upside, one you hope CBS will recognize when it broadcasts the 2020-21 Champions League.

Sunday’s coverage of the Champions League can be summed up by the texts The18’s Connor Fleming received from his younger brother, a typical World Cup/Champions League-final viewing American.

“Why is cbssports even a thing”
“The only way I can watch this on univision Spanish broadcast”
“it’s ridiculous”
“they showing the Northern Gold trust tournament instead”
“what is that”
“GooOOoooooOooooOOllllll!!!!!”
“nothing is more electric than Univision announcing goals”
“makes it worth not understanding a word”
“that was a thriller”

My brother, meanwhile, ignored all Champions League in August until the final in a boycott of CBS All Access. Until CBS starts making the Champions League more accessible to the average fan, Univision is going to continue to kick its ass in U.S. TV ratings.

Final results are in for your favorite soccer TV broadcaster. Interesting findings:

NBC received more votes than 3 biggest competitors combined. CBS, in its 1st year of soccer coverage, received almost as many votes as ESPN who has been broadcasting soccer for 25+ continuous yrs pic.twitter.com/0j4yoGlEiN