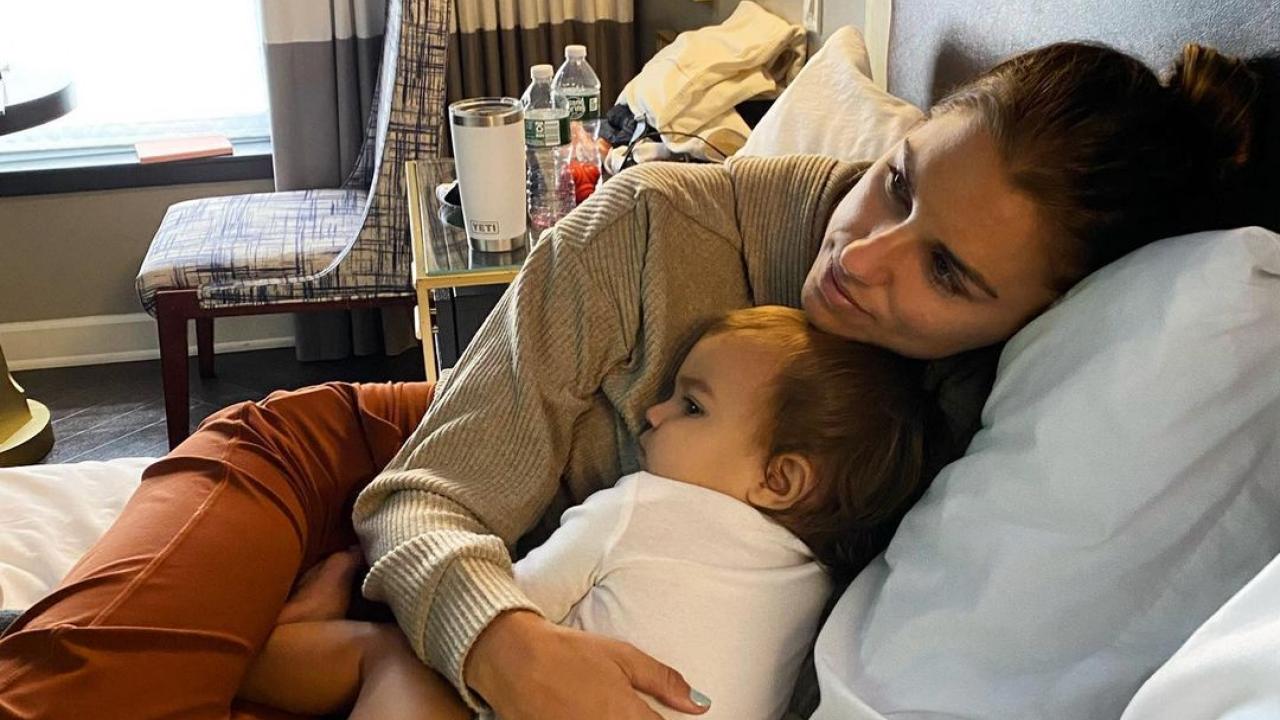 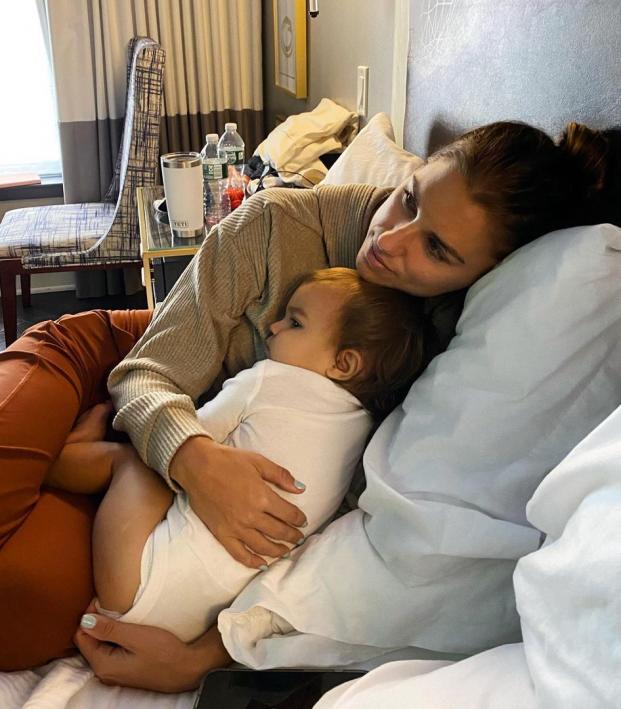 Alex Morgan Makes Heart-Wrenching Goodbye Post To Her Baby, Vows To ‘Make It Worth It’

Alex Morgan will have a little extra motivation to win gold at this summer’s Tokyo Olympics. After publicly questioning the IOC over whether she would be allowed to bring her young child with her to the Games, the USWNT superstar posted a gut-wrenching farewell to young Charlie Elena Carrasco, vowing to make their absence “worth it.”

Morgan made the trip to Japan with her USWNT teammates this week, leaving behind her 14-month-old baby to go for her second Olympic gold medal. On Thursday, Morgan said goodbye to her child on Instagram.

I can’t imagine how hard it would be to leave behind a young child for a tournament that will last nearly a month. I struggle leaving my 11-year-old cat for more than a day.

Alas, this is what has to happen in the minds of the International Olympic Committee, which runs the Olympics. The Olympic village is on lockdown more than ever before because of the Covid-19 pandemic, with the IOC only allowing nursing mothers to bring their children along.

A week before the USWNT left for Japan, Morgan was still trying to figure out what qualified as a “nursing mother,” so she will not have been happy about having to leave Charlie behind.

Still not sure what "when necessary" even means. Is that determined by the mother or the IOC? We are Olympic mothers telling you, it is NECESSARY. I have not been contacted about being able to bring my daughter with me to Japan and we leave in 7 days. #Tokyo2020 #USWNT #TeamUSA https://t.co/cNGMt8w0Ss

Fans will be banned from most Olympic events after Tokyo declared a state of emergency on Thursday. You can’t really blame Japan for taking the health and safety of its citizens seriously (a real contrast to the U.S.), but it doesn’t make it any easier for parents to leave their children to participate in a major sporting event.

Alex Morgan gave birth to Charlie Elena Carrasco exactly 14 months before the team left the States to fly to Japan on Wednesday. The first child of Morgan and her husband, former player Servando Carrasco, Charlie has been by Morgan’s side throughout her return from pregnancy, including a trip to London as Morgan played for Tottenham last fall.

Back with the Orlando Pride, Morgan was one of a multitude of moms, including Sydney Leroux, Ali Krieger and Ashlyn Harris.

U.S. fans will hope Morgan uses this time away from her child as added inspiration to lead the USWNT to gold. The U.S. failed to medal for the first time at the 2016 Olympics and will open group play against the team that knocked it out of the last Games, Sweden. (And Americans won’t have a men’s team to root for.)

Of course, Morgan won’t be the only mom competing in Tokyo this summer. For more on the badass mothers who’ll be representing the U.S. at Tokyo 2020, click here.