Dog Who Pooped On Pitch Reunited With Owner After Going Viral 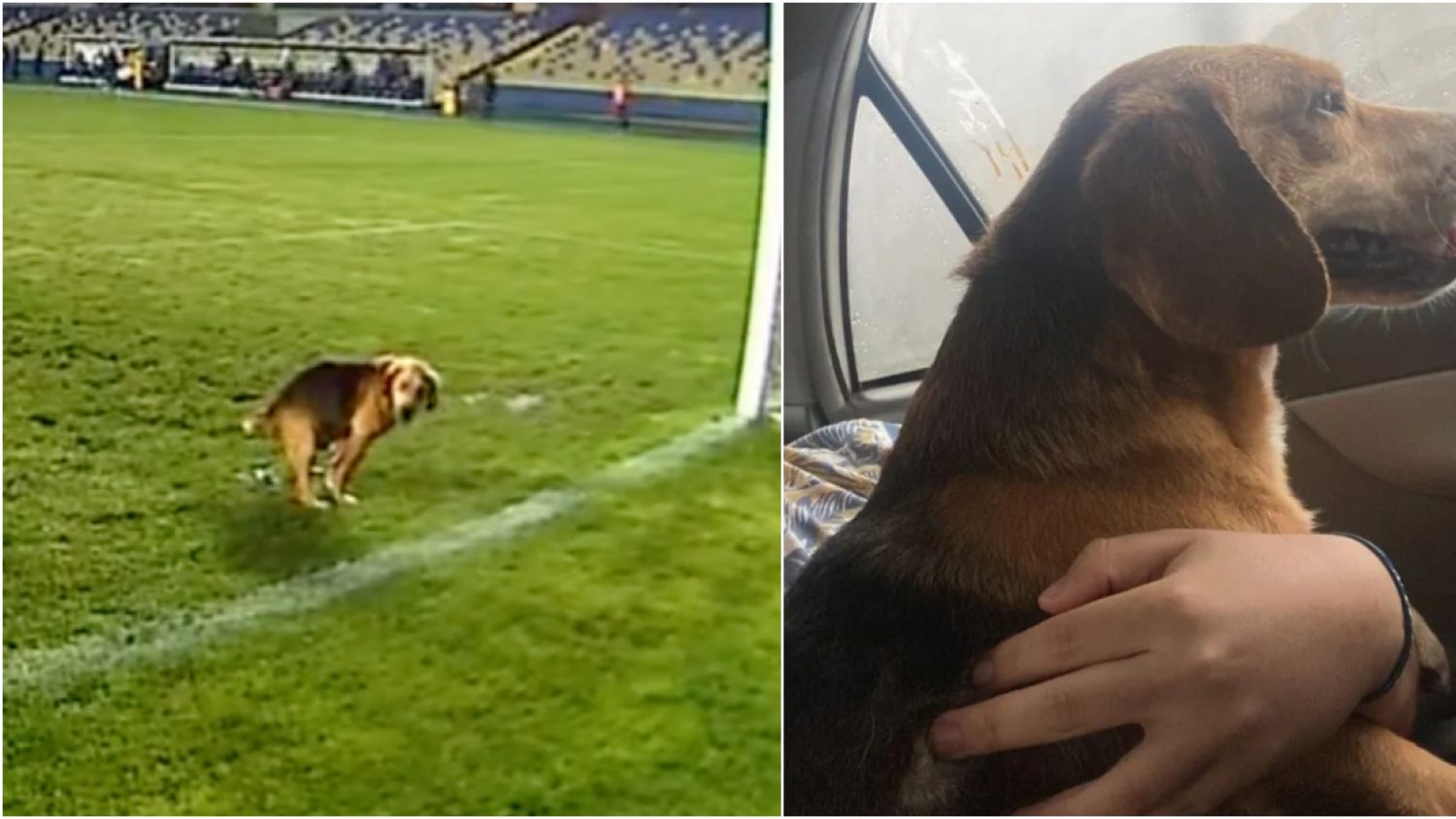 The owner knew it was his dog because the pup also poops wherever he pleases at home.
Twitter

A good boy doing a bad deed had a good ending after a bad day.

A pooch who pooped on the pitch during a Chilean Primera B match was recently reunited with his owner, who saw the viral moment and recognized his beagle who had recently gone missing.

Saturday’s match between Universidad de Concepción and Fernández Vial was interrupted in the 20th minute by a misplaced mutt who found his way onto the field at Ester Roa Rebolledo Stadium. The dog, later identified as Toby, ran all around the pitch, showing off his breakaway speed as none of the players could corral him.

At one point, Toby relieved himself on a nice patch of grass that just happened to be located a foot from the goal line.

Concepción keeper Manuel Garcia needed a baggie to pick up the poo and place it in a less conspicuous area.

It didn’t take long for Toby’s owner, Matías Gayozo, to see the story. He said he instantly recognized Toby, telling Sabes he knew it was his dog because the pup likes to run and leave little gifts everywhere.

Gayozo was reunited with Toby on Sunday, giving the story a happy ending.

“We were very happy to find him and bring him back to Villa Montahue,” Gayozo said. “He is already at home, warm, without going through all the cold that we imagine happened in the street.”

Here at The18 we love animals and write about them often when they invade the pitch. Just last week, we wrote about a dog who took a cat nap in Paraguay. In the past we’ve covered police dogs invading pitches and another dumping dog in the Europa Conference League. We even cover football’s feline invaders, including those who are a bit too eager to get involved in the buildup.

It’s rare we get to report happy endings like this — though not unheard of — so we’re always pleased to know that while all dogs go to heaven, some end up in loving homes, too.

Oh, and Concepción won the match 3-2.