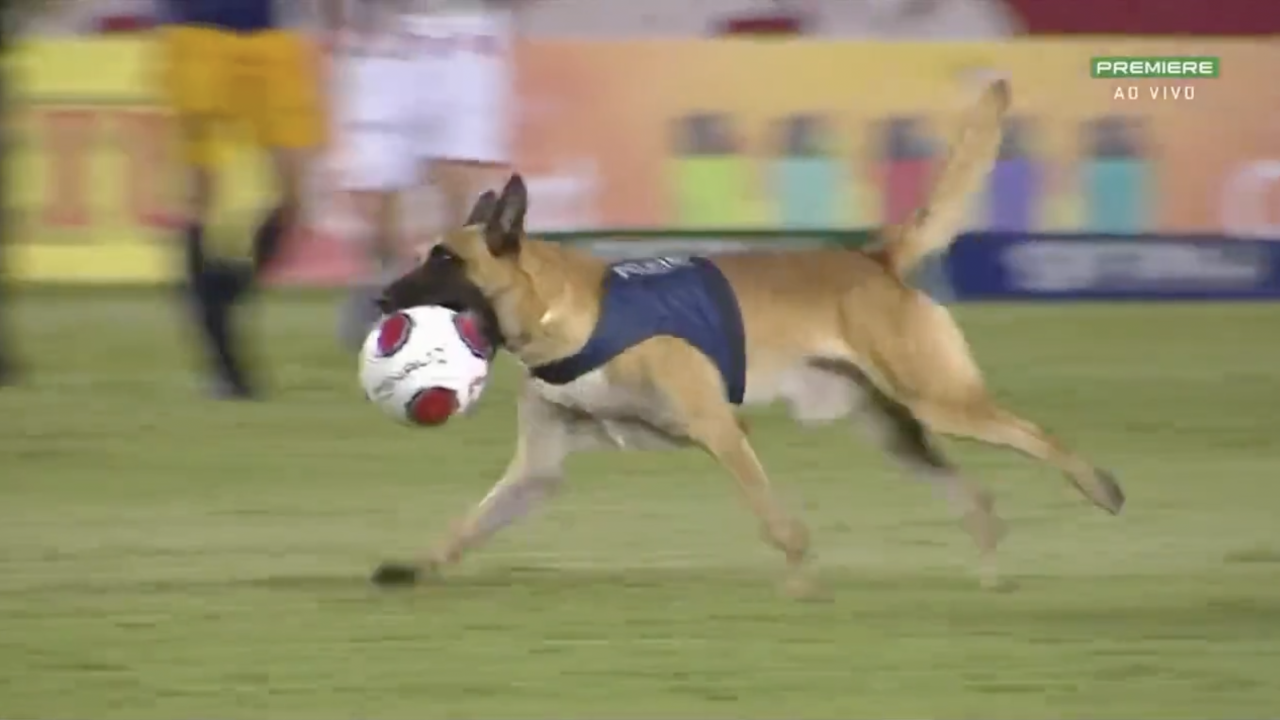 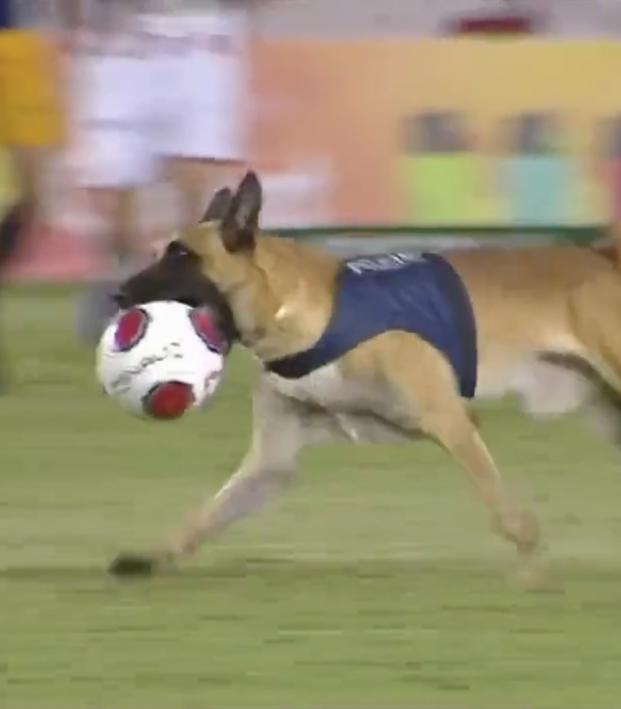 Retrô defeated Náutico 1-0 in the first leg of the Campeonato Pernambuco final on Thursday night. I won’t be showing you the goal from Guilherme Mendes da Silva in the 69th minute. Instead, I’ll be showing you a police dog invading the soccer pitch, because that’s the type of content we know you really care about.

With about seven minutes to go before the final whistle, play was interrupted by a police dog who decided to take things into his own hands, paws, mouth, whatever. The good boy, probably upset the home side was losing, made a lung-busting run from one end of the pitch to the other and back. Eventually he took possession of the ball, all while evading the police trying to put his leash back on for about 90 seconds. All in all, 10/10 run.

I can’t remember the last time I smiled so much at a cop.

The second leg of the Campeonato Pernambuco final will be played on Saturday, April 30.