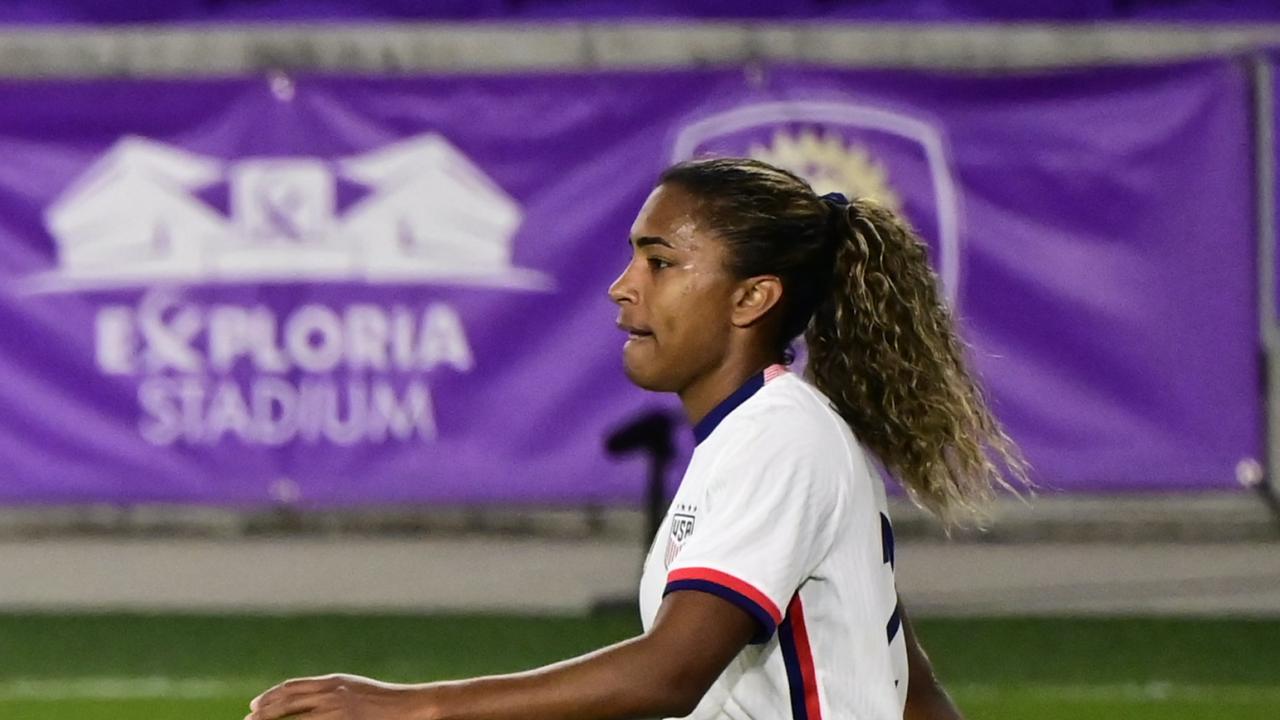 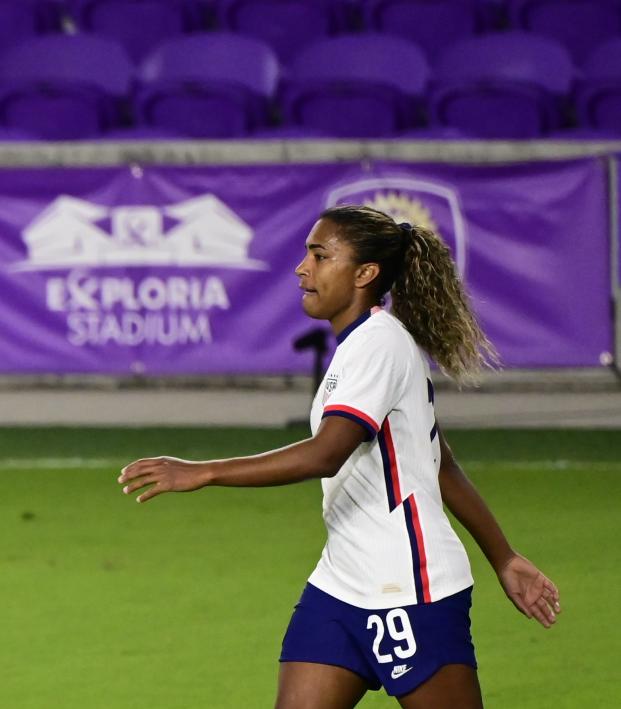 Cat’s Out Of The Bag: Macario Announces Arrival With Impressive First Start Against Colombia

Travis Yoesting January 22, 2021
The 21-year-old starred in Friday’s friendly from the opening whistle.

Within 13 seconds of her first international start she was setting up a teammate with a great chance. Inside three minutes she had her first goal. Catarina Macario has arrived.

Macario, who became a U.S. citizen last fall and just a few weeks ago was given FIFA approval to become eligible for the USWNT, started her first career international match on Friday. Just 21, the Stanford product was a dominant force, showing why she’s the most-hyped women’s footballer in years and looking right at home on the best team in the world.

Macario scored 2:33 into the match as the U.S. cruised to a 6-0 win over Colombia on Friday, completing a friendly sweep after a 4-0 win over the same team on Monday. Megan Rapinoe added a pair of goals, her first two-goal showing for the U.S. since the win over France in the 2019 Women’s World Cup quarterfinals. Lynn Williams, Lindsey Horan and Midge Purce were also on the scoresheet.

Macario, who recently decided to skip both her senior season at Stanford and the NWSL draft to sign with Lyon, played the second half of Monday’s friendly on the left wing, having replaced Rapinoe. On Friday, Vlatko Andonovski handed her the start at the center forward position. Playing a role similar to what Carli Lloyd played on Monday, Macario had plenty of freedom in attack and was a menace to Colombia’s defense all night.

Within 13 seconds of the opening kickoff, Macario set up Rose Lavelle for a good look at goal. Moments later, she was dancing around with the ball in the box following a corner but finding no path forward.

She finally scored 2:33 into the game, when Ali Krieger whipped in a cross that Macario smashed into the roof of the net.

3 minutes into her 2nd cap and in her 1st career start, @catarinamacario scores her 1st goal. pic.twitter.com/2pBvdrT0WD

Macario wasn’t done. She hit the post in the 22nd minute with a low, 20-yard drive and stung the palms of the keeper with another long, low strike in the 30th minute.

She then started the play that ended in Rapinoe’s first goal in the 35th minute, controlling a throw-in and laying it off to Lavelle, whose cross eventually found Rapinoe, who squeezed a deflected shot just inside the near post.

All in a week's work

Of course, the USWNT still has plenty of other stars on the pitch.

Not long before halftime, the U.S. was awarded a penalty when Sam Mewis was pulled down in the box. Rapinoe coolly slotted it home to make it 3-0 at the break.

Mewis then set up the fourth, lobbing a back-post cross for Williams to head home just before the hour mark.

Macario was subbed out soon after the fourth goal, her last contribution a header that whizzed just wide. She was replaced by the 38-year-old Lloyd, who made her 296th appearance but might struggle to find more playing time moving forward with the younger Macario offering similar abilities but much greater future potential.

Crystal Dunn, given a rare opportunity to play an attacking position for the USWNT after replacing Rapinoe in the 63rd minute, grabbed an assist in the 73rd minute with a superb corner kick that begged Lindsey Horan to sweep home.

Always there when you call. Always on time @LindseyHoran with her 20th goal finishing off the corner from @Cdunn19! pic.twitter.com/SmPwbCTwjW

Midge Purce finished the scoring by stealing a goal from Lloyd. Horan chipped in a delightful pass to Lloyd (who was actually offside but wasn’t caught) and after Colombia keeper Sandra Sepúlveda couldn’t clear the ball, Lloyd circled back and took aim at goal. Her shot couldn’t make it through a mass of bodies, but Purce was there to head home her first international goal.

I mean, if this doesn't just spark joy ✨

What a ball by @CarliLloyd, what a run by @100Purcent pic.twitter.com/YKte2tv0kH

There’s no doubt in my mind that Lloyd was going for goal and it was an unfortunate way to end the two-match series for Sepúlveda, who was easily Colombia’s best player over the 180 minutes, ensuring Las Cafeteras weren’t beaten by even more. Lloyd did finally score but it was called back for offside in the final seconds of stoppage time.

Defensively, the USWNT was rarely troubled, with Alana Cook solid in her second career start and cap. It makes sense she looked comfortable considering she played center back alongside Tierna Davidson, with whom she won an NCAA title at Stanford.

The USWNT will next take the field for the SheBelieves Cup from Feb. 18-24. The U.S. will play Canada, Brazil and Japan, all back at Exploria Stadium in Orlando, Florida, the site of these two Colombia friendlies.

FINAL | And that's a wrap, Orlando!

(though we'll see you back here in a few weeks ) pic.twitter.com/WsiwQKFUCA