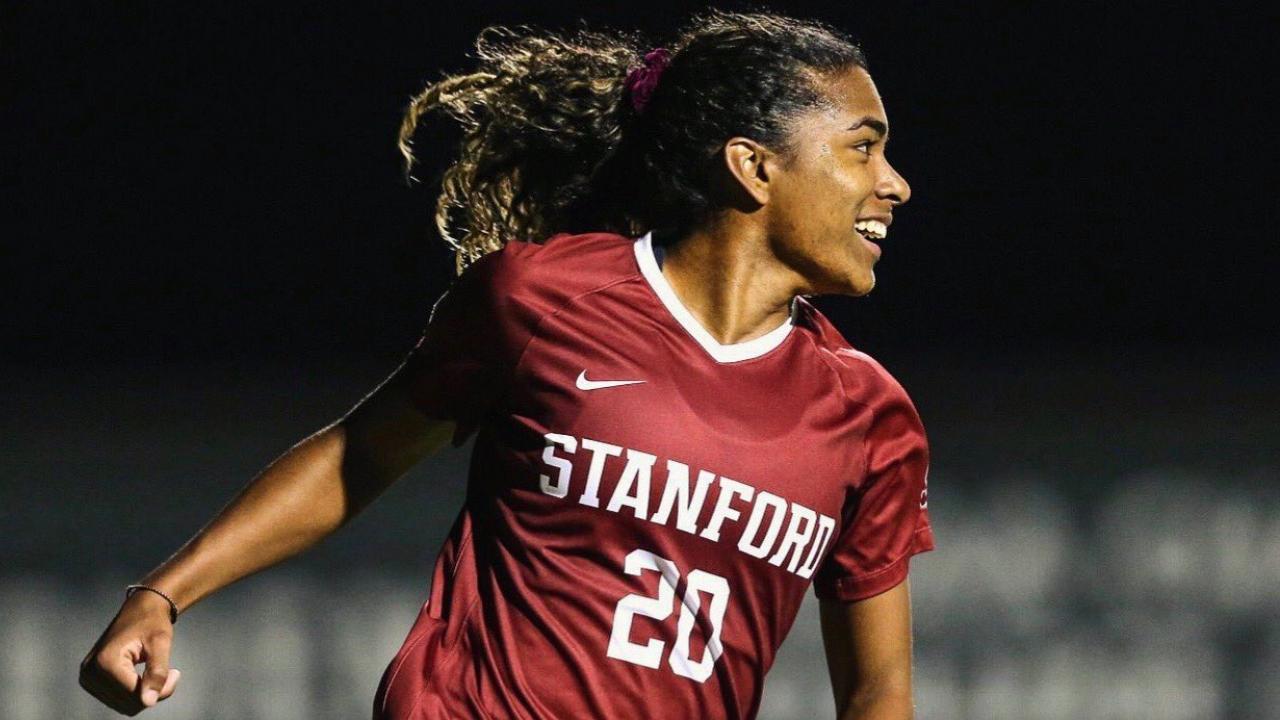 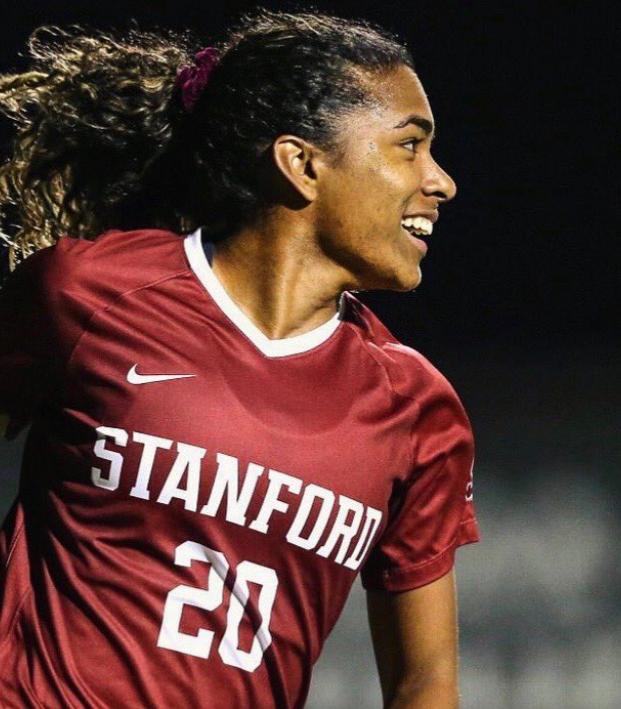 Catarina Macario is forgoing her senior year at Stanford to go pro. That sound you hear is Racing Louisville fans celebrating — but they need not get too excited just yet.

From the bottom of my heart, thank you, Stanford! pic.twitter.com/4gmOu0OPF2

clubs running to get catarina macariopic.twitter.com/Y3GxagHO2H

The NWSL draft is less than a week away and expansion club Racing Louisville owns the first pick. Macario is a generational talent born in Brazil who became a U.S. citizen last year.

But don’t pencil the two-time Hermann Trophy winner in as a Racing player just yet.

“After much prayer and conversations with my family and loved ones, I am making the difficult decision to forego my senior season and take the next step in my soccer career by turning professional,” Macario wrote. (We’ll let the wrong usage of “forgo” slide despite the fact Macario did indeed already graduate from Stanford.)

Note that Macario didn’t mention the NWSL in her declaration to turn pro. Reports have suggested Macario will be heading to Europe, possibly in France with Lyon.

Wait, you mean she can sign for club & coach she wants and be paid more money? Not so much that it would be a loss for the NWSL (would be), it’s a wake up call. End the draft, teams controlling players rights & pay the women what they deserve if you want to be league of choice. https://t.co/2foONX7fWS

To be clear, Macario is a massive player in women’s soccer.

Denied an opportunity to represent the USWNT just yet because of FIFA eligibility issues having moved from Brazil (those should be sorted out soon), Macario has dominated women’s college soccer the last three years, racking up 63 goals and 47 assists in 68 games. She (with a loaded Stanford team that included the first pick of the 2020 NWSL draft Sophia Smith) won two NCAA titles. The 21-year-old received her first USWNT call-up to train with Vlatko Andonovski last fall, though she wasn’t eligible to play in the friendly against the Netherlands. She’s also been included in the USWNT's January training camp.

“This was not an easy decision by any means because, even after having fulfilled my graduation requirements, I wanted to compete for another championship with my teammates and represent Stanford as a senior,” Macario wrote. “This program means the world to me; I would not be the person nor player I am today without it and I will be forever grateful for the coaches, teammates, fans, medical, equipment & media staff for making my time on The Farm so unforgettable.”

Regardless of Macario’s announcement on Friday, she was likely to be a top pick in the NWSL draft on Wednesday. The NWSL changed the rules to basically make every senior eligible for the draft, giving players a week after the draft to decide whether they join the NWSL team before or after the spring semester. (Many conferences like the Pac-12 will play in the spring after postponing their normal fall seasons, with the NCAA tournament now slated for April-May.)

The question remains whether Macario will sign with the NWSL club that picks her or go play abroad. Given the propensity of Americans heading overseas recently — from Tobin Heath and Christen Press to Rose Lavelle and Sam Mewis — don’t be surprised to see Macario follow suit. The NWSL is not in a position of strength right now given how poorly the U.S. has handled the pandemic and how slowly the Trump administration has rolled out vaccinations. Foreign clubs can offer much higher salaries and are steadily catching up to the NWSL in quality and depth.

Either way, Macario’s announcement on Friday means that one of the best soccer players in the world is now essentially a free agent.