Travis Yoesting May 27, 2021
Barring further unforeseen catastrophes, this is when the USWNT will be in action in 2021.

As much as people love to hate on 2020 for being a crappy year, the sad truth is that as the calendar turns to 2021, our problems won’t magically go away. It’ll be many months — years even — until the Covid-19 vaccine can be fully administered to the global population. Most of the world’s governments are still doing everything in their power to ignore climate change. And let’s not forget police officers are still shooting unarmed Black men with near impunity. But one thing the change in year will bring about is more games on the 2021 USWNT schedule.

Because of the ongoing Covid-19 pandemic, the USWNT played nine matches in 2020 (winning them all). While that’s five more than the USMNT played, it was a fraction of the 24 the women played in 2019.

The USWNT missed out on one of its major tournaments in 2020: the Olympics. While mostly a U-23 competition on the men’s side, for the women the Olympics are up there right behind the Women’s World Cup in importance. (This despite the fact the Olympics allows fewer women’s teams than men’s teams and labels the groups E-G while giving the men’s tournament groups alphabetical preference (A-D).) 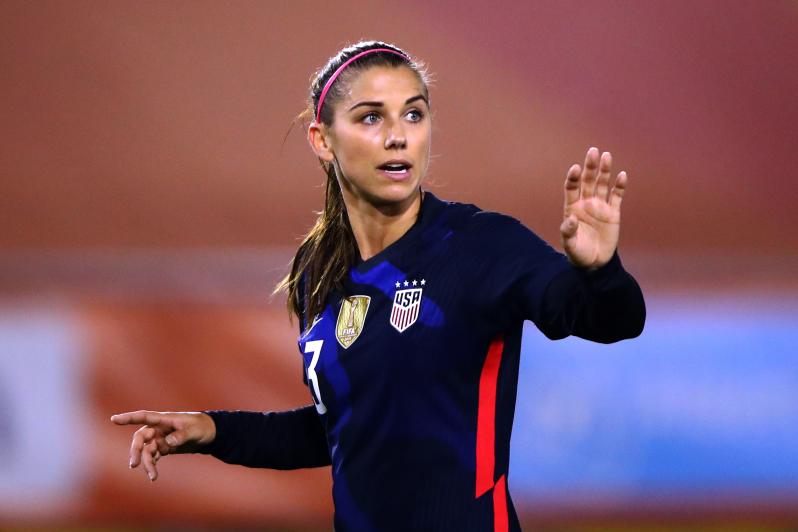 With Covid-19 still ravaging the planet, FIFA decided in December to canceled just about every youth competition in 2021. The 2020 U-20 Women’s World Cup to be hosted by Costa Rica and Panama was initially moved to 2021 then canceled outright. The 2021 U-17 Women’s World Cup was pushed back to 2022. We won’t be seeing the USWNT youth teams compete for championships in 2021.

We got our first chance to see the USWNT with a pair of friendly wins over Colombia to cap off the January camp. Those matches set the stage for the 2021 SheBelieves Cup, in which the USWNT won all three matches against Canada, Brazil and Japan from Feb. 18-24. Those matches were followed by friendlies against Sweden (1-1 draw) and France (2-0 win).

The USWNT will host three other teams in a summer series from June 10-16 in Texas before a pair of friendlies in late June/early July to prepare for the Olympics. Portugal (June 10), Jamaica (June 13) and Nigeria (June 16) will all place the U.S. in Houston and Austin.

Kicking off the summer in Texas!

The #USWNT is headed to Houston and Austin for the WNT Summer Series presented by @ATT featuring Portugal, Jamaica and Nigeria!

The USWNT will ramp up for the Olympics with a pair of friendlies against Mexico in Connecticut on July 1 and July 5.

In the Olympics, the USWNT was drawn into a group with Sweden, New Zealand and Australia, with quarterfinal, semifinal and final matches to follow, should the U.S. advance.

Past that, the FIFA international calendar has six windows for the women’s game in 2021 (one more than the men). The dates are as follows:

Beyond the Olympics, we don’t yet know all the dates and times for when and where the USWNT will be playing, but we can be pretty confident there will be matches within those dates — assuming there isn’t another unforeseen catastrophe in 2021. Two friendlies that are already scheduled will be in November in Australia against the Matildas.

We’ll be sure to let you, our dear readers, know as soon as more matches are put in the 2021 USWNT schedule. Until then, you can check out the 2021 USMNT schedule, which will be a big one for Gregg Berhalter and the men.