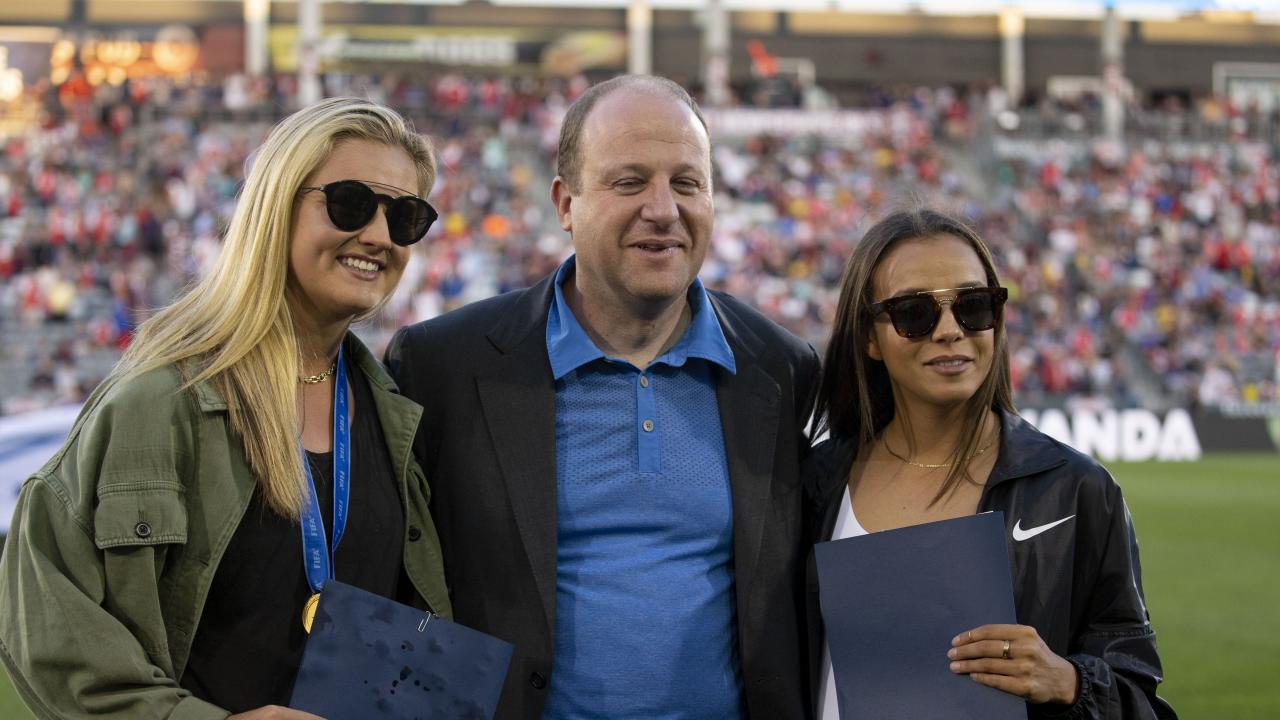 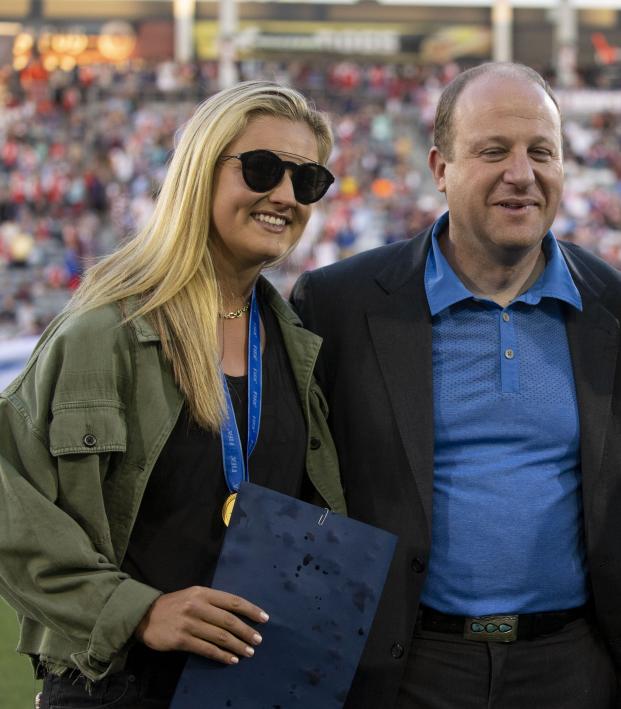 Lindsey Horan: Rapinoe A Role Model For How To Lead Away From Pitch

Before, during and after the USWNT’s run to its fourth Women’s World Cup title this summer, the American players have been outspoken about their social activism.

The undeniable leader of those efforts has been Megan Rapinoe, who has drawn considerable ire (but equal parts praise) from many across the globe for speaking up.

Rapinoe appears to be inspiring the next generation of USWNT leaders, her younger U.S. teammates.

Speaking before Arsenal played a friendly against the Colorado Rapids on Monday evening in Colorado, Horan said veterans like Rapinoe have been a role model for how to present the USWNT off the field.

“A lot of our older and more veteran players have taken on that role where they are leading us in this movement,” Horan said. “We’ve kind of been in the backseat a little bit but now being involved in the World Cup and being a part of this, we’re just as equal as them and we need to take on those roles going forward.

“I think it’s cool that we have those role models to look up to — someone like Pinoe who is incredible since being home from the World Cup. I think she’s said so many things that have spoken a lot to our country and for women in general.” 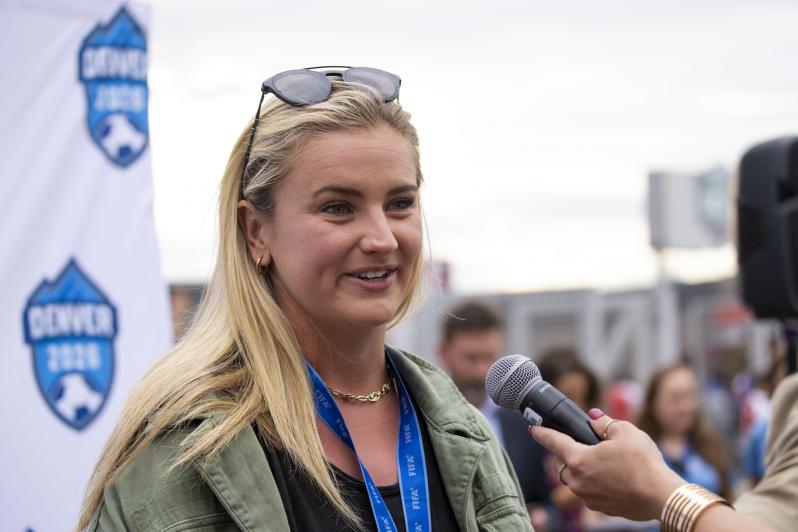 The USWNT began 2019 by filing a gender discrimination lawsuit against the U.S. Soccer Federation, another battle in the ongoing war to win equal pay for the USWNT. The team has long been a proponent of equal rights in all areas, from gender equity to LGBTQ+ rights, and Rapinoe has been at the forefront of those efforts in recent years.

With the heighted platform of the Women’s World Cup, these issues became surprisingly divisive in the United States over the last months, with Donald Trump even becoming involved. After the tournament, Rapinoe called for love and not hate, and Horan, the 2018 NWSL MVP, has recognized Rapinoe’s effective leadership in trying to make the world a better place.

“What we’re doing outside of the game as well, what we’re fighting for for women and equal pay and everything I think it is such an incredible movement to be a part of,” Horan said. “The world is watching, and everyone knows and I think so many people are standing up for it and coming in and joining us. I think our team is more than just a soccer team right now and it’s so incredible to be a part of it.”

Tonight was pretty special. Thank you CO. I love my home pic.twitter.com/EcUAqUvDbm

Lindsey Horan was with USWNT teammate Mallory Pugh at Dick’s Sporting Goods Park in Commerce City, Colorado, (just outside Denver but seemingly a world away) to be honored by Colorado Gov. Jared Polis and the entire Centennial State at halftime of the friendly between Arsenal and the Colorado Rapids. 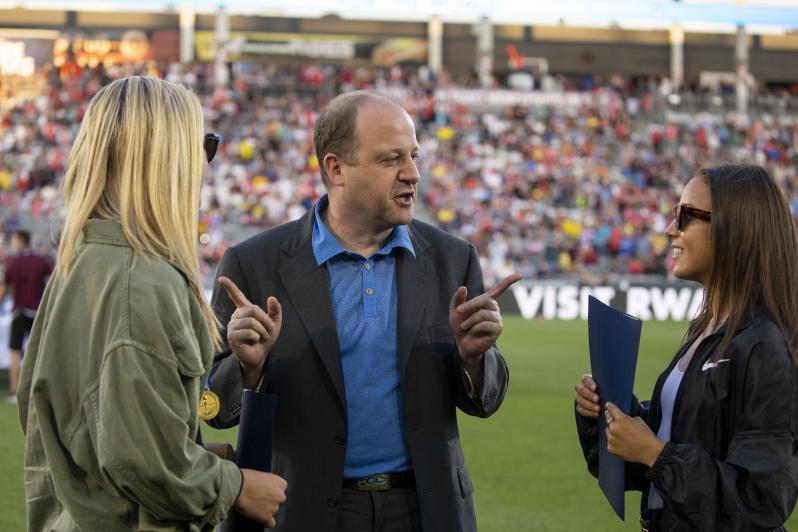 Polis, the first openly gay governor elected in the U.S., clearly sided with the USWNT on social issues. Polis declared July 15 U.S. Women’s National Soccer Team Day in Colorado and then read the proclamation. He improvised a bit from the version that was posted online, adding: “And whereas the state of Colorado is proud to stand alongside the United States women’s national team in their rallying efforts to ensure equal pay for equal work.”

Chants of “USA! USA! USA!” rang out for the USWNT players from the stadium that was about 90 percent full of Arsenal fans. The support wasn’t always so strong for the Americans in France, as media and social media had plenty of criticism for the team throughout the Women’s World Cup. The USWNT was condemned for scoring too much against Thailand, celebrating too hard or just being outspoken about social issues instead of just shutting up and dribbling.

Pugh, for one, didn’t hear any of it.

“Well, that’s why I didn’t have social media or media,” Pugh said about the criticism for goal celebrations. “We definitely did hear about it, but I was just thankful that I was able to be there and experience something like that.

“No team has ever set that record and it’s the World Cup. You work your whole life for it, so I think we’re going to celebrate and we’re going to enjoy the moment and there’s obviously emotions that come out. It was definitely a fun time for us.”

The celebration in Colorado was one of the last stops for Pugh and Horan before returning to their respective NWSL clubs. Horan said she’s been a little sleep deprived during the whirlwind post-tournament tour, which included a ticker-tape parade in New York City on the same day as winning an ESPY for Best Team in LA.

Other notable comments from Mal Pugh and Lindsey Horan:

On the best part of the post-World Cup tour:
Pugh: “I personally found the parade to be the best. I honestly wasn’t expecting anything like that. We were in New York and there were millions and millions of people screaming at us. It was just cool to see the impact we had on so many fans, and so many different people. That’s what was the coolest part for me, and again to share it with our team and the parade was just so much fun.
Horan: “Probably the parade and New York. I’ve never been a part of something like that and being on the float at that time in the morning and over a million people there watching you just coming to support you, absolutely insane.”

On lifting the trophy:
Horan: “Super emotional I think for everyone. Each player had a different journey getting there. I think that’s what makes it so sweet is everyone went through some kind of struggle and hardship in this four-year cycle and journey to this World Cup and to be able to lift that together knowing everyone’s path to get there, it’s just so sweet and very emotional. I don’t know how many people were crying; I cried like five times on the field and keep crying. It’s emotional.”
Pugh: “It’s definitely heavy. You don’t expect it to be so heavy. After we won, it took me a while to realize what happened. There was a lot of emotions that went on — crying, you’d be happy then you’d start crying again because that’s your dream and you worked so hard for it. To kiss that trophy, it was so special.”

On impact the team had back in the States:
Pugh: “That’s why coming back to America and seeing the impact that we had and why the parade was so special for me just to see the impact that we had during that time. I think that’s just the beginning of it. I think we’re going to keep having an impact and hopefully positively impacting not only little girls but people all around the world.”
Horan: “It’s hard because obviously we had to focus on our playing. But to see certain things and hear certain things from friends and family and fans, it’s so cool to be a part of that and be such a huge movement, but at the time it’s kind of like you’re focusing on each game and the World Cup and that was your goal. So now winning this thing and coming back you see everything we did and this movement that happened, it wasn’t just winning a World Cup, it was so much more. That’s incredible.”

Pugh on the most surprising part of the Women’s World Cup:
“It was very taxing on your body. I didn’t expect that, and I know I’m young and it shouldn’t have, but it was a lot. We had a game and then travel and just the schedule. And we had the hardest schedule, so that was definitely a big surprise for me.”

Pugh on the next step for the USWNT:
“It’s going to take the younger girls to step up but I know they’re wholly capable of it but we’ve learned a lot and we’re going to continue to learn from the veterans and hopefully to inspire people and focus on the Olympics for next year.”

As for the Arsenal-Rapids friendly, what we’re calling the Kroenklassiker, Unai Emery opted for a young lineup with an International Champions Cup match against Bayern Munich two days later.

The Gunners’ starting lineup had an average jersey number of 42.5, but youngsters Bukayo Saka, James Olayinka and Gabriel Martinelli netted in an easy 3-0 win, while Mesut Ozil, Alexandre Lacazette and Pierre-Emerick Aubameyang all got a 15-minute trot-out to appease the fans late in the match. 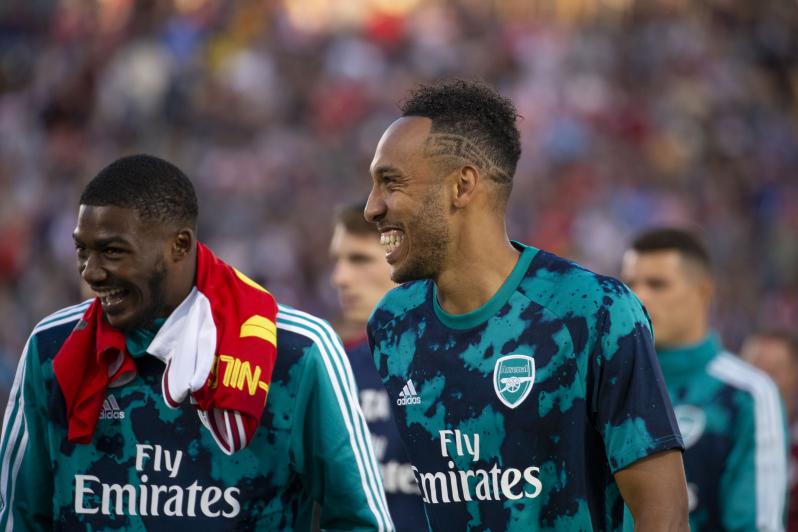 Ainsley Maitland-Niles and Pierre-Emerick Aubameyang laugh about how long their names are and how easily Arsenal beat the Colorado Rapids on Monday in Commerce City, Colorado. Photo: Mariel McCown | The18

For those who want more from Mal Pugh and Lindsey Horan, both will be back in NWSL action this weekend.