Real Madrid Working On Deal For Its First Ever American Signing 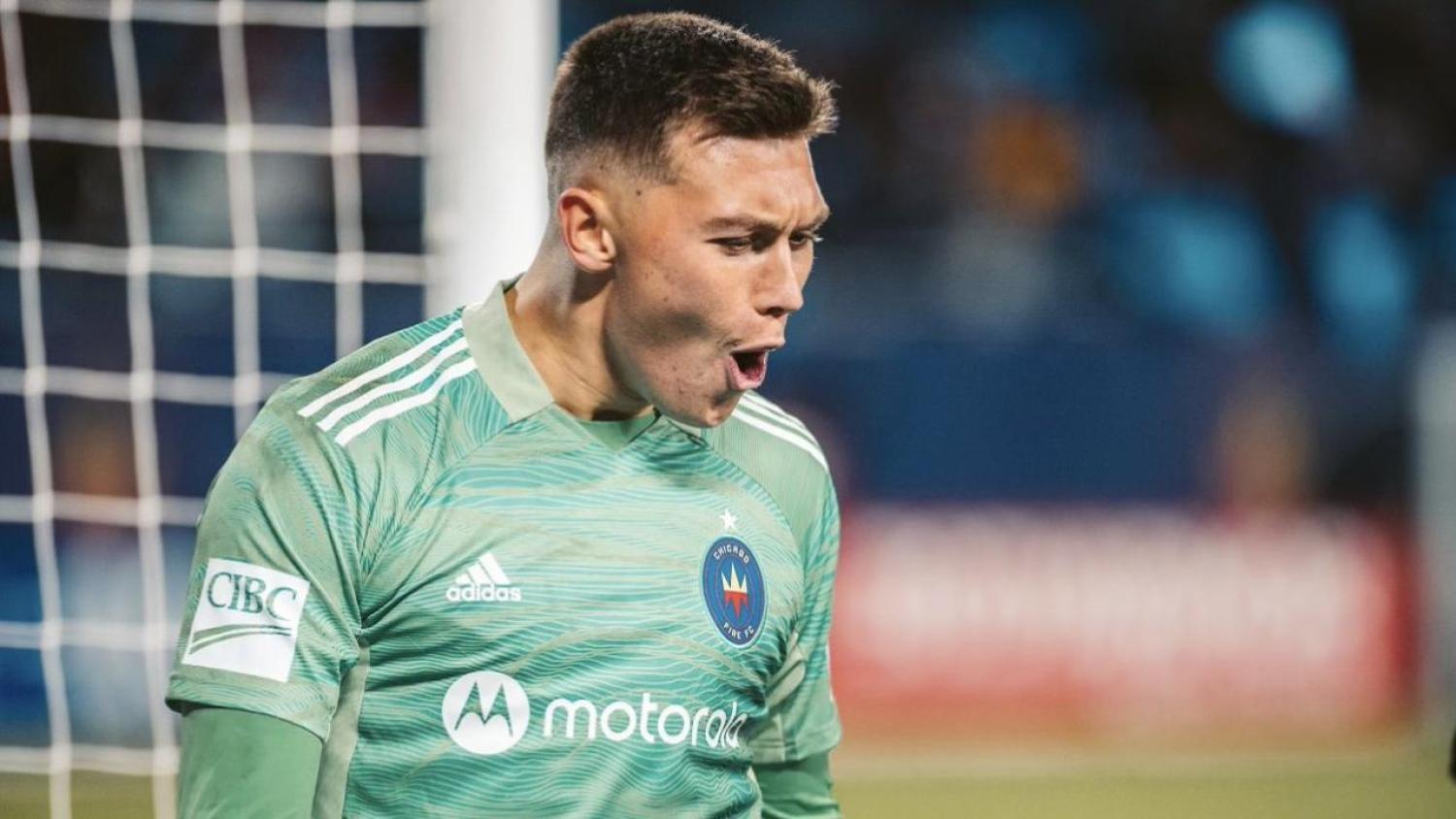 According to Fabrizio Romano, Real Madrid is preparing a bid for Gaga Slonina.
@GabrielSlonina | Twitter

Sergiño Dest made history when he became the first American to appear in El Clásico for Barcelona in 2020. Still, no American has worn the famous white kits of Real Madrid.

That might be changing if reports out of Spain are accurate.

According to transfer reporter extraordinaire Fabrizio Romano, Real Madrid is working on an offer for Chicago Fire goalkeeper Gabriel “Gaga” Slonina. If such a deal were to go through, Gaga would become the first American to play for the Merengues.

Chicago Fire are waiting for the first proposal to arrive soon for USMNT goalkeeper. #MLS pic.twitter.com/gvEwOlxpaN

Slonina has been a revelation in MLS. He recorded four clean sheets in 11 appearances in 2021 as the youngest starting goalkeeper in MLS history at 17; he already has five clean sheets this season. Born outside of Chicago in 2004, the 18-year-old is eligible to represent either the U.S. or Poland, but earlier in May announced his commitment to the USMNT despite receiving a call-up from Poland for June.

Earlier this year, Romano reported on Chelsea’s interest in Slonina, but said a deal worth around $7.5 million fell through because of sanctions placed on the Blues surrounding the ownership of Roman Abramovich. Atlético Madrid has also reportedly expressed interest in the teen’s talents, among others.

It looks like Real Madrid could instead swoop in for the young American keeper. Slonina would be the first American to play for Los Blancos; the only player who has come close was Joshua Pynadeth in Real’s youth program in 2013.

Of course, Slonina would have to ask himself how much playing time he’d get at the most successful club in European football history.

Real Madrid just won the 2022 Champions League in large part thanks to the heroics of Thibaut Courtois in goal. The 6-7 Belgian is 30 years old, just entering his prime in goalkeeping terms. Then again, Slonina has plenty of time to mature, and could use time on loan either back in MLS or at a smaller European club (to be fair, every European club is smaller than Real Madrid).

Or maybe Real Madrid watched Courtois and thought, nah, Gaga can do better, let’s sign the Yank up.