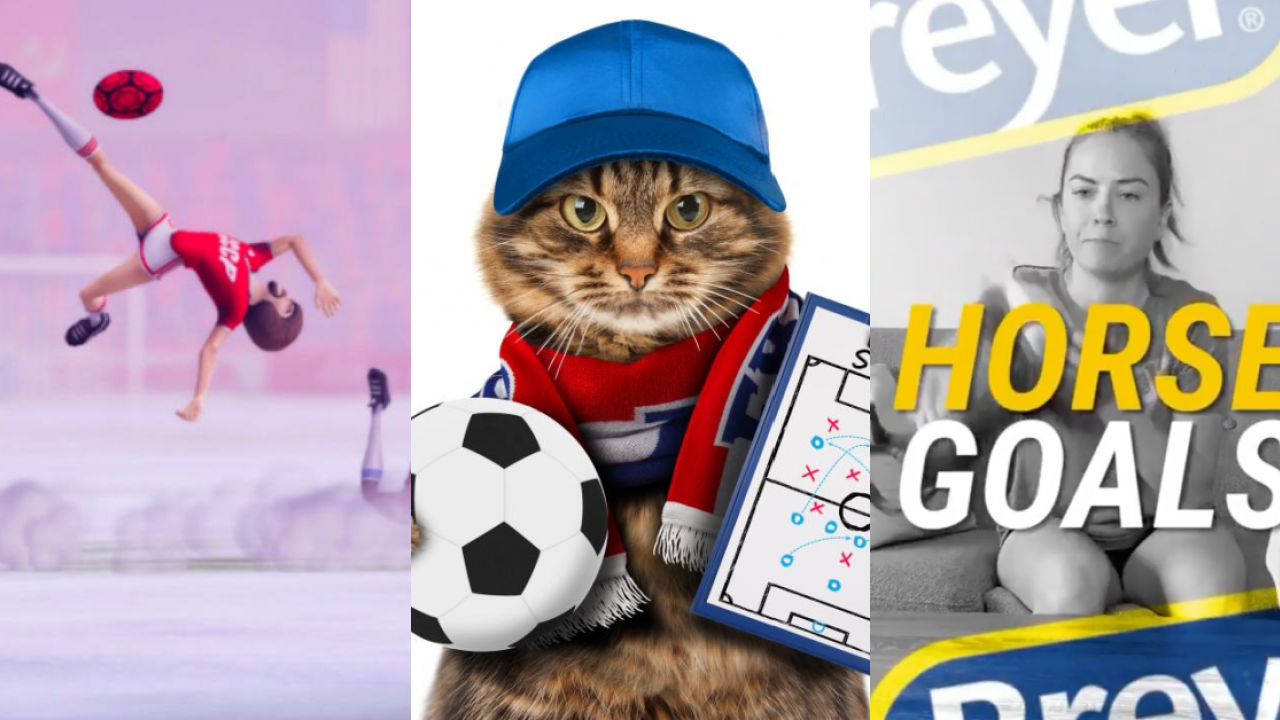 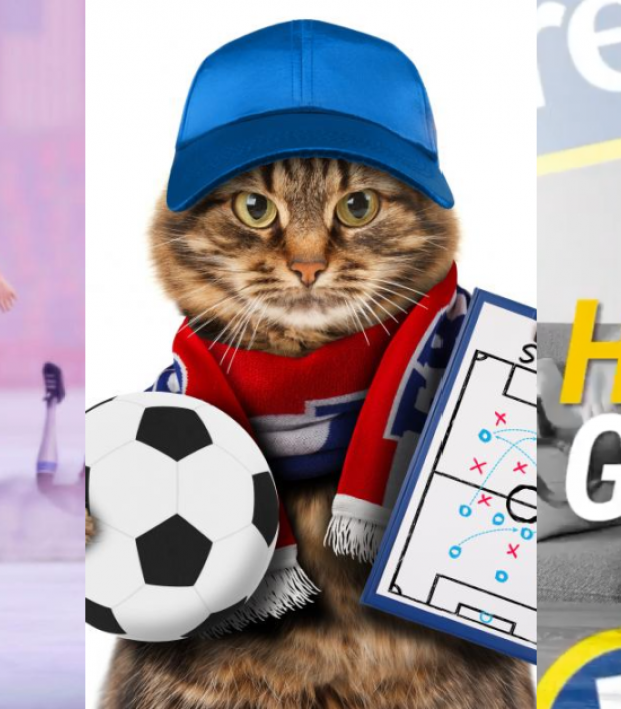 Our Writers Select Their Most Desperate Articles From Quarantine

March 12 marks a full year since soccer in the U.S. — and around the world — shut down over the Covid-19 pandemic. Though we’re not out of the woods yet as we race to vaccinate as many people as possible before new variants threaten to add to the dreadful death toll, it’s a time for reflection on the strange, difficult year that was.

Soccer websites like ourselves at The18 faced a new challenge during the pandemic, trying to come up with quarantine content day after day with no soccer to write about. We went from having soccer matches nearly every single day for decades to absolutely no soccer anywhere, aside from the folks lucky enough to have toilet paper to juggle.

So on the year anniversary of Covid-19 shutting down soccer in the U.S., we’re looking back at the best (and maybe worst) content we created during the pandemic as a way to say thanks to all the soccer fans who stuck with us during these unprecedented times. With no soccer for months, we had to get creative in our goal of providing you with the most entertaining soccer content, whether it was combing archives for historic angles, recreating goals with kids toys or just making weird shit up.

First, we must say that our challenges to come up with quality content during quarantine are nothing compared to the challenges faced by millions of healthcare and frontline workers, not to mention those who have actually contracted Covid-19 or lost their jobs because of the pandemic. We must never forget the millions who have died to this virus, including the oversized portion that came from the U.S. because of the government’s apathetic response to the pandemic.

With that said, here’s a look back at our best/worst quarantine content from the last year.

When soccer first shut down for the Covid-19 pandemic, the world was in disarray. It was a scary time with an uncertain future. We still knew so little about the virus and soccer was mostly an afterthought.

We tried to lean in with some Covid-related stories, like how to celebrate during the pandemic, but quickly switched to a more distraction-based approach. This brought out some of our most bizarre stories during quarantine, and if you like weird, we had plenty of it.

We also just made shit up.

David Moore wrote a series of youth soccer horror stories of dubious veracity. The best was about a sprinkler that ruined his pro potential; the scariest might have been this piece about a mid-match trip to a porta-potty.

Connor Fleming took advantage of April Fool’s Day to write about a non-existent Netflix documentary that we wish was real, even creating a fake trailer for the movie that we now wish Netflix would make already.

Arguably the dumbest idea we came up with was from yours truly, who decided to spend a day documenting the absurdity of soccer cat photos available on stock image websites. If that doesn’t represent a nadir for world soccer, I don’t know what does. 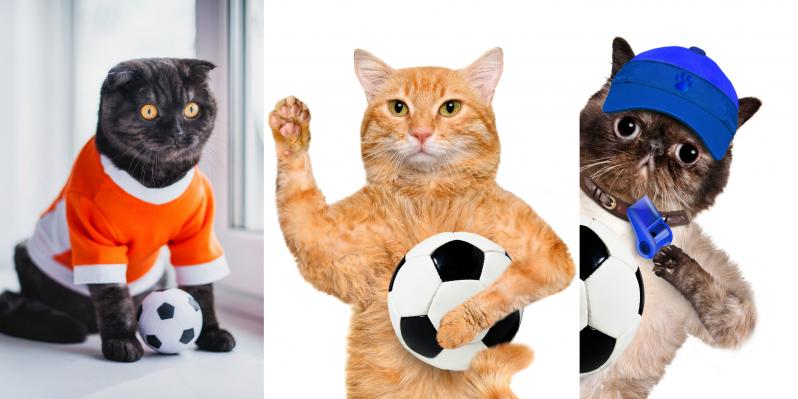 This is what we write about when we have no soccer to watch. Photos: Shutterstock.

Eventually, we just became desperate for soccer to return. We simulated the postponed 2020 Euros with the worst soccer game ever, wrote a rueful letter to soccer as if it was our ex and pondered whether Fortnite has stolen the next great USMNT player.

As summer arrived in the U.S., soccer shifted even further from the minds of the country. The murder of George Floyd by police officers sparked a reckoning on race that couldn’t be ignored. As MLS and NWSL players joined in the countrywide protests against centuries of systemic racism, oppression and police violence, MLS as a league was mostly silent, except for this absurd remix MLS released from David Guetta.

there’ve been a lot of crimes committed against my ppl this weekend, but david guetta putting a drop behind MLK’s “i have a dream” speech is up there pic.twitter.com/4iskArPcVy

When soccer did return, it brought with it powerful moments advocating for positive change in the world.

Young Texan Weston McKennie became one of the first footballers in the world to call for “Justice For George” with an armband while playing in the Bundesliga. The NWSL, the first major professional team sports league to return to play in the U.S., kicked off with a powerful moment for the country, including players taking a knee during the national anthem in support of Black Lives Matter. MLS players made a similarly potent statement of unity at the start of the MLS Is Back Tournament.

It was a hard time to be an American, and it became a relief to see soccer finally return, even if it wasn’t quite the same. We couldn’t help but question the awful use of fake crowd noise.

Even as limited soccer came back, the usual stream of soccer content couldn’t quite return to normal, as our new intern Liam Hanley found out in July on a particularly slow news day.

“After logging on, I soon realized that this planet was devoid of any soccer news. The weekend matches were already covered, the transfer hot stove was frigid and every classic footballing moment had been written about back during the dark days of April,” Liam recalled. “After nearly an hour of searching, the only sliver of a scoop was a report that Japanese soccer was allowing fans back at matches.

“I’m not sure how long it took to type out those 344 words, I can only tell you that it felt like an eternity. Looking back, the article wasn’t half bad, but at the time, it felt so dry and uninspired that I nearly considered a career change. But if that’s the debt I had to pay to the sports writing industry, I’ll take it.”

That was a common theme throughout the spring and summer of 2020. Even when soccer returned, too many people were struggling too much to really justify championing soccer heroes.

Which brings us to our final piece of quarantine content we want to look back on.

While much of this article focused on the goofy, inane ideas we came up with to deal with the lack of football, we have to include Up, our series of videos celebrating uplifting stories from the pitch. Each video takes a look at a footballer’s relationship with soccer and why we love the beautiful game so much.

The series is a strong reminder of why we’re soccer fans in the first place. Even when the entire world stopped playing sports, soccer remained a constant part of our lives.

Whether it was laughing at soccer cat photos or celebrating footballers for standing up for issues off the pitch, not even a pandemic could slow down our desire to share the beautiful game with our audience. Thanks for sticking with us through this unprecedented year. Hopefully we can all get vaccinated in the coming months and put this pandemic mostly behind us, but we’ll never forget the year that was when football shut down.