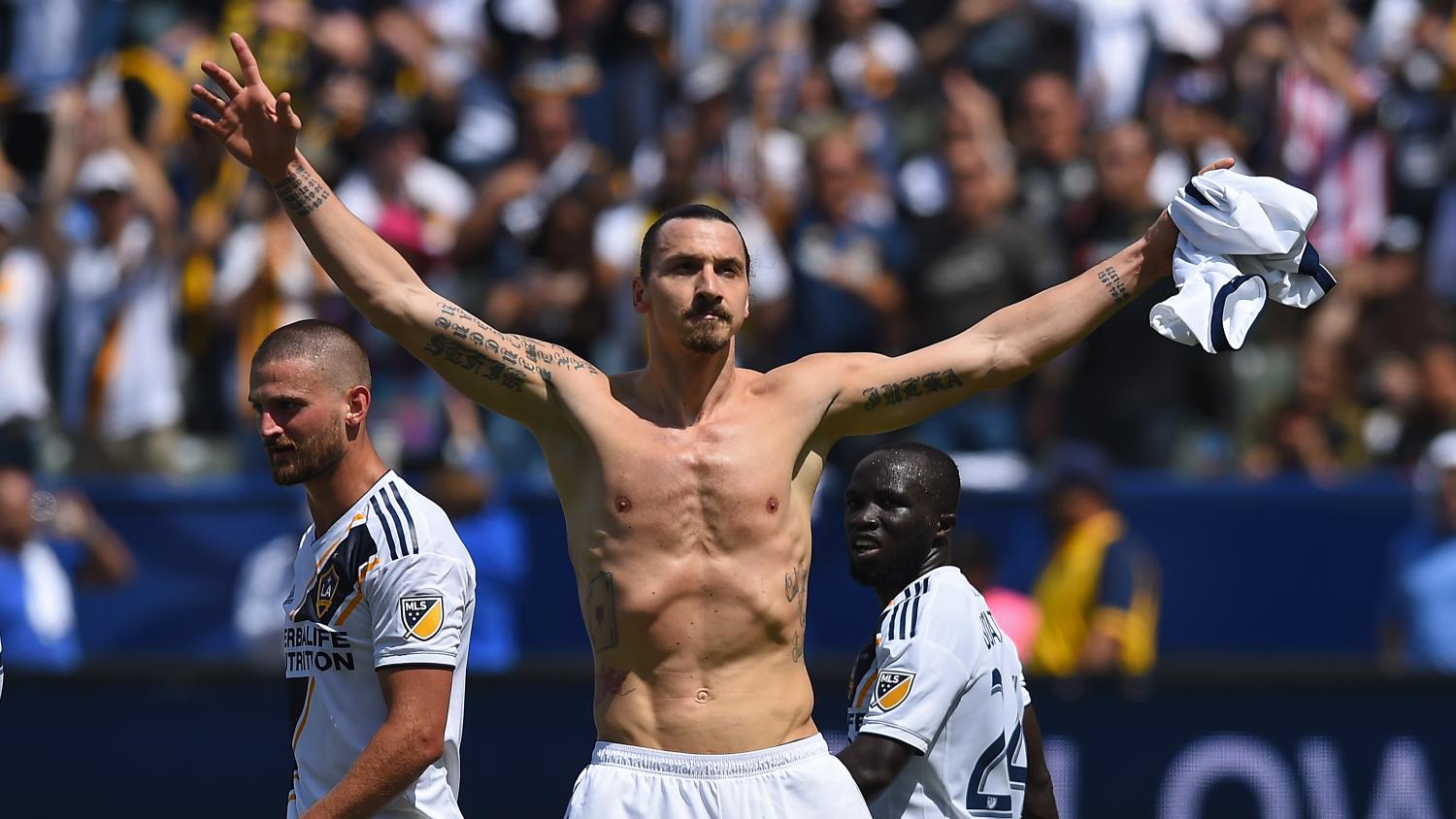 This league has brought in some legends.
Getty Images

The soccer world was rocked on Saturday when it was announced that Gareth Bale was leaving Real Madrid on a free transfer to LAFC. The move is undoubtedly one of the biggest MLS signings of all time, but where does it rank on the list?

Giovinco left Juventus in 2015 after struggling to get consistent playing time but was still a high quality player. He was 27 when he joined Toronto FC, making him the youngest on this list at the time he joined MLS.

Giovinco became the highest paid player in the league at the time with $7 million annually. He went on to set records, get the MLS Golden Boot, win the 2015 MLS MVP and win the 2017 MLS Cup.

He’s one of only three players on this list to actually be an MLS champion.

Next on the list is one of England’s greatest ever players. After spending 16 seasons in the Premier League, Rooney decided a change of scenery to D.C. United on a free transfer was the move.

Rooney was 32 when he came to the nation’s capital and showed everyone there was still plenty of life left in his legs.

He gave us an all-time moment

Another former Manchester United man comes in at No. 8. We’ll give Chicharito a pass for crying about his move to the LA Galaxy and calling it “the beginning of his retirement.”

He joined the Galaxy at 31 and has started to fill the shoes of another player who will be on this list. Every soccer fan in North America knows the name “Chicharito,” and to have him call MLS home is a good look.

Alright, I cheated on this one. I guess we’ll have to call this a top 12 list because I’m bundling Andrea Pirlo, Frank Lampard and David Villa into one package.

Villa was the most successful of the three, but it truly was an incredible period of time when one could say that all three of these massive names were on the same MLS team.

Lampard and Pirlo were both 36 when they signed for NYCFC and in the twilight of their careers. Villa — who signed when he was 32 — supplied fans with the more memorable moments.

And of course, so happy for the goal... ⚽️7️⃣ pic.twitter.com/gPqTD5WLlP

I have the audacity to put Bale at No. 6, and no one can stop me. The Welshman hasn’t touched a blade of MLS grass, which speaks volumes of how big his signing is.

Bale isn’t looking to ride off in the Los Angeles sunsets to close out his career. He has the biggest games of his life coming up in Qatar and has decided MLS will best prepare him. A player of his quality picking MLS over European suitors is one of the biggest MLS signings ever.

"The captain of a FIFA World Cup team... decided specifically to come to @MLS and prepare for possibly the biggest moment in his career."@AlexiLalas and @StuHolden discuss Gareth Bale joining @LAFC ⬇️ pic.twitter.com/D7BeGBbN0y

The only South American on this list, Kaká helped jumpstart the Orlando City scene in the club’s first season. He was a World Cup champion, a Ballon d’Or winner and one of the most well-known names in the sport when he came to Florida.

He was 32 when he signed with Orlando and wasn’t in the top form of his career but still provided three memorable seasons in MLS.

Keane absolutely obliterated MLS during his six seasons with the LA Galaxy. After spending almost two decades in England’s top flight, Keane moved to MLS in 2011. His 104 goals in 165 games across all competitions on top of three MLS Cups speak for itself. Keane is the most successful "star transfer" in MLS history.

One of the greatest players to ever grace the field, Henry played a key role in growing the sport in the U.S. His four and a half years with the New York Red Bulls are fondly remembered for the high level he brought and his goal scoring.

The New York Red Bulls ended up being the last club in his career, but he was a star through and through.

Zlatan only needed two seasons in MLS to leave an ever-lasting mark on the league. The man came to Los Angeles with an ego bigger than the city itself and for good reason. He was dominant. He shoved the league, and his teammates, around like it was nothing.

He showed up to MLS still as one of the top players in the world, lit the league up with 53 goals in 58 games and left to go conquer Serie A. He didn’t come to MLS to retire; he came to f*ck sh*t up.

Throwback to this iconic El Trafico where Zlatan scored THAT goal in his debut for @LAGalaxy pic.twitter.com/J2glWaM2l1

This man is the reason MLS is the growing league it is today. His decision to join the LA Galaxy at age 32 was an unimaginable decision in 2007. He was one of the true trailblazers for top European talent spending the latter parts of their career in MLS.

He’s also partly responsible for making the Galaxy the club that will always have one of the biggest stars in the world on the team. He helped the club to a pair of MLS Cups and now is leading Inter Miami from the ownership front.

There will never, repeat: never, be a bigger signing in MLS history than Beckham. The only player who could come close is if Lionel Messi finally decides to play for Inter Miami. Even then it will still be because of Beckham that Messi is there.

#tbt to David Beckham's goal from BEYOND midfield. Ridiculous. pic.twitter.com/7rwwHoOENl