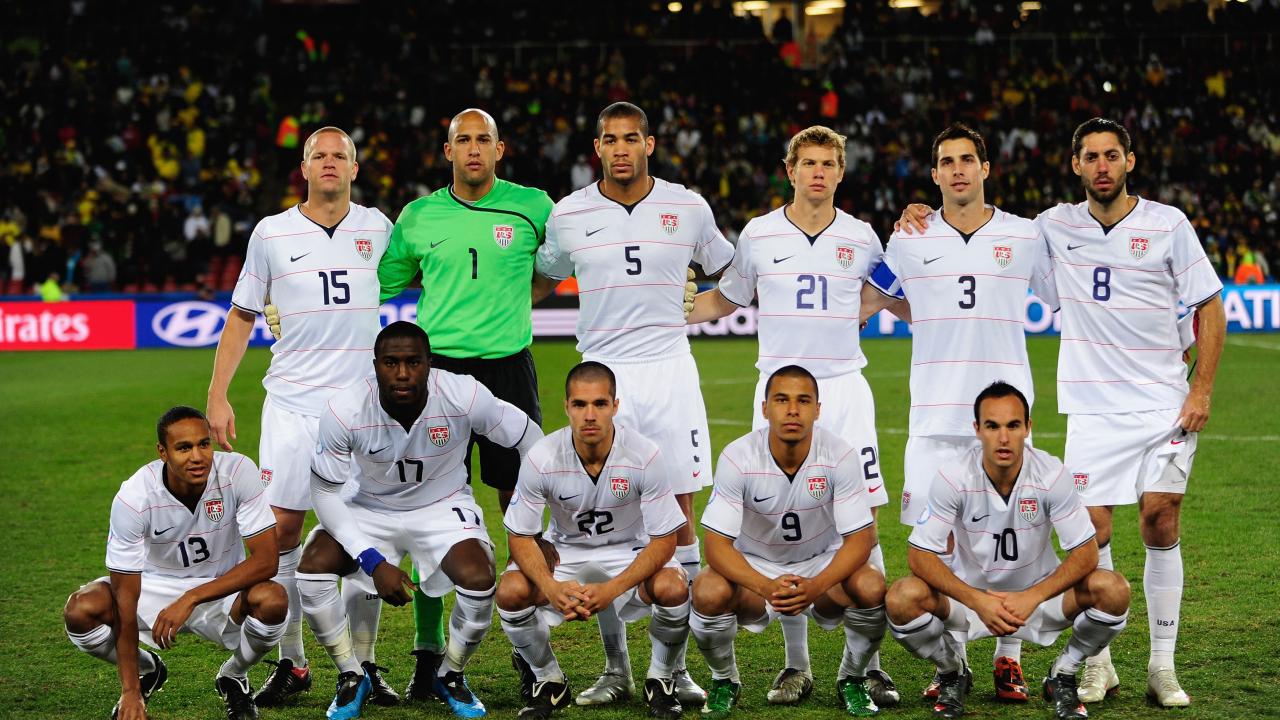 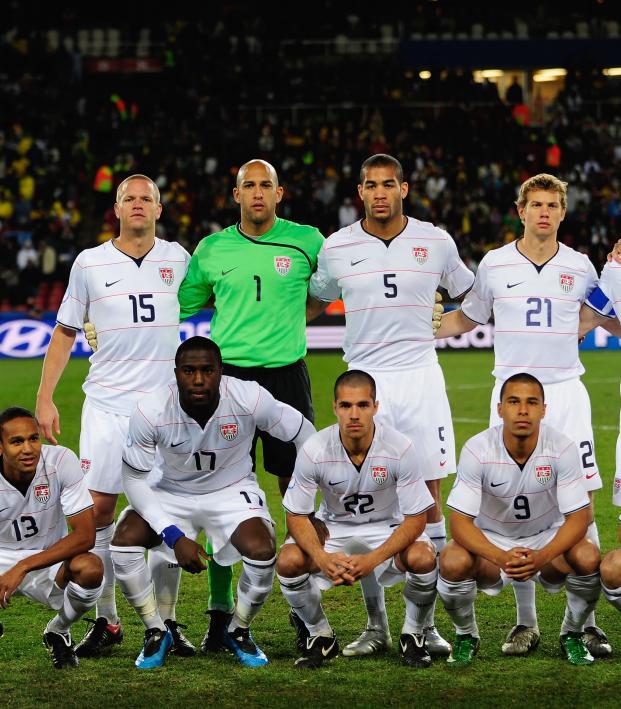 USMNT’s 2009 Confederations Cup Team Was One Of A Kind — So Where Are They Now?

The 2009 Confederations Cup was simultaneously the closest the USMNT has come to a major international trophy and a near abject failure. Bob Bradley’s Americans were extremely lucky to escape the group stage but then came within a Lucio header of global glory. A dozen years later, where are those USMNT players? Many of them remain fixtures on our TVs — not all as players, but as pundits. Others now fill the ranks of coaching and technical staffs at clubs around the world.

Back 12 years ago, the USMNT was coming off a wildly disappointing 2006 World Cup, in which the Americans failed to get out of their group. While not as much of a gut punch as failing to qualify for the World Cup would be in 2018, momentum was only slowly building toward the 2010 World Cup. The U.S. won every match at the 2007 Gold Cup to book its spot in South Africa and it started to feel like maybe Bob Bradley was the right man for the job, having replaced Bruce Arena in 2006.

The USMNT took a memorable squad to South Africa, one that included a balance of experience (Tim Howard, Carlos Bocanegra, DaMarcus Beasley, Jay DeMerit) and youth (Charlie Davies, Michael Bradley, Jozy Altidore, Freddy Adu). Some of the greatest USMNT players of all time were on the squad, including Clint Dempsey and Landon Donovan, who remain tied as the team’s all-time leading goal scorers.

Back in 2009, it was still unclear if this team was actually any good, and after two matches it looked like the USMNT was headed for an early exit.

The 2009 Confederations Cup started horribly for the Americans with pathetic 3-1 and 3-0 defeats to Italy and Brazil, respectively. The U.S. beat Egypt 3-0 on the final day, and, coupled with Brazil’s 3-0 win over Italy, the Americans squeezed into the knockout rounds in one of the oddest groups in FIFA history. Brazil topped the table with nine points while the remaining squads finished with three; the USMNT and Italy had identical minus-2 goal differences, but the U.S. scored more goals and moved on to the semifinals.

In the semifinals came perhaps the USMNT’s greatest-ever moment. The Americans took on Spain, the reigning European champion in the midst of a run that would see it also win the 2010 World Cup and Euro 2012. This Spain squad included Iker Casillas, Gerard Piqué, Carles Puyol, David Villa, Xavi, Fernando Torres, Cesc Fàbregas, Sergio Busquets, Xabi Alonso, Sergio Ramos, Santi Cazorla, David Silva and Juan Mata. And yet, the U.S. won 2-0, with a 19-year-old Altidore opening the scoring and Dempsey clinching it in the 74th minute, ending Spain’s 30-match unbeaten streak. After two awful losses to open the tournament, the U.S. was in the final, against Brazil.

In the final, the USMNT jumped to a remarkable 2-0 lead and it looked like the U.S. might actually win a major men’s international soccer trophy (sorry Gold Cup, no one cares about you). Alas, Luís Fabiano scored seconds into the second half and equalized with 16 minutes to play. Then captain Lúcio headed home the winner in the 84th minute and broke American hearts.

Despite the defeat, it was one of the most memorable tournaments in USMNT history. So, where are those U.S. players now in 2021? Almost all of the players from that squad are retired, but most have found interesting jobs to stay in the game. Let’s examine.

2009 Confederations Cup USMNT Roster — Where Are They Now?

Then a 30-year-old Everton keeper, Howard is one of the greatest USMNT players of all time, having finished his career with 121 caps, eighth most in team history. Howard retired in 2019 — and then again in 2020 after appearing in the USL Championship with Memphis 901 FC, of which he is a minority owner.

Now 36, Bornstein is still playing in MLS with the Chicago Fire.

One of the best leaders in USMNT history, Bocanegra captained the squad in both the 2009 and 2010 tournaments in South Africa and finished with 110 U.S. caps. Bocanegra is another former MLS Rookie of the Year and was twice named Defender of the Year in MLS despite spending most of his career in Europe.

After retiring from playing in 2014, Bocanegra used his football acumen to become the technical director and vice president at Atlanta United.

Casey spent his early career in Germany — including three years with Jürgen Klopp at Mainz — but was a Colorado Rapids icon in 2009. He didn’t appear often for the USMNT (19 caps), but he did earn a spot on that 2009 roster.

After his playing days ended in 2016, Casey got into the coaching ranks. He was a Rapids assistant for a couple years before taking charge in an interim role in 2019, which lasted for 19 games.

At times, Gooch was one of the best defenders the USMNT has ever seen. But also he spent two years at AC Milan without appearing in a single Serie A match while getting into fisticuffs with Zlatan Ibrahimović. The enigmatic player appeared 69 times for the U.S. and retired after the 2017 season.

These days you can find Onyewu on CBS’s soccer broadcasts, primarily covering the USMNT with two other members of this 2009 squad. He also hosts The Crack Podcast with DaMarcus Beasley.

When not posing for photos shirtless on a horse, Pearce had a solid 10-year career, mostly in MLS. He never scored in his 35 U.S. caps and retired in 2015.

These days, Pearce has a variety of gigs, including serving as Chief Creative Officer of For Soccer Ventures, which runs Alianza de Futbol. He’s also done commentary for CBS, CNN, ESPN, FOX, beIN and Copa90.

A USMNT icon from 2001-2017, DMB racked up 126 caps, seventh most in USMNT history. Beasley was the first American male to play in four World Cups and first to appear in five World Cup cycles (could have played in a fifth but for that loss to Trinidad and Tobago).

Beasley ended a 20-year career in 2019 and now is a co-owner of Fort Wayne FC of USL League Two. Beasley has also appeared as a commentator for CBS and co-hosts The Crack Podcast with Onyewu.

Clint Dempsey is a USMNT legend, scoring 57 times in 141 appearances, the last in 2017. The Fulhamerica hero retired in 2018 following discovery of an irregular heartbeat.

After spending a couple years “making babies, hunting, fishing, golfing and being an Uber driver for these kids,” Dempsey joined the broadcasting ranks in the summer of 2021 with CBS.

For a while, it looked like Charlie Davies might become the USMNT’s Fernando Torres. Sadly, a horrific car accident in 2009, just months after scoring at the Confederations Cup, derailed his career and he never fully reached the heights of his early career.

Davies retired in 2016 and is now a member of CBS’s soccer coverage along with the Deuce and Gooch.

These days Donovan, 39, is the head coach of San Diego Loyal in the USL Championship. He made news in 2020 when his team forfeit two matches following racial abuse against one of his players.

A forgotten player in USMNT lore, Wynne appeared five times in defense for the national team. He made 301 appearances in MLS before retiring in 2017 after discovery of a heart abnormality.

Marvell Wynne is now an advisor/investor at FutPost, according to his LinkedIn.

USMNT legend Michael Sheehan Bradley was at his peak during the Bob Bradley era, probably no coincidence he excelled while his dad was coach. Michael is currently stuck on 151 caps, third all time, but hasn’t appeared since 2019.

Bradley is still playing professionally with Toronto FC. The boos have mostly died down since he was primarily blamed (along with Jozy Altidore) for the USMNT’s failure to qualify for the 2018 World Cup. Sadly, his exploits with the USMNT (ninth in goals, second in assists) have mostly been ignored.

Rico was at his height in 2009, just ahead of a move to Germany that saw his career stall (not to mention a poor showing at the 2010 World Cup). He returned to the Dynamo before retiring as a member of the Columbus Crew in 2019.

Clark is now in the coaching ranks, currently serving as an assistant coach for the Vancouver Whitecaps.

Califf made 26 appearances for the USMNT from 2002-09, including two Confederations Cups and a Copa América.

After retiring in 2013, Califf founded Professional Soccer Resource and has held various coaching and scouting gigs, including with Toronto FC.

A Watford stalwart with 211 appearances, DeMerit was in his prime in 2009 and 2010. He was huge in the win over Spain, which he started because of an injury to Bocanegra. He was the subject of a documentary about how he went from ninth-tier non-league football in England to the Premier League and World Cup.

Kljestan turned his 2009-10 USMNT performances into a move to Anderlecht, where he spent five seasons before returning to MLS.

Kljestan is another of the 2009ers still playing, currently a member of the LA Galaxy. The fact he’s a couple of days older than me and still out there playing for one of the league’s most iconic clubs definitely makes me think about how out of shape I am.

Only Dempsey and Donovan have scored more USMNT goals than Jozy Altidore, who hasn’t appeared for the national team since 2019. He was the youngest member of the 2009 squad.

Believe it or not, but Altidore is still just 31 years old and still going strong in MLS as Michael Bradley’s teammate in Toronto. Though he never quite found his footing in Europe (aside from two seasons in the Netherlands), he’s young enough that he could conceivably return to the USMNT at some point.

A longtime backup to Tim Howard, Guzan has still racked up 64 caps for the U.S. His best moment for the national team came in 2015, when he won the Golden Glove at the Gold Cup.

At 37, Guzan is still the No. 1 for Atlanta United. He’s still receiving call-ups for the national team (including the 2021 Gold Cup), though he hasn’t appeared since 2019.

Yep, Freddy Adu was on that 2009 Confederations Cup roster at the age of 20, having just begun his absurd European odyssey in search of a club, though he did not make it on the pitch in South Africa.

Adu’s career from golden boy to journeyman is well documented. He most recently signed with a third-tier Swedish club in 2020, though he was cut earlier this year. At 32, he could yet keep his career alive, but for now he might just be content with reviewing movies .

To my knowledge the only USMNT player to come from Longview, Texas, Torres had a lovely left foot and appeared 26 times for the U.S. from 2008-13.

After spending most of his career in Liga MX, Torres recently moved back to the U.S. to sign with the Colorado Springs Switchbacks, where he is currently playing in the USL Championship.

Spector was a solid defender in England for many years, appearing more than 100 times for both West Ham and Birmingham City, in addition to a stint at Manchester United. He made 36 international appearances.

After retiring in 2019, the now-35-year-old serves as head of international player recruitment and development for Atlanta United, once again teaming up with Bocanegra.

One of the more technically gifted USMNT players, he played 44 times for the U.S. amidst a career spent initially in Europe and later in MLS. It was his dribbling that created the second goal in the win over Spain in 2009.

Although he appeared just three times for the USMNT, Robles was a member of the famed 2009 squad.

Robles left the New York Red Bulls in 2019 as the franchise leader in games and minutes played, and he retired a year later. He’s now working as a “World Cup project manager” to serve “all those that are interested in attending the 2022 World Cup in Qatar,” according to his LinkedIn page.