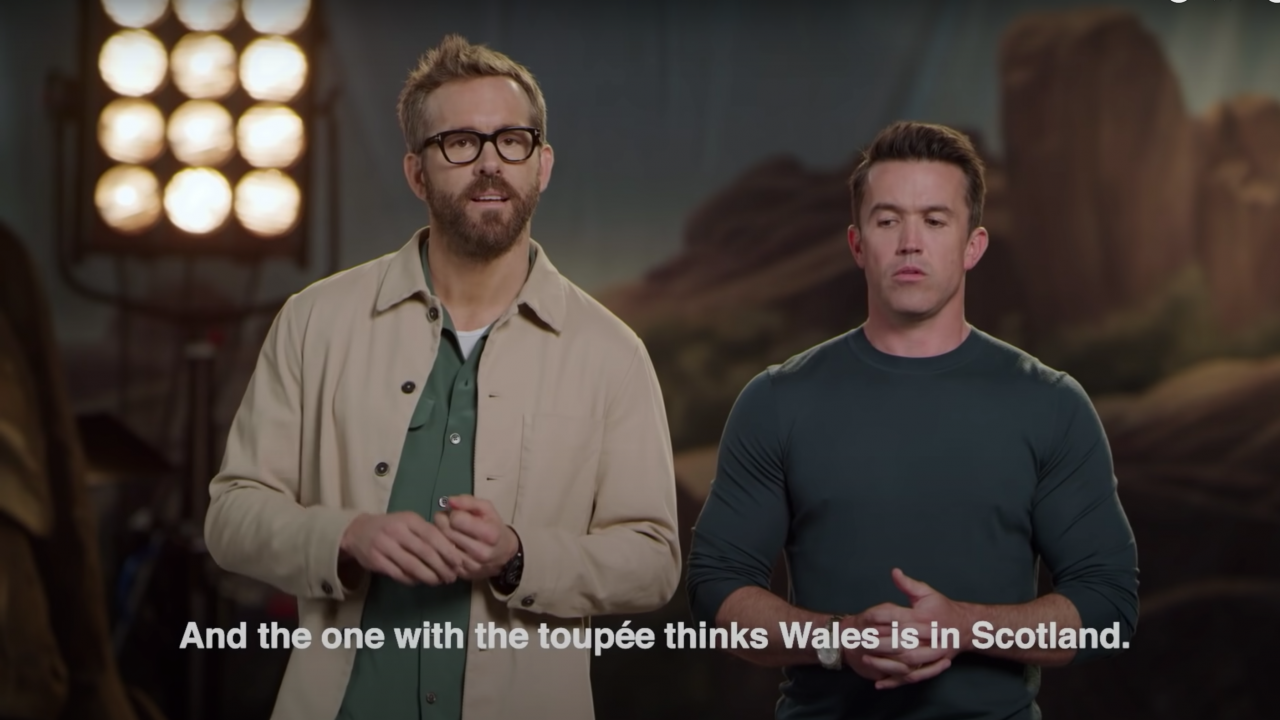 Ryan Reynolds And Rob McElhenney Bought A Club; Now They’re Making A Docu-Series Out Of It

Ryan Reynolds and Rob McElhenney, two of the funniest dudes around, have no shortage of career options. For some reason, they’re using their talents to create a documentary series on the Welsh soccer club the actors recently bought. “Welcome to Wrexham” will follow the comedic actors as co-chairs of Wrexham AFC, a club currently in England’s fifth tier.

Reynolds is famous for his work in Deadpool, Detective Pikachu and some college-humor comedies in the 2000s. McElhenney stars in “It’s Always Sunny In Philadelphia” and a show on Apple TV+ that is overshadowed by Ted Lasso. Both teamed up to buy Wrexham, the third-oldest club in the world, with the takeover becoming official in February.

We can never truly ‘own’ the world’s third oldest club. All @vancityreynolds and I can do is try to improve the club for its true and forever owners – the community of Wrexham. #WelcometoWrexham

This week, FX announced the duo will be starring and producing a docu-series surrounding their ownership of the club, with two seasons already having been ordered.

While details are scarce so far, “Welcome To Wrexham” promises to follow both the club and the people of the working-class city located in North Wales, UK.

“Rob and Ryan will take fans inside the sport as never before, pairing their genuine love for the game with the welcome challenge of building on the heritage of this club,” said Nick Grad, president of original programming at FX Entertainment.

Wrexham AFC added: “From Hollywood to Wales, the pitch to the changing room, the front office to the pub, ‘Welcome to Wrexham’ will track Rob and Ryan’s crash course in football club ownership and the inextricably connected fates of a team and a town counting on two actors to bring some much-needed hope and change.”

If the above promotional video is anything to go by, there should be plenty of comedy. But as anyone who has watched Sunderland ’Til I Die knows, football documentaries can be full of heartbreak.

I’d expect the show to be part Amazon’s All Or Nothing, part Reynolds and McElhenney’s comedic charm and part whatever the hell this video is:

Regardless, we can’t wait to see what these two funnymen can do with Wrexham, both the show and the club. Maybe in a few years the Red Dragons will have climbed their way back into relevancy. They should start by signing a few American players. I bet Freddy Adu is available.