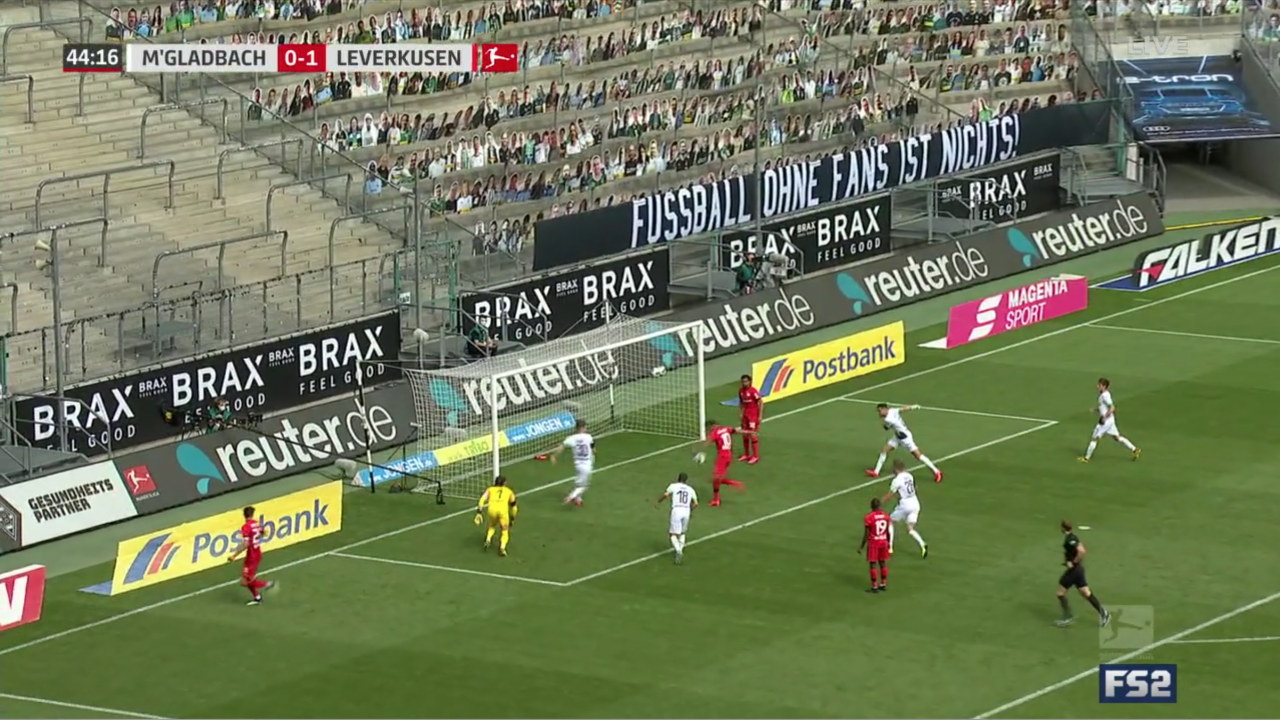 The goal was gaping for Kerem Demirbay. Kai Havertz had just struck the crossbar, but the ball bounced kindly to Demirbay wide open in the six-yard box. It was impossible to miss.

Center back Nico Elvedi never gave up on the play and against all odds recovered in time to get a foot to Demirbay’s shot, clearing the ball off the line in spectacular fashion.

Often times a great goal-line clearance is the result of a striker being a bit too lackadaisical with his finish. This was not one of those times. Could Demirbay struck the ball first time? Maybe. But it’s not like he took his time; the Bayer Leverkusen No. 10 struck the ball quickly on the volley.

Credit must be given instead to Elvedi, who not only had the awareness to stay with the play but the dexterity to stick his boot out at just the right angle.

Unfortunately for Elvedi, it came in a losing effort.

Better than sex dolls in the stands, I suppose.

The win allowed Leverkusen to leapfrog ’Gladbach into third place, though RB Leipzig could jump past both clubs with a win on Sunday. All three sides will have a chance to make up ground on the top two teams in the standings in the week to come as Bayern Munich travels to Borussia Dortmund on Tuesday, meaning one or both of those teams will drop points.