The Coach’s Reaction To Horrible Goalkeeping Mistake Was Priceless

For David Raya, a Spanish keeper playing for EFL Championship side Brentford, his time came in the first half of a match against Hull City at the KCOM Stadium on Saturday. In a match Brentford was dominating, Raya inexplicably allowed a long ball send forward by Hull defender Ryan Tafazolli to skip under his feet and into the back of the net.

Raya made minimal contact at most, but he was still credited with an own goal, which is probably fair, because Tafazolli didn’t really deserve a goal. The funniest part of it all was the reaction of his coach, Thomas Frank, seen right at the end of the above video (and shown below). 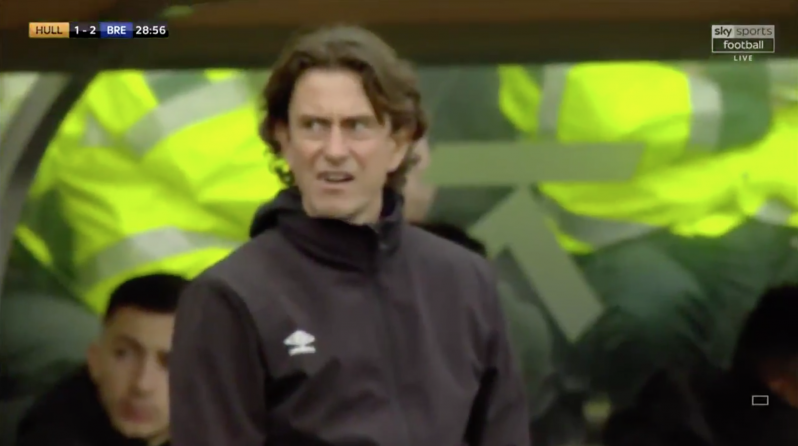 Thomas Frank is not impressed by the David Raya own goal. Photo: Streamable.

To be fair, Frank always looks like that. Here he is celebrating after the game with the bright, lovely smile of a child.

And Brentford could smile after the game because despite Raya’s mistake the club defeated Hull 5-1 thanks to a hat trick from Said Benrahma.