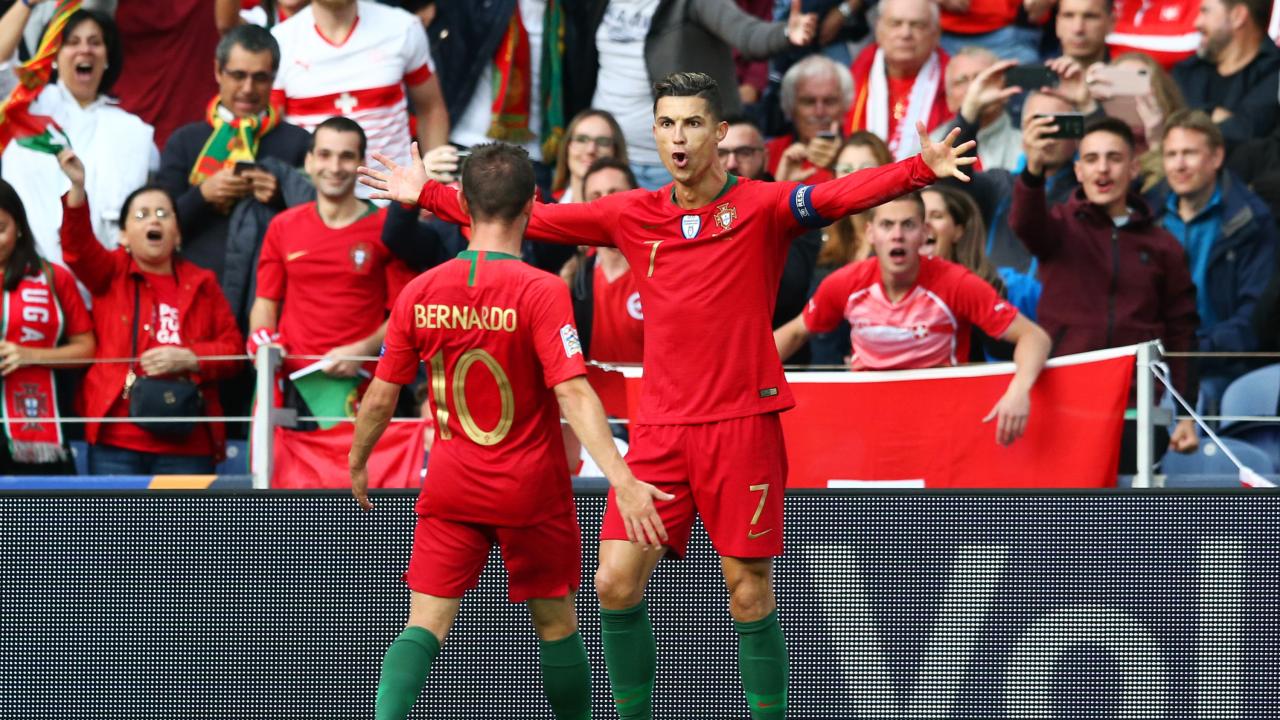 Cristiano Ronaldo is back on the score sheet for Portugal — and in some style.

Ronaldo blasted a brilliant free kick past Switzerland goalkeeper Yann Sommer in the 25th minute to give Portugal a 1-0 halftime lead in the UEFA Nations League semifinals on Wednesday at Estádio do Dragão in Porto, Portugal.

The goal came after Ronaldo was bundled over as he burst toward the penalty area. After Lionel Messi scored countless free kicks this past season, it was Ronaldo’s turn to remind everyone what he can do from a dead ball situation.

The shot had ridiculous power on it, freezing Sommer in place. Switzerland might have done better with wall placement (or goalkeeper positioning), but once the ball was struck, it was always heading for the back of the net and would probably still be rolling had the net not stopped it.

The goal was Ronaldo’s 86th in international play, most among active players. Lionel Messi has 65 and Neymar 60, for those who are keeping count. Ronaldo hadn’t scored for his country since putting one past Morocco at the 2018 World Cup, a few days after scoring a hat trick against Spain.

Ronaldo probably should’ve scored earlier when played in by youngster João Félix, but he also had this piece of filth in the first half.

Ronaldo out there breaking ankles pic.twitter.com/FgO2DXUIJF

Switzerland created a number of great chances in the first half — more than Portugal — but it was the home side that led at the break.

The winner gets either England or the Netherlands in the UEFA Nations League final on Sunday back in Porto. There will also be a third-place match on the same day, also in Portugal.