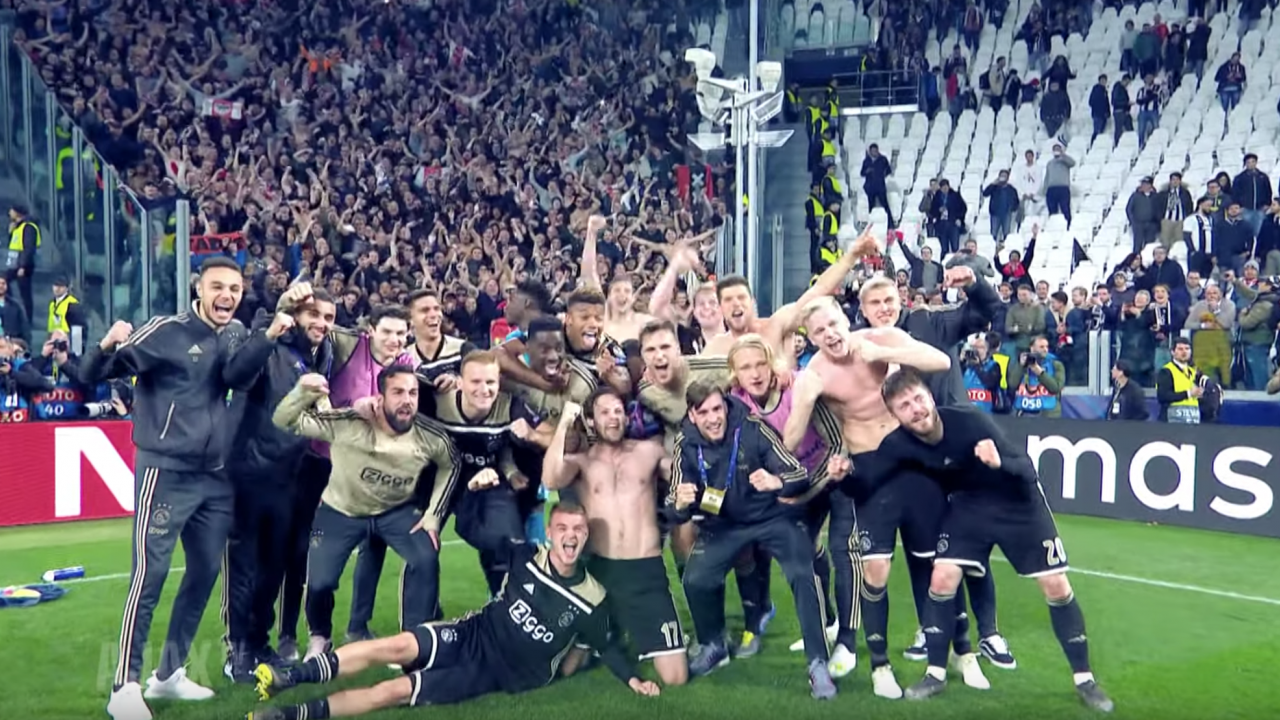 Relive Ajax’s Win Over Juventus With This Inspiring Video

Ajax keeps defying expectations in the Champions League this season. First, the Dutch side knocked out defending champion Real Madrid in the Round of 16. Perhaps more remarkably, Ajax followed that up by taking down Cristiano Ronaldo’s Juventus in the quarterfinals.

Ajax accomplished these feats while playing a beautiful style of football full of lovely one- and two-touch passing made all the more wonderful by the fact most of the players are either young academy products or European cast-offs.

Ajax will play Tottenham in the semifinals on April 30 and May 8 with a chance to play either Barcelona or Liverpool in the final at the Wanda Metropolitano in Madrid on June 1.

Before then, it’s worth reliving the incredible scenes from when de Godenzonen went to Allianz Stadium and knocked off Juventus in Turin.

The above Ajax vs Juventus recap video was created by the Ajax media department and follows the team from the airport to the locker room after the match. While most of it is in Dutch, there’s enough English and you don’t really need to know what’s being said to be inspired.

Unless you’re a Cristiano Ronaldo fanboy or Juventus diehard, it’s hard not to get goosebumps watching one of the most incredible upsets in recent Champions League history.