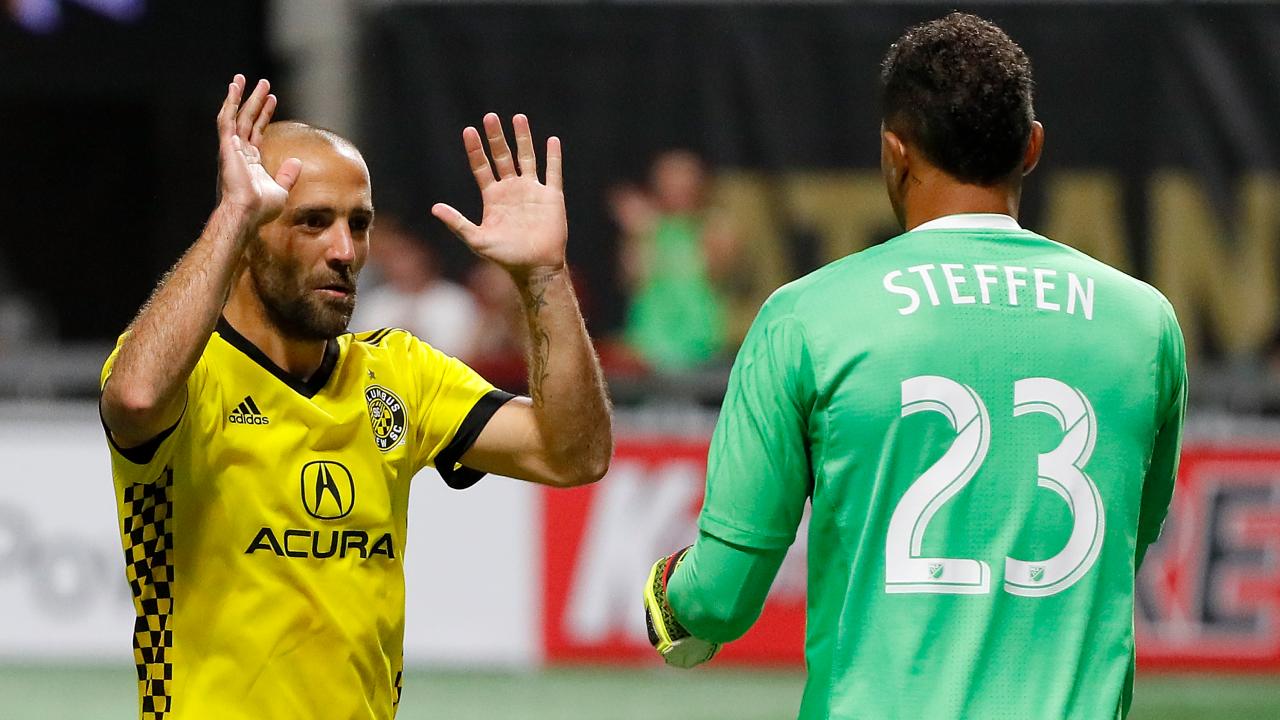 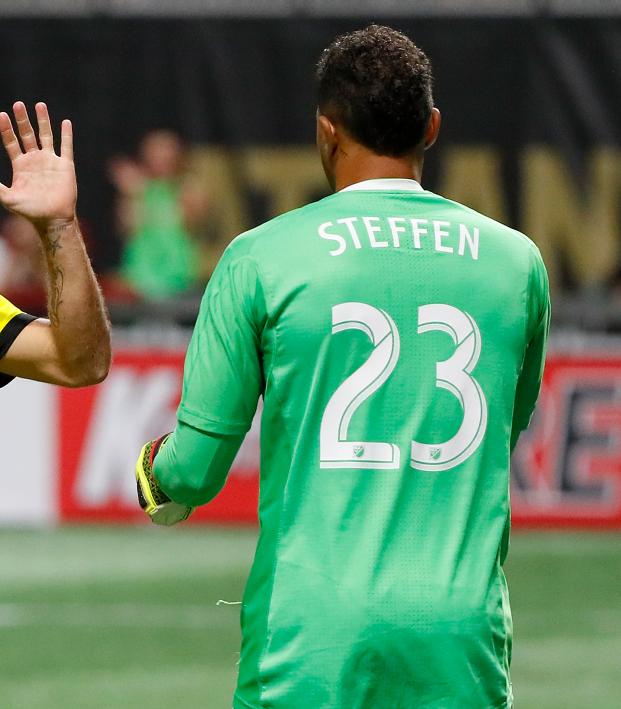 Connor Fleming November 4, 2018
The Columbus Crew registered a shock first leg victory over New York thanks to the keeper's heroics.

A quadruple-header of Sunday MLS Conference Semifinal playoff action began with a shock Columbus Crew first leg victory over No. 1 seed New York Red Bulls at MAPFRE Stadium, and it was thanks to a beautiful connection between Federico Higuain and the totally rejuvenated Gyasi Zardes in the 61st minute.

With USMNT representation provided by Aaron Long, Wil Trapp, Tim Parker, Tyler Adams, Zack Steffen and Zardes, it was the Crew duo of Steffen and Zardes who produced the goods in front of a decidedly meager crowd of 12,892 (although the Nordecke supporters’ section was a constant din of noise).

Steffen lives a charmed sort of post-season life (particularly when penalties are involved), and the post came to his rescue during the only big chance of the opening 45.

The match turned into an end-to-end barnburner, and it was Steffen’s crunching tackle on Daniel Royer that quickly led to a goal at the other end.

The goal was produced by Higuain. After going the full 120 minutes against D.C. United on Thursday, the 34-year-old made due with an appearance off the bench at halftime.

It took him 16 minutes to produce this moment of brilliance. The finish from Zardes was his 20th goal of the season.

Bradley Wright-Phillips came close to equalizing and giving New York a vital away goal before the return leg at Red Bull Arena, but look at this stop from the 23-year-old keeper.

On the whole, it was a sloppy night for the Supporters’ Shield winners. Adams was particularly quiet in the second half and completed only 28 of 42 passes (67 percent), although he still put in a ton of work on the defensive end.

The Crew’s midfield duo of Trapp and Artur did an excellent job of disrupting everything that came their way.

The second leg in Harrison, New Jersey, is scheduled for Sunday, Nov. 11.