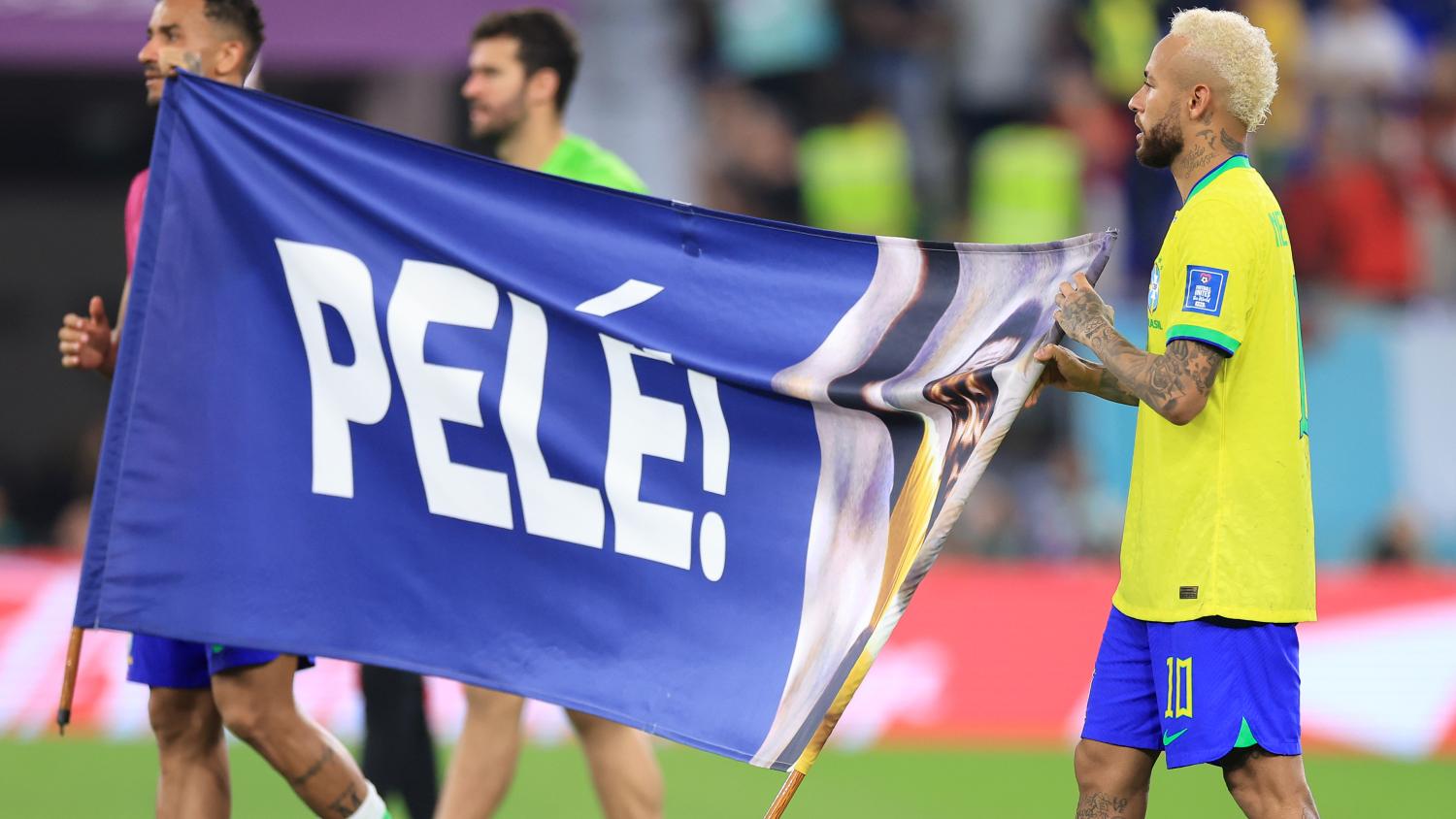 The Brazilian scored a penalty on his return from injury.
Getty Images

Jogo Bonito is back. Again.

Neymar is back from the injury that kept him off the pitches of Qatar for Brazil's remaining couple of group stage matches.

After much speculation over his presence, Brazil's No. 10 started and scored a penalty in a marvelous 4-1 victory over South Korea in the Round of 16.

Neymar scores in first game back from injury

This goal was Neymar’s first in Qatar and his eighth across all three of the World Cups he’s participated in.

The penalty put him as one of the only three Brazilians — next to Pelé and Ronaldo — that've been able to score in three different World Cups.

Neymar is the third Brazilian man to score at three different World Cups, after Pele and Ronaldo pic.twitter.com/nCdDegqaLd

However, even after hitting this milestone, the 30-year-old is still looking to break a record he’s had his eyes since before even landing in Qatar.

Neymar’s goal against South Korea was his 76th for the national team, leaving him only a goal away from tying the great Pelé’s all-time scoring record for Brazil.

Neymar moves one off the Brazilian men's record. pic.twitter.com/sX0uF1sA8i

Although he fell short on his return to the pitch, the Brazilian will have another opportunity in the verde e amarela’s quarterfinal match against Croatia on Friday. It’s only a matter of time.

Brazil and Neymar took the end of the match to send a message of support to their greatest legend, who has been dealing with health issues for the past week.

Neymar brought out a Pele banner after the win against South Korea ❤️ pic.twitter.com/8xvdO9i7a2

Now, let’s hope we see Neymar score another before the end of the tournament, allowing the current No. 10 to equal Brazil’s greatest-ever with a World Cup goal celebration that pays tribute to the king of soccer.