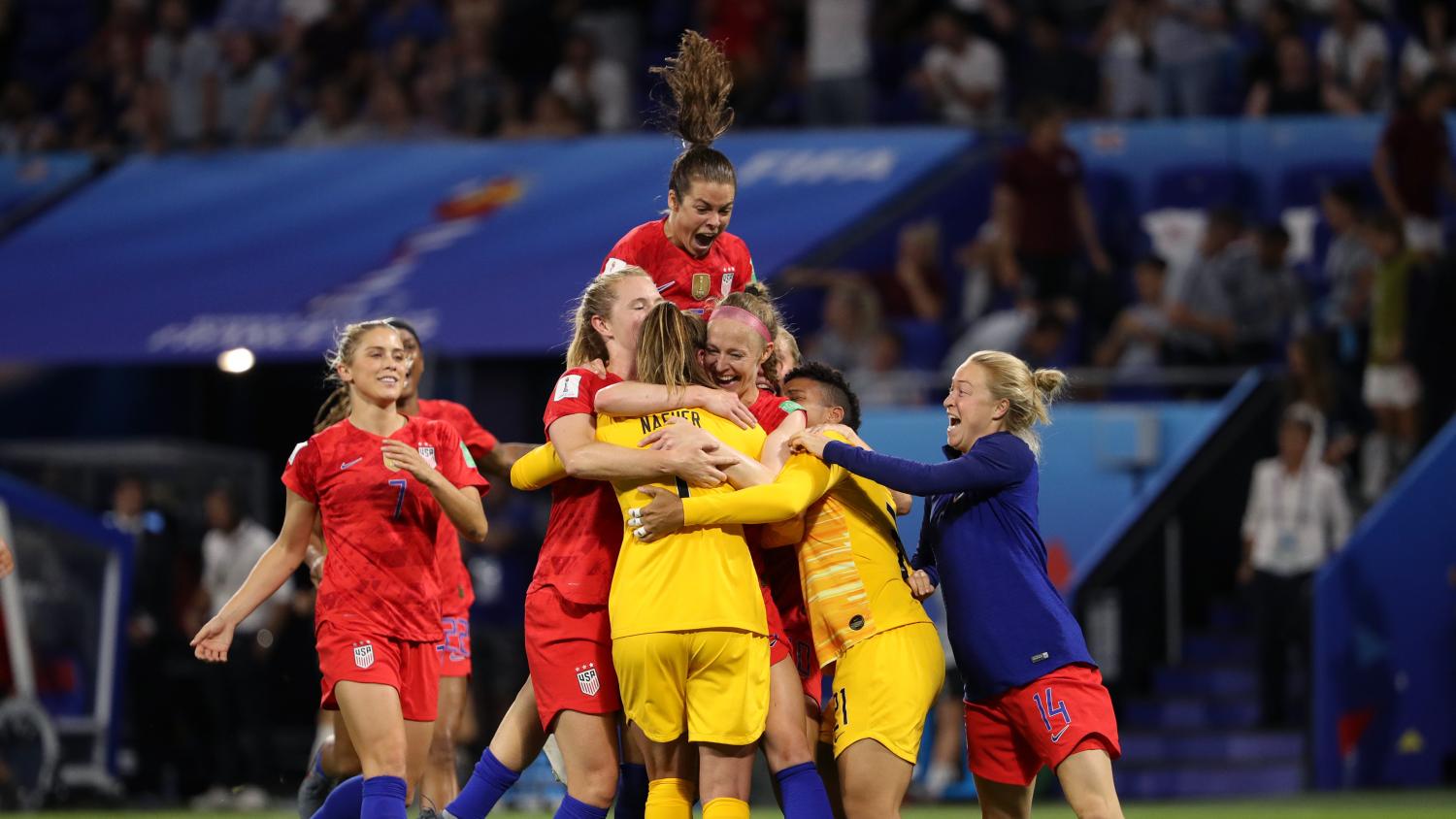 The 2015 World Cup winners and Euro 2017 champions square off in Lyon.
Getty Images

The 2019 FIFA Women’s World Cup final date and time has been decided: On Sunday, July 7, the USWNT will take on the Netherlands at 11:00 a.m. ET on Fox, while Spanish-language coverage will be provided by Telemundo. The venue will be the 59,186-seat Parc Olympique Lyonnais in Lyon, the site of both semifinals.

The U.S. will be the favorite in this one, and anything less than a successful defense of its 2015 crown — especially after overcoming the gauntlet of France and England in the knockout rounds — will be seen as a collective failure for the world’s top-ranked side.

Standing in the way is the 2017 European champions, the Dutch. The Netherlands will have a day less rest than the USWNT after going 120 minutes against Sweden on Wednesday, and the players looked dead-tired at the end of that one. The Oranje won’t make any excuses, but you have to wonder how much is left in the tank for a side that’s had to grind for every single result in France.

Regardless, after entering this tournament with the burden of expectation following recent success, the Netherlands will revel in its underdog status against the U.S.

USWNT Road to the Final

With nine different goal scorers in this tournament (including Sweden scoring on itself), no one’s come close to matching the USWNT’s total haul of 24 goals. Leading the way is Alex Morgan, who’s scored six goals and provided three assists. Right behind her in the Golden Boot race is Megan Rapinoe, who has five goals and three assists as well.

The cross.
The header.
The tea.

Have a birthday, @AlexMorgan13 pic.twitter.com/9VWpLO8KoP

We largely know how the USWNT will line up in attack. Expect a midfield three of Julie Ertz, Lindsey Horan and Rose Lavelle with Alex Morgan and Tobin Heath in front of them. However, Lavelle had to be substituted during the England match with a hamstring complaint, so there’s a chance that Sam Mewis could replace her.

But the biggest fitness question is on the left wing. Is Rapinoe, who sat out the England match with a hamstring issue of her own, healthy enough to start? If not, it’ll again be Christen Press out wide.

In defense, goalkeeper Alyssa Naeher is now legend. The four in front of her, from left to right, will be Crystal Dunn, Becky Sauerbrunn, Abby Dahlkemper and Kelley O’Hara.

After conceding three goals in three matches, there’s a sense that the U.S. continues to invite pressure on itself after scoring the now-customary early goal. The space that’s regularly left between Sauerbrunn and Dahlkemper could be exploited to disastrous effect, but only Spain has been somewhat able to impose its midfield will on the States.

After weathering a storm of criticism following her reluctance to change anything against La Roja, Jill Ellis is again writing her own legend by rattling off victory after victory. Nothing’s come easy since the group stage, but after watching the Netherlands labor against Sweden on Wednesday, don’t put it beyond this team to record another statement final victory, à la the 5-2 win over Japan in 2015.

Netherlands Road to the Final

The Oranje entered this tournament with the celebrated front three of Lieke Martens, Vivianne Miedema and Shanice van de Sanden, and they’ve combined for five goals and one assist. However, Martens has been struggling with a toe injury, and she was hooked at halftime last time out.

In midfield, playmaker Sherida Spitse leads the tournament with four assists, and it was Jackie Groenen who proved the hero with the match-winner against Sweden in the semis.

The defense came into the tournament as the team’s biggest question mark, but the backline has surrendered only three goals — the same amount as the U.S. What’s more, they enter the final brimming with confidence after back-to-back clean sheets. Goalkeeper Sari van Veenendaal has come up with clutch saves, and the center back pairing of Stefanie van der Gragt and Dominique Bloodworth has gotten better and better throughout.

Sweden with the best chance of the game so far off a corner kick, but van Veenendaal does well to see through the traffic and make a kick save. pic.twitter.com/ASLOztBsHa

The Netherlands will try to keep it tight and compact while attempting to hit the U.S. on the counter, but that plan will fail with the U.S. building a 2-0 halftime lead. The Netherlands pull one back with a shift in strategy to start the second, but the U.S. responds emphatically with two more goals before the Netherlands scores a late consolation.