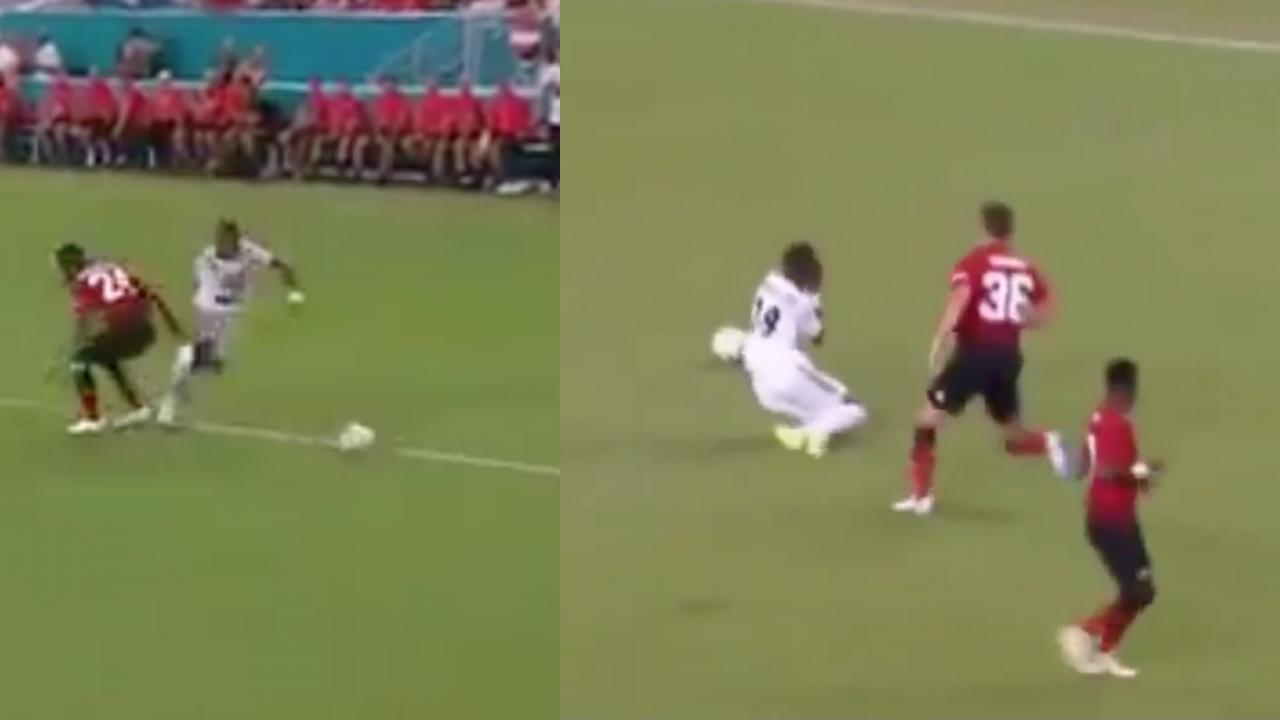 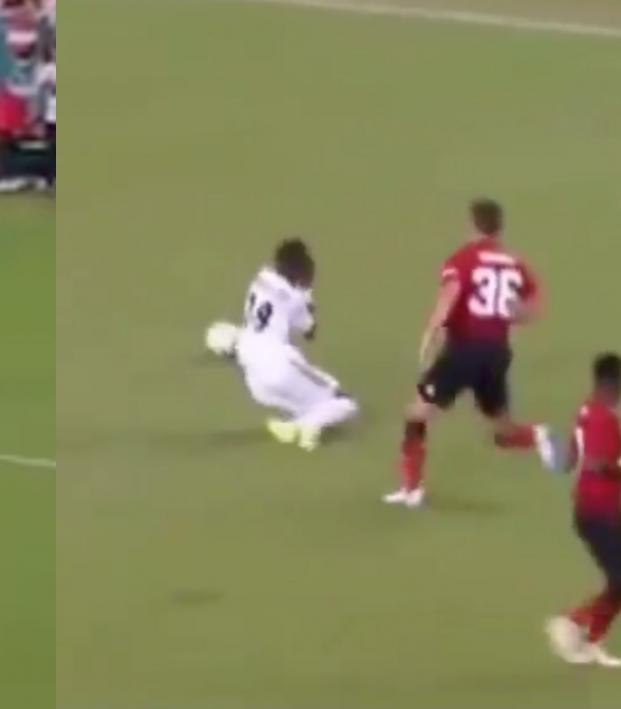 Travis Yoesting August 1, 2018
Vinícius Júnior showed he might just be the perfect man to replace Ronaldo at Real.

For better and for worse, Vinícius Júnior is already looking an awful lot like Cristiano Ronaldo, the man he’s ostensibly at Real Madrid to replace. From impressive Vinícius Júnior skill to enraging flops against Manchester United on Tuesday night, the 18-year-old Brazilian appears to have everything it takes to fill the giant void on Los Blancos’ left wing.

Playing in the International Champions Cup on Tuesday in Miami, Florida, Vinícius Júnior started to the left of Karim Benzema up front, opposite Gareth Bale, just as Ronaldo did before he left Spain for the laxer tax laws of Italy.

And aside from a garish No. 28 on his back, Vinícius Júnior didn’t look all that much different from CR7.

Let’s start with the good. Take this piece of Vinícius Júnior skill vs. Manchester United, where he combined three step-overs to glide past Timothy Fosu-Mensah with ease and send in a cross.

Of course, the former Real Madrid No. 7 was no stranger to diving either.

This isn’t the first time Vinícius Júnior has embellished a foul. Here he is back in Brazil looking like a certain Brazilian who plays for PSG.

Unfortunately for Real Madrid, Vinícius Júnior couldn’t replicate the form of Barcelona’s new young Brazilian, Malcom, and failed to do the one thing Cristiano Ronaldo did without fail: score. The lone goal for the Spanish side came from Benzema (off a delightful cross from Theo Hernández) as Manchester United scored a 2-1 victory.

But, to be fair to Real Madrid, it was the club’s first match of the preseason with new coach Julen Lopetegui. United, meanwhile, was in its fifth of six preseason matches. The Red Devils did score their first outright victory in the International Champions Cup, a positive step after being routed 4-1 by Liverpool and Xherdan Shaqiri's bike.