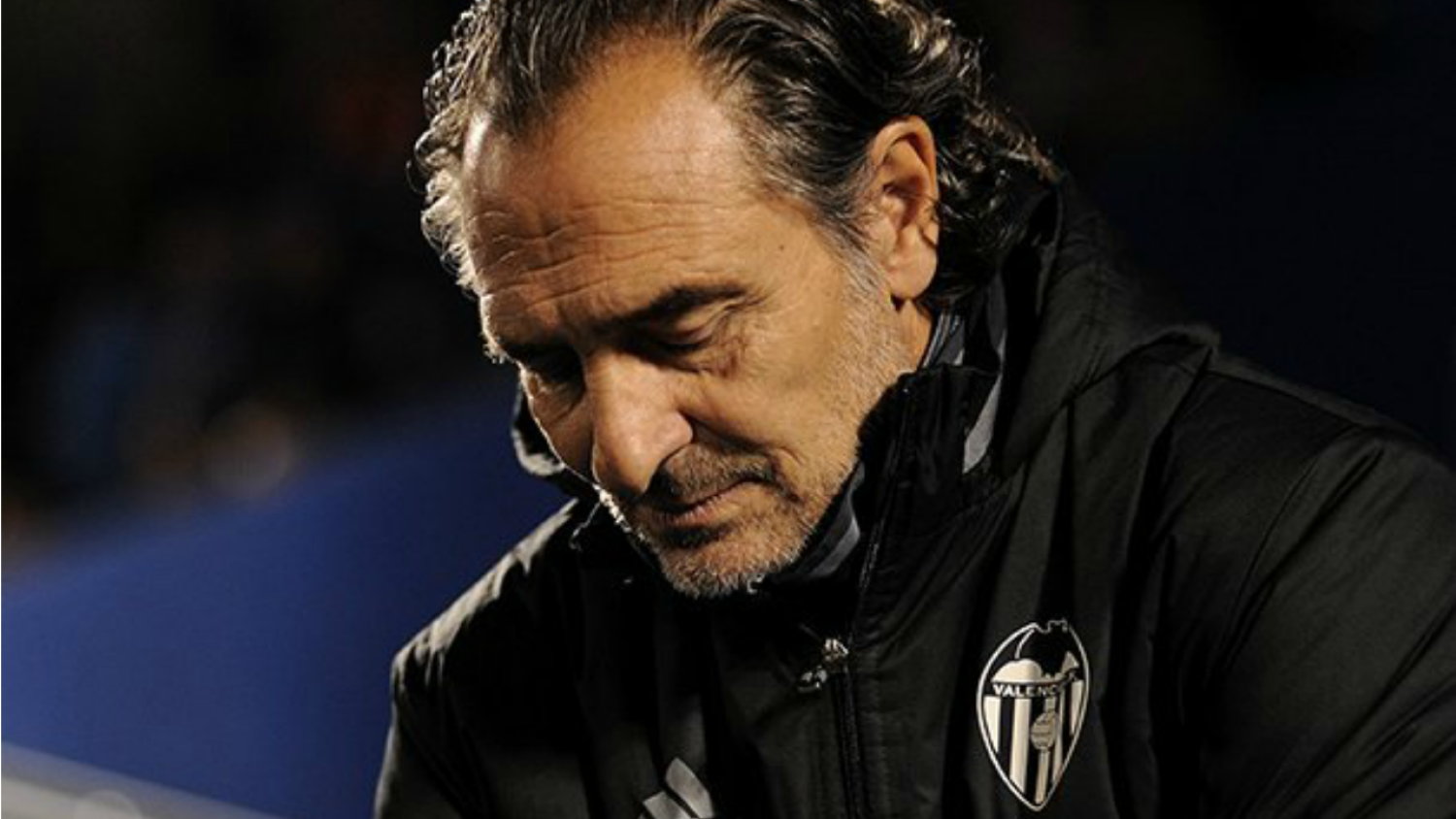 Just when you thought Valencia’s situation couldn’t get any worse, another manager leaves the club. Last Thursday, Cesare Prandelli surprised the Valencia board and fan base by resigning just three months after taking over the team.

Prandelli now becomes Valencia’s eighth head coaching change since Unai Emery left the club in 2012. The Italian leaves Los Che in 17th place in the league table on 12 points and with the lasting memory of his famous “fuori!” (Out!) press conference where he demanded that any player not willing to do what he demanded head for the exit.

Salvador Gonzalez Marco, commonly known as Voro, will once again take over as caretaker until the end of the season — his fifth time in the role. Voro hasn’t gotten off on the right foot after getting hammered at the Mestella by Celta Vigo in the first leg of the Copa del Rey, 4-1.

Valencia have played 18 games across all competitions this season, they haven’t kept a single clean sheet.

It was a project that started with so much promise when the club was sold to Singapore businessman Peter Lim in 2014. He was able to save Valencia from bankruptcy and the team was able to qualify for the 2015-2016 edition of the Champions League.

Sadly, the team has now gone from playing in Europe's most elite tournament to fearing the drop to the second division. Where did it all go wrong? Most experts would probably give several reasons to explain this, but Valencia’s crisis can be explained with a focus on three separate things.

Like any company, it all starts at the top. When the people running the club are off, the whole organization will not be able to function properly. From the beginning, it was said that Lim wanted to turn Valencia into the Spanish powerhouse of old. However, since qualifying for the Champions League, the club has become more of a feeder team for other top European sides. In fact, since 2014, every valuable player the team’s had has left once a big offer has come in. 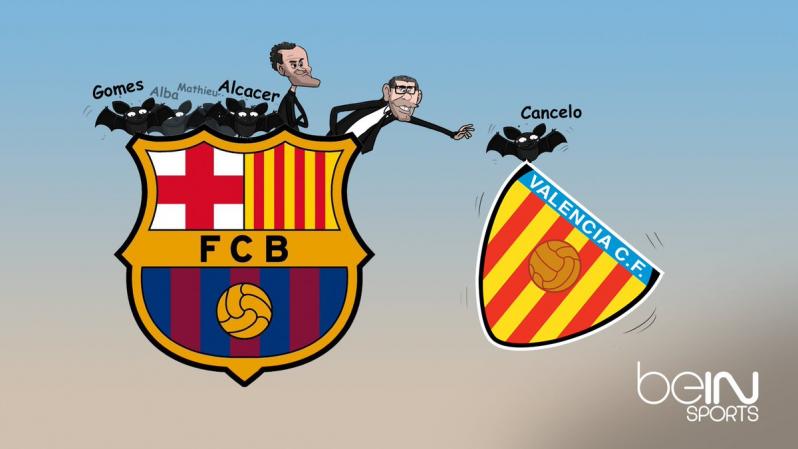 The club’s sporting direction has been absolutely ridiculous. Many have accused Lim of being too close with Portuguese agent Jorge Mendes and allowing the club to sign several of his clients. Valencia’s poor management on the field can clearly be seen with the coaching selections, Gary Neville serving as the prime example.

The Peter Lim era began with Nuno Espirito Santo, a coach who was not well known in Europe and had only coached Rio Ave in Portugal, but ironically had Mendes as his agent. Despite all this, Valencia did finish fourth and qualified for the Champion League in his first season.

After his sacking following a poor run of results early in the 2015-2016 season, Valencia decideded to hire former Manchester United great Gary Neville; also a business partner of Peter Lim.

That’s probably where all football fans realized this project was going nowhere. A legendary player in his day, Neville’s only managerial experience was being the assistant coach to Roy Hodgson on the English national team.

Along with this, he had never played or coached in Spain and didn’t even speak Spanish. As expected, that experiment went horribly wrong and Neville was sacked. Neville’s assistant, Pako Ayestaran, then took over and managed to stabilize the ship until the end of the season. That summer, instead of turning to a more experienced manager, the club decided to continue putting their faith in Ayestaran.

After four straight defeats to open the current season, Ayestaran joined Lim’s list of sacked coaches. Then Valencia decided to hire former Italian national team coach Prandelli. An experienced manager but a risky one as Prandelli had not coached since 2014 when he lasted just four months with Galatasaray. At least this time it was the manager who decided to step down.

This inconsistency has angered the fan base and has left the entire community wondering what exactly Lim has in mind for Valencia CF. All we can say is if the ownership and directors don’t get things sorted out, the second division may actually be a reality for Valencia. Unfortunately, Lim is just one in a long line of problematic owners the club has encountered over the past 15 years.

We’re not going to say that Valencia’s fans are the worst in the world, but they aren’t the most patient either. Some people may say that this is only a recent development because of the club’s current situation, but they’d be wrong.

Valencia fans in general have been like that for quite some time. In fact, many consider them to be the most impatient fans in Spain. Valencia’s fan base was like this even in the early 2000s, when the club was actually competing in La Liga and Europe. Despite all this, almost every Valencia manager since the start of the millennium has faced the famous chant of the Mestalla: Vete Ya! (Leave Now!) For example:

It’s normal for fans to be demanding, but there is a difference between being demanding and unrealistic. Valencia fans want the club to compete with the likes of Real Madrid and Barcelona, but they don’t realize or can’t accept the fact that Valencia doesn’t have the players, coaches nor the funds to compete regularly for La Liga and the Champions League.