Cesare Prandelli Must Lead His Duck-Like Valencia Side To Safety 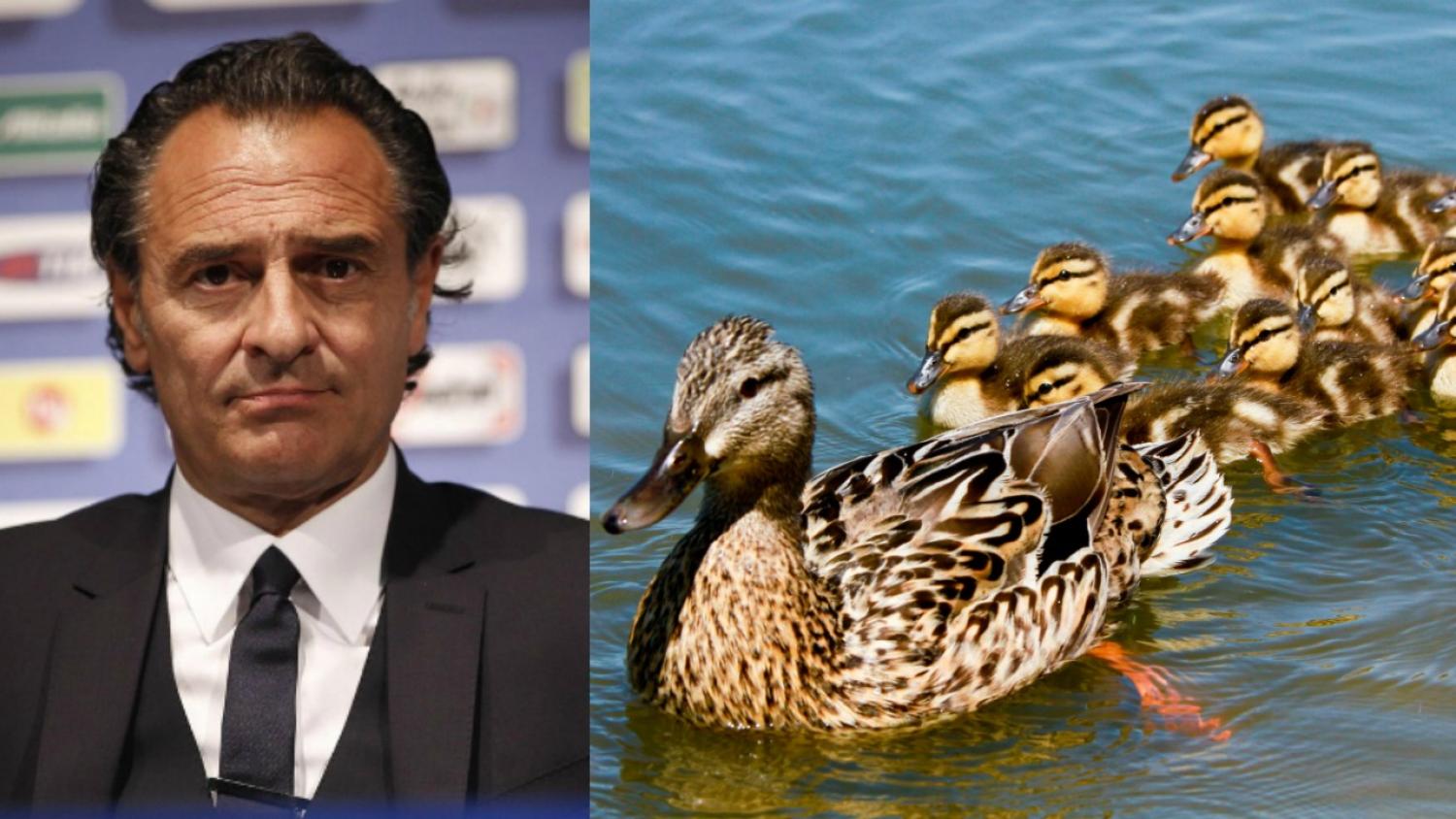 For one brief moment, let us consider the duck. To the casual observer watching from the riverbank, the duck seems to glide across the water with immaculate ease. The only noticeable deviation from the otherwise placid surface is a slight ripple emerging behind the bird, a sign that the water has been elegantly parted by the smooth feathers before collapsing back to form.

From a distance, the movement of the duck is relaxing, calm and refined.

But, if it were possible to look beneath the surface of the water, we’d see an entirely different story. As smooth and effortless as the duck might appear from above, the submarine viewer sees something entirely different. To them, the duck is a constantly churning swirl of orange paddled feet, webbed flaps that drive continuously. The furious chaos beneath the surface drives the duck inevitably forward. But to those above, the duck seems to be entirely relaxed and content.

Valencia CF, in this article, will be the duck.

Over the last decade, thousands upon thousands of words have been written about the mess that is the sleeping Spanish giant. Even in the last twelve months alone, they’ve been taken over by one of the world’s richest men, hired a TV pundit as a manager, narrowly avoided relegation, sacked said pundit and replaced him with the pundit’s assistant, sold all of their best players and then sacked the assistant.

All the while, a half-completed white elephant of a stadium sits opposite the famous Mestalla, a physical reminder of just how chaotic and hectic life can be as a Valencia supporter.

At all times, the club is mired in the midst of the latest batch of chaos, propelled relentlessly forward by the bizarre decisions and actions of staff, supporters, owners and players. They are the duck’s feet. The club’s kit is even the right color.

But now there is a new man in town. Few managers in world football carry the mantle of the elder statesmen quite as well as Cesare Prandelli. Even though he’s only 59, Prandelli has the refined dignity of a man perpetually en route to an enjoyable evening at a cocktail party. For the bundle of storms and stresses that is Valencia, there is no one better suited to playing the role of the calm and quiet duck, smoothing over the rough waves of the club’s idiosyncrasies.

Like many modern managers, Prandelli’s playing career never hit the highest notes. As a player, he won plenty of trophies. A six year stint at Juventus in the early 1980s meant that his time at the Italian giants coincided with that of Michel Platini. The Frenchman, at the time, was the best player in the world. Juve were perhaps the greatest club. But Prandelli was hardly a key part of the squad.

He made 89 appearances across six seasons, but that was enough to imbue him with a tactical nous that would serve him in later life.

Prandelli’s management career made a sluggish start at Atalanta and Lecce, saw success at Hellas Verona and his time at Roma lasted only a few days before he resigned. His wife Manuela had been diagnosed with breast cancer and he wanted to spend more time with her. She would pass away in 2008, the same year Prandelli won the Serie A Coach of the Year award for his work at Fiorentina. Many of the club’s players and staff attended the funeral.

That Fiorentina side were perhaps the best expression of Prandelli’s coaching ideals. Regulars in the Champions League, the manager helped the Florentines to navigate the choppy waters of the post-Calciopoli world, his calm and indomitable demeanor a consistent point of reference. The team played football. In a league renowned for dense tactical thought, Prandelli’s Fiorentina were expansive and exciting.

In the same vein as his successor, Vincenzo Montella, they were often likened more to a Spanish side than an Italian team.

Because of this success, Prandelli was sought out by the Italian national team. In truth, Fiorentina had finished 2010 poorly. The club were happy to allow their manager to succeed Marcello Lippi as Azzurri coach. Italy had been horrified by their performances at the World Cup that year and thought a fresh face could provide a solution.

Under Prandelli, they certainly made an impact. At Euro 2012, Prandelli’s Italy side reached the final. Though they lost against Spain, the team’s fluidity and interplay was demonstrable. Though the defence and midfield were well organised, it was up front where the real story was taking place.

Prandelli had moulded a vicious strike force from two of Italian football’s most renegade players, Mario Balotellli and Antonio Cassano. Between them, these two could have filled five memoirs with their unbelievable antics.

Balotelli started a house fire after setting fireworks off in his bathroom. Cassano was chased around the training ground by a furious Fabio Capello after defying the coach’s authority one too many times. Though apparently at opposite ends of their careers, Prandelli welcomed both of the troubled strikers into his squad and nursed them into a truly dangerous pair.

It was a success that defied expectations. Prandelli seemed to hope to impose a strict moral code on the players, as well as his footballing ideas. He had no trouble dropping Danielle De Rossi, for example, after the Roma midfielder was hit with a suspension for violent conduct. Pablo Osvaldo was banished for comments made about his club manager.

Armed with his code of ethics, Prandelli sought to make Italy into a bastion of moral and footballing quality. That he could do so while nurturing two of Italian football’s most notorious trouble makers spoke volumes about the man’s iron-forged character.

Prandelli has admitted that everything positive he achieved in his four years as Italy coach was undone in one game. A 1-0 loss to Costa Rica saw Italy exit the 2014 World Cup and Prandelli was sacked shortly after. He was replaced by the spittle-flinging intensity of Antonio Conte, whose ideas of discipline were far removed from Prandelli’s style. Italy’s demeanor switched from the diplomat to the drill sergeant.

It’s not just on the field that Prandelli has had such an effect. A strict Catholic, he has written extensively about his opposition to racism and homophobia. With Italian football still struggling to come to terms with more progressive outlooks on such matters, Prandelli’s strong sense of morality lifts him above his peers. Standing on the touchline, he cuts a classy figure.

After a brief and failed appointment at Galatasaray, Cesare Prandelli will take over as the coach at Valencia. Throughout his career, he has walked into tumultuous situations and come out with his head held high and his moral code intact.

Even though Valencia will likely remain an ever collapsing clown car of a club for many years to come, Prandelli can provide them with at least the appearance of serenity. As the orange feet paddle furiously beneath the surface, the svelte figure of Cesare Prandelli will remain stoic on the side-line.